It has been a few weeks since Hurricane Irma dissolved and left behind a path of utter destruction; Cuba, Florida, and Puerto Rico were amongst those hit, but so were the homes of our own citizens overseas. 75,000 British citizens across The British Virgin Islands, Anguilla, the Turks, and Caicos Islands, and other overseas territories, for which the UK is ultimately responsible, were overwhelmed by Irma: the most powerful hurricane ever to form in the Atlantic Ocean, with sustained wind speeds of up to 183 mph. 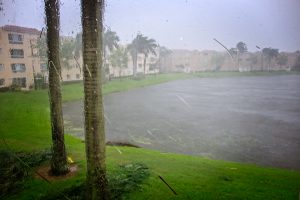 After being heavily criticised for their delayed action, the government later announced that they would be sending military assistance and £32 million in aid. But this is an insignificant amount compared to the response of some of our European neighbours such as France. The action taken by the UK government has been mediocre and organisations such as the UK Overseas Territories Association suggested that the UK’s response has been substandard at best.

On September 10th, the Foreign Secretary, Boris Johnson, wrote that “we will help just as surely as if the hurricane had struck Inverness or Dover or St Ives.” Two days later, Johnson paid a visit to Anguilla and the British Virgin Islands, perhaps as a way to demonstrate the UK’s responsibility for and compassion towards the affected areas. However, his personal response did not reflect the actions taken by the government with regards to the disaster.

Boris Johnson can at least be applauded for his actions, however Theresa May’s lack of involvement and empathy reflects poorly on her government. May called an emergency Cobra meeting, which was a necessary action, yet she failed to connect with the people on the ground, who were directly affected by the disaster. This contrasted greatly with Donald Trump, who immediately visited Texas after Storm Harvey had devastated the state. He may have offered little consolation to those who lost their homes, however his presence was a sign that he sympathised with the victims of the storm. The visit came with the offer of future financial aid. 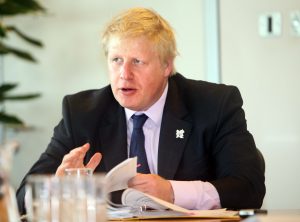 The Caribbean territories remain in grave need of aid and financial support. How leaders and politicians individually respond to these devastating events is vital and can shape the course of action that is taken. While Boris Johnson’s response is appropriate, where was Theresa May in all of this? The indifference that May has shown towards the vulnerable and isolated people living on these islands is worrying, but perhaps not surprising, coming from the leader of a Conservative government who are consistently making cuts and passing policies which hit the poorest in our society hardest.

Let this be a lesson for Theresa May and her government, who failed to respond accordingly to the aftermath of Hurricane Irma, on a practical and immediate level. The response categorises May’s government as one unable and unwilling to help those in need.  The lack of a powerful, immediate, efficient response to the disaster, in turn demonstrated a complete lack of empathy, and further demonstrated the widening gap between party policy and the communities worst hit by events such as these.