JFK – The man, the myth and the mystery 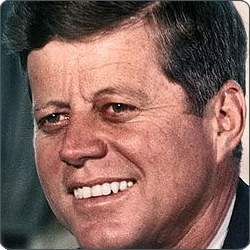 JFK – whilst his image is trapped in celluloid, his motives remain a mystery

Few would dispute the impact of the Kennedy assassination of November 1963 on American society, but there is a broader significance to the argument around the man himself and his administration. You might have caught Andrew Marr’s latest documentary, JFK: The Making of Modern Politics, in which the Kennedy campaign of 1960 is presented as the foundation of all that is wrong with politics today: the displacement of ideological substance by spin, style and personality.

Implicitly, a negative take on Kennedy condemns the whole memorial cult. Connecting Kennedy to contemporary politics, but in particular to the Obama phenomenon, Marr suggests that if Kennedy hadn’t died young his reputation would never have survived as it does today. Kennedy was an eloquent centrist Democrat of semi-marginal status, as a Catholic, who promised the world in vague platitudes and was believed by many people, inspiring hope for “change”. Clinton and Obama fall into a similar category: Toni Morrison memorably wrote amid his sex scandal that Clinton was the first black president (“single-parent household, born poor, working-class, saxophone-playing, McDonald’s-and-junk-food-loving boy from Arkansas”), which of course went no way towards negating the attraction of the first actually black president.

Clinton’s reputation is now tarnished by his slick deceptions, and Obama seems hopelessly ineffectual (telling John Stewart, “Yes we can, but…”). The great John F. Kennedy, though, remains trapped in celluloid – the medium that made him.

While the image of Kennedy remains primarily that of an idealist in power, gunned down in his prime, the facts of the 1960 campaign, Marr argues, tell a different story. Kennedy was an obscure Democrat; he defeated Hubert Humphrey in a West Virginia primary by smearing him and buying votes; he defeated Nixon because he was telegenic, and by the lie that the Eisenhower administration had allowed a “missile gap” to develop between America and Russia.

By declaring, however, that the aim of the documentary is to evaluate the campaign, not the Kennedy administration, Marr leaves the central mystery – the mind of JFK, what he believed, how he thought, whether he was a good man – untouched.

There are hints that Kennedy was vacuous, spoilt, ruthless and cunning, but never more than hints. This reminded me strongly of a book by Seymour Hersh, The Dark Side of Camelot, which presents evidence of diverse crimes and misdemeanours of the whole Kennedy clan, and “Jack” in particular. And yet, in spite of great detail, the same sort of caveat ensures that no full picture emerges: “This is not a book about John Kennedy’s brilliant moments, and his brilliant policies. Nor is it a book about the awful moment of his death and why he was shot.”

What is the case against “Camelot”? For starters, the tragedy-prone network of post-war celebrities emerged from the fertility of one Joseph Kennedy, whose ruthlessness and ambition transformed him from a bootlegger into the American ambassador to our very own sceptred isle. Holding this esteemed position through the initial years of WWII, and as an apparent coward, defeatist and anti-Semite, his suitability for the job came into question.

Subsequently, a mighty disagreement with FDR over the small matter of the desirability of placating Hitler led to his having more time to spend with his family, time which he devoted to pursuing the political success of his boys.

The list of charges against charismatic Jack is far too long: smearing Hubert Humphrey in West Virginia; enlisting the Chicago Mafia to help swing the 1960 election; running against Nixon on Cuba and Communism from the right, by means of the “missile gap” lie; appointing his unqualified brother Bobby as Attorney General; conducting a staggeringly reckless sex life alongside his marriage and public duties; the assassinations of Patrice Lumumba, Rafael Trujillo and Ngo Dinh Diem; attempted assassination of Castro and the disastrous Bay of Pigs affair; the related missile crisis of October 1962, probably the closest the world has ever come to nuclear apocalypse; achieving nothing on civil rights; and, for good measure, the beginnings of American entanglement in Vietnam. 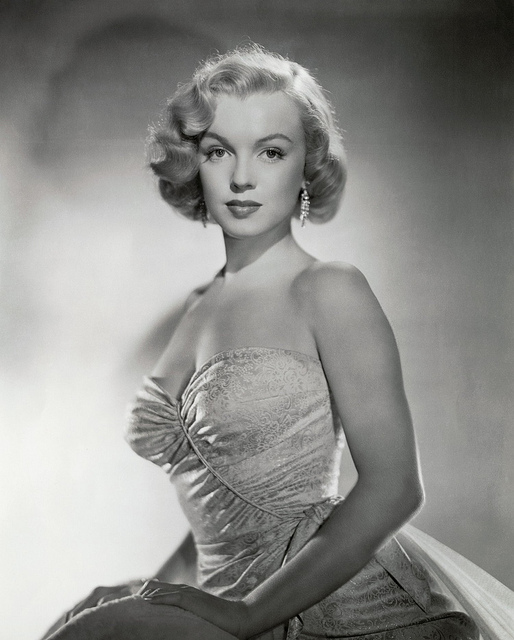 Rumoured to be one of JFK’s many romantic conquests, the mystery which surrounds Marilyn Monroe’s death rivals that of Kennedy himself

The famous Oliver Stone version of JFK is that his inspirational idealism pushed the military-industrial complex to desperation, so that he had to be murdered. Even putting aside the details of the conspiracy theory, it’s not clear that this version of events can be reconciled with the reality as described by Hersh and others. Yet Andrew Marr, while adopting the scepticism of a cynical political journalist, admits to a shiver of the spine upon listening to a Kennedy speech.

So it’s equally unclear how the truth about Kennedy coexists with the “brilliance” that must, ultimately, underlie “charisma”.

Marr’s closing observation, for fans of The West Wing, is the similarity between President Josiah Bartlet and an idealistic projection of the mature Kennedy. Catholic, cerebral, compassionate – you can expand upon the parallel yourself. The whole point of The West Wing seems to be to imagine an administration of the highest possible idealism, while remaining faithful to the constraints of reality. And within that tension lies the mystery of Kennedy. The mind of JFK is still largely an untold story, maybe harder to access than any classified file.