Human Rights: Guantánamo’s Got to Go 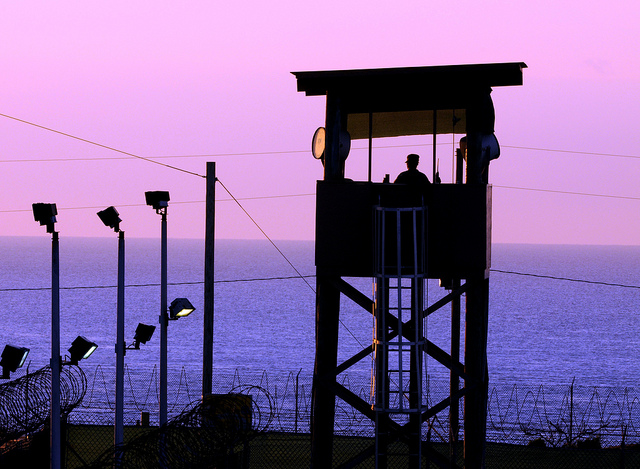 Guantánamo – the name of the US naval base on the island of Cuba that has come to evoke fear in any sensible human heart, and rightly so. Forget Iran for a moment; forget Egypt, Burma and Morocco, and all of those nations that the West rebukes and recoils from because of their use of torture in prisons. Suddenly the problem is a lot closer to home; America is advocating the use of torture, and there is a strong possibility that Britain is complicit.

Durham University’s Amnesty International group recently held a film showing and a question and answer session with journalist Andy Worthington, director of “Outside the Law: Stories from Guantánamo” and author of “The Guantánamo Files”. The most prominent point to come out of this evening was this: the general public are largely unaware of the situation, because the media are not conveying the full extent of it.

There are many things about Guantánamo and the US’s conduct in Afghanistan that prevent either from being America’s finest hour. Previously it was perhaps with the support of the world, justified by the hurt and anger felt at the act of war that was 9/11 in the US, so that it was what many would call a “natural” reaction by the West to such an atrocity. This is no longer the case, and it’s time that the world collectively stands up and says “Stop, enough is enough”.

It started with the US military’s system for rounding up al-Qaeda and Taliban members/associates on entering Afghanistan in late 2001. Their bounty system, which paid out 5000 (215, 125 AFN) to anyone who brought in a suspect, was clearly flawed. If you offer that amount of money to the people of a war-torn, poverty-stricken country, the likelihood is that those people will turn in any stranger or personal enemy for profit, which is in fact what happened. Approximately three quarters of the people captured or turned in had to be released when it was discovered that they were nobodies, but not before they were subjected to some pretty brutal treatment at the hands of their captors.

This treatment has continued, the only difference is that the location has changed. Guantánamo is a US prison where US jurisdiction does not apply. If the situation was not so appalling, the irony would be laughable. This is not to blacklist everyone involved, but those who have recognised that the system installed there is fundamentally wrong have not had the power, or perhaps the will, to stop it.

The detainees at Guantánamo have been systematically denied their human rights. The US made the decision that the Geneva Conventions do not apply to those “enemy combatants” held there. They have had no right to a fair trial, their writs of habeas corpus have been denied, and they suffer the mental torment of an open-ended sentence without trial or judicial scrutiny, with no knowledge of if or when they will be released. They are no longer known as “enemy combatants” but President Obama’s promise to close Guantánamo by January 2010 has not been met. What is their future?

That violence has been used against innocent men who were not or have not been charged is undeniable. There are innocent men who have been released but have been refused permission to return home. These are men who have not seen their families for more than five years. There are men who will never see their families again, such as a taxi driver named Dilawar, who died in US custody in Bagram.

Allegedly, Dilawar was subject to particularly harsh treatment, not because he was believed to be especially dangerous or important, but because the soldiers found it funny that he yelled “Allah!” every time he was struck. The US military released a statement after his death that it was caused by a heart attack. An investigation by journalist Carlotta Gall led to the discovery of 3 coroners who all concluded that his death was caused by blunt force injuries, one stating that the injuries were akin to those on someone who had been “run over by a bus”. How are we allowing such flagrant breaches of fundamental human rights to continue in the 21st century?

Despite gaining the protection of the US Constitution in a Supreme Court ruling in 2008, there are still many detainees of an indeterminate status. British resident Shaker Aamer, who was cleared for release in 2007, has still not been returned to his home and no justification has been given for this. It is believed that due to his eloquent grasp of English he has been a spokesperson for the prisoners of Guantánamo and therefore subject to harsher treatment.

Although even the notion that the above stories are becoming old and tiring is astonishing, it is sadly the case. The longer this goes on, the harder it becomes for those who are still detained, and the easier it is to forget that they exist. David Cameron has spoken of an investigation into British complicity in torture but none has materialised, and no moves are being made to insist that Shaker Aamer is brought home.

Many human rights violations are allowed to proceed and continue due to inaction by the general public. It is very easy not to care because it does not affect you personally, or to say you care but do nothing, or more frequently to believe that one person cannot make a difference. When everyone is of this mentality it becomes true, we cannot make a difference, and we are complicit. Yet if everyone was to stand up and say that this is wrong; to call the US and even the UK government to account; then this situation could not continue, and – and this is the really damning indictment on us all – quite possibly it would never have occurred.

If we harbour the belief that we are even nearly as concerned for the rights of others as we pretend to be, then Guantanamo has got to go.