Human Rights: A Collection of Snapshots 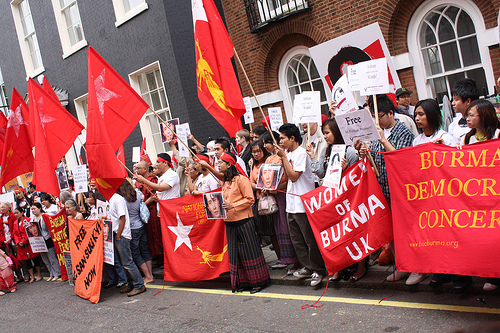 Aung San Suu Kyi’s release raises the question “Will the Burmese people be free of the Junta?”. I rejoiced, almost tearfully, emphatically with the people of Burma, with Aung San Suu Kyi, when I heard that she had been freed from house arrest. But somewhere there is that niggling thought, that pessimistic paradox, that those who have held her prisoner are the same people who have freed her – they have given back only what they took away and still have the power to take away.

Although Suu Kyi has been granted unconditional release, in a country where freedom of speech is denied as a matter of course, what good is it to speak? Suu Kyi promised on her release that “We’ll continue the job of national reconciliation. If we truly want it, it can be achieved… We will go ahead with the people’s understanding and the people’s support, we want to hear the people’s voices and we will act according to them.” It sounds like a dream. The Junta are a cat playing with a mouse. They release her to massive international press interest and a joyful Burmese population, but there is no guarantee they won’t just lock her up again. Anything she does is only by the permission of the regime. This is no solution. This is hope.

The power of hope cannot be underestimated but the Burmese pro-democratic movement must act to convince the Generals that they care about the other 1,200 political prisoners in their country. A general strike could offer a non-violent form of protest and would surely be effective. Well at least I think that, sitting here comfortably in Britain, where, just this week, students invaded the ruling party’s headquarters. They will be prosecuted. They will have their fair trial. No one was gunned down by police in Whitehall as protesters in Burma were in 2007. I just can’t comprehend the fear that people living under such totalitarian authority must face. There is just no recourse to justice. That is why the international community must act. I would never advocate invasion or violence, but something must be done. Letters and speeches form international leaders are lighting a candle, but something needs to be set on fire. 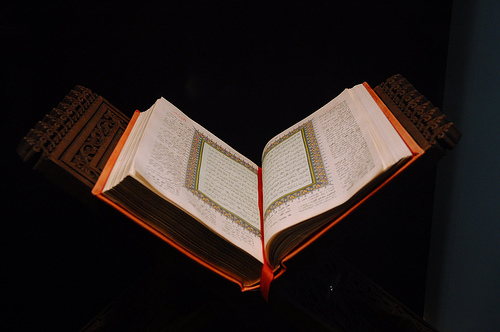 In the wake of an invasion by Christian nations on an Islamic country, the native Christian population have been bombed, hounded and hurt. In the wake of an invasion by democratic countries on a dictatorship, a religious group has been denied their right to freely and openly practise their religion through threats, intimidation, and violence. The first of these scenarios tells a story as old as the Crusades of religious warfare and intolerance; the second tells of scared, vulnerable people suffering an abuse of human rights.

On October 31st, fifty-two people were killed whilst worshipping in a church in Baghdad. However, evidence of such religious intolerance is also evident on our own streets, manifested in the anti-Islamic, xenophobic feeling in Britain today. One Islamic group burned poppies on Remembrance Day and the result was pages such as “You burn our poppies? We burn your Qur’an, see who’s laughing then” with 8,592 likes on Facebook. Thirty people burnt poppies and there are an estimated two million Muslims in the UK. Religious tolerance in Iraq or Britain is a human right.

Jesus told his followers “Blessed are those who are persecuted because of righteousness, for theirs is the kingdom of Heaven” and I hope the Christians in Iraq can find their strength in that. It was not as a Christian country that we invaded Iraq but as a democratic nation wanting to export our democracy. But that is not what those who attacked the Christians have seen us to do. They have seen Christian countries attacking a Muslim country and acted accordingly – they have merely mimicked the West’s perceived religious intolerance. Those who commit acts of intolerance, such as Qur’an-burning, should thus consider carefully the consequences of their actions. 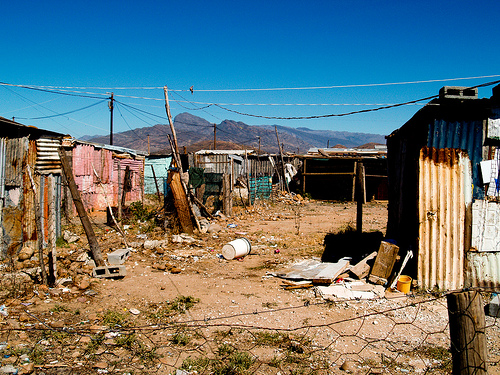 A township in South Africa, a country where rape is a huge problem

In the United Kingdom, one in four women will be a victim of domestic violence in their lifetime (British Crime Survey 2009/10). In the Democratic Republic of Congo, rape is used as a weapon by warring militia – it is cheaper than bullets. In Nicaragua, which is at peace, 14,000 cases of sexual violence were reported between 1998 and 2008; two-thirds of victims were under 17. Prosecution often fails due to insufficient funding; the abuse is often committed by family members. Abortion is illegal in all cases.

A survey in Gauteng, South Africa, the province containing Johannesburg, was taken by the Medical Research Council and reported in the Guardian this week. It found that 37.4% of men admitted committing rape, whilst 25.3% of women claimed to have been raped.

What I found most shocking about these statistics was the apparent openness with which the men admitted to their crime. Obviously there would be confidentiality for the respondents, but even so the casualness with which rape is admitted is appalling. Normally statistics for rape come from the police; they are crime statistics. This is like an opinion poll. If rape is such an everyday occurrence, how many cases must go unreported and unprosecuted? Furthermore, 32% of all respondents believed that “in any rape case, one would have to question whether the victim is promiscuous.”

Violence against women is somehow justified to a significant proportion of Gauteng’s population. It is an accepted part of society, as the conductor of the study, Rachel Jewkes, commented: “We see a situation where the use of violence is so widespread that not only is it seen as being legitimate but I think quite often women forget it. They just see it as a normal effect.” If women are maintaining such low levels of self worth and tolerating abuse, then how can they ever have the courage to report the crimes perpetrated against them? South African society is not one of equals, there may be democracy for all and discrimination may be banned by law but unless mindsets change women will not be able to escape such shocking violence.

But as the statistics from Britain, Nicaragua and Congo demonstrate, this is a worldwide problem. Typically women will suffer domestic violence from their partner 14 times before they report it. And it is a societal problem. It is not simply bad men doing bad deeds. It is the culture which allows women to see themselves as victims, not as equals, which is legitimising the actions of abusive men.