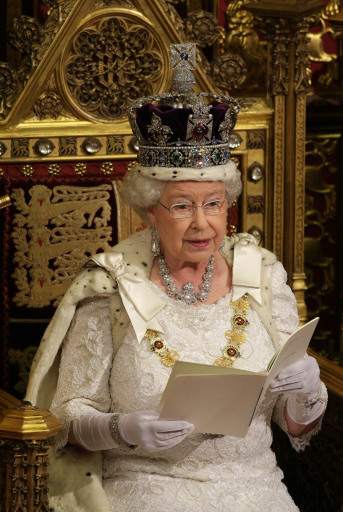 An outdated figurehead that no longer represents 21st-century Britain?

The institution of the monarchy is embedded into British culture. We see the image of Her Majesty every day on coins, notes and stamps, although we perhaps do not take a lot of notice of it. The monarchy is a symbol of what it is to “be British”, some would say a symbol of national pride, which would be difficult to replace with an alternative Head of State. Abolishing the monarch and replacing it with a Head of State who is a President or Prime Minister would bring with it consequences for the culture, history, politics and perhaps patriotism of the British people. With the current spending cuts from the government, some have suggested that abolishing or down-grading the monarchy would be more economically sound.

The monarchy is a living symbol of the rich history of our country, one that perhaps cannot be replaced by a politician. It is a continuation of British identity and culture which goes back many hundreds of years, and many argue that the monarch is a national treasure that we should not be so quick to label as expensive, out-of-date or useless, as some have been inclined to do. Now that much of their former power is in the hands of the Prime Minister, it is possible to argue that the real need for a separate Head of State no longer exists, and that the institution is full of pomp and ceremony without any real substance. Furthermore, British people are unable to vote on who their Head of State might be, and some claim the establishment has lost touch with modern society. This undemocratic way of passing power on is often denounced as the epitome of the class system, far too outdated, and going a long way in perpetrating social resentment from those of a “lower” social class. In modern day society, the lines between the classes have blurred, but in spite of that the monarchy is a sign of the old feudalism which used to exist, yet plays no role in the 21st century.

One important factor to keep in mind is that the monarchy is a long-term institution. The individuals who make up “the Monarchy” are ever-changing, and it can be unclear whether people object to the institution itself, or to some particular persons in it. Often, controversy surrounding events or actions have led some to dislike particular royals such as Prince Harry or Charles, yet people to do not object to the Queen herself. Is it the governing system that some would have changed, or just its current members?

The government has recently announced that spending cuts for the monarchy will be 14%, alongside cuts in areas such as the military, communities and local government. The annual cost of the monarchy is around £37 million, and we often hear of outrageous sums of money being spent on the royal wardrobe, unnecessary transport or on outdated ceremonial spectacles. There is no doubt the upkeep of the institution demands sometimes that large amounts of money be spent on it, the question is whether the money is worth the benefits they bring or not.

For instance, the monarchy brings in a lot of money through business and tourism; a trip to London is incomplete without a visit to Buckingham Palace for many tourists, both foreign and British. The loss of this icon may have negative effects on the economy. For a nation of the 21st century, dominated by multiculturalism, the Monarchy is the one institution in place that is exclusively British, and this helps create a sense of identity, as well as attracting interest from around the world. Apart from this, the Queen does pay tax on her personal income and capital gains, and Princes William and Harry have given valuable time and resources for the benefit of the country, both serving in the army. A number of royals have played and do continue to play important roles in charity work, and the monarchy is responsible for the Commonwealth, which directly links Britain to over 50 different countries and provides us with intercontinental collaboration and diplomacy alongside trade links and other benefits. Overthrowing the monarchy has the potential to do much harm along the way, as history has shown us. The security of the state must be taken into account and the upheaval that comes along with such a change would be significant.

In the upcoming DUS debate, Peter Tatchell is leading the proposition. He has been campaigning for issues including human rights, democracy and global justice since 1967 at the young age of fifteen. His view is that the monarchy, and all the state funding that go with them, should come second to public services. Having years of experience campaigning for LGBT freedom and bringing the human rights of people with AIDS to the public consciousness, he also opposed the war in Iraq and has previously spoken out against the US. He is a believer in economic democracy, as well as in an elected head-of-state.

Alongside him is Graham Smith, executive officer of Republic. This is an organization which suggests that a democratic alternative would be more beneficial to the country than the monarchy. He has recently written several newspaper articles, one of which stated “when budgets of essential services and welfare are being slashed, every spare million should be going to the public, not to the royals.” He says that since the monarch is a figurehead who does not provide any useful purpose to the people, cuts are absolutely necessary.

On the opposition is Rafal Heydel-Mankoo, an expert on the aristocracy and the British honours system. He is a commentator on royal affairs in the Canadian media and has experience in live television commentary, having covered events including the Golden Jubilee of Queen Elizabeth II, the funeral of Queen Elizabeth the Queen Mother, and the Concert for Diana. He has worked educating Canadians about the role and function of the Crown and the Monarchy. Joining him is Peter Whittle, journalist, author and the founder and director of think-tank, The New Culture Forum, an organisation which celebrates western cultural achievement and national history.

The place of the monarchy in the 21st century is an important issue, especially in light of the current “financial climate”. Where the centre of power lies in any state is of vital importance, and attempts to radically change that centre will inevitably cause some kind of social and political upheaval. An in-depth debate on the issues surrounding this will be held in the Debating Chamber on Palace Green, on Friday 12th November at 8.30 pm.