France – Home of Wine, Cheese and Some of the Harshest Censorship Laws in Europe 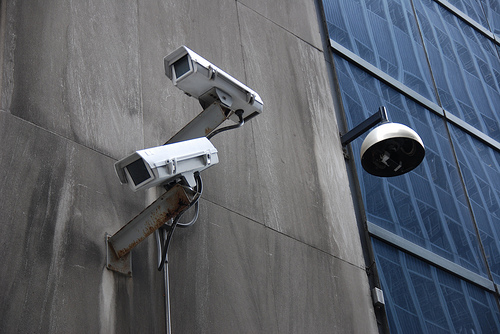 France’s proposals go further than ever before in censorship and surveillance.

Over the past few weeks, the French Parliament have been mulling over a new law which is designed to, amongst other things, protect children from online paedophilia, fight against cybercrime and protect the security of government intelligence. Sounds good, doesn’t it?

However, this law, nicknamed in English the “Loppsi 2 Law” after its predecessor, the Loi d’orientation pour la programmation et la performance de la sécurité intérieure – in English, the Bill on direction and planning for the performance of domestic security – is not quite as clear cut as it seems. Hidden beneath the long-winded and slightly confusing title are what newspapers such as The Register and Ars Technica are calling “the most repressive cybercrime law in the world”.

The most highly contested clause in this law refers to internet censorship and the cyber activity of the government, aimed at protecting the state from domestic and international attacks – understandable, given the current climate. Under the Loppsi 2 law, it will take only the decision of one judge to enable the French police and security forces to secretly enter the house of anyone they suspect to be a “threat to the state” and clandestinely install software to spy on private computers. That means anything typed on the computer can be seen, any files downloaded and even any films watched will all be on record, and the person in question will have no idea that they are being monitored for up to four months. Equally, without even entering the suspect’s house, the police will legally be able to install spyware on the computers of any number of people without their knowledge, paving the way for unprecedented surveillance opportunities for the government.

The main argument against the use of such spyware is that internet-savvy criminals use identical software, meaning that the government would either have to develop software to get around the anti-virus software that the majority of us rely on to keep us cyber-safe (which, should it find its way into the public domain, could have serious consequences). In addition, out of the millions of us using the Internet, the very people who they are supposedly trying to track will be the only ones with the IT knowledge to fight against it, leaving the rest of us open to their surveillance.

The next controversial “censorship” clause allows the French government to come up with a “blacklist” of websites which will be completely censored in France. Sarkozy says it’s to protect children, and only paedophilic sites will be on the list; however, as said list will be top secret, we will never know. The decision to block certain sites won’t even go through a court, but through an administrative authority that will be seemingly accountable to nobody.

Sandrine Béllier MEP says the bill represents “a serious threat” to the neutrality of the internet, and others see this move as the first step in a threat to our freedom of expression. The efficiency itself of such a clause has been called into question – how exactly are they planning to find and block solely paedophilic sites? The people creating these sites are pretty clued-up as to the government’s tracking software and past efforts in other countries have not been a success. In fact, a report released earlier this year on internet paedophilia from 2000 to 2010 says that filtering sites actually promotes the distribution of such sites as “industry professionals” know perfectly how to use such filters to their advantage.

A similar law in Australia resulted in a blacklist of censored sites of which the majority were politically motivated or anti-censorship websites, rather than offensive or pornographic, and this has led Jérémie Zimmermann from La Quadrature du Net to say that this clause is Sarkozy “shamelessly exploiting protection of childhood” in a poorly hidden dictatorial attempt to control our internet activities. The fact that this blacklist will not be made available for public viewing means that the decision of which sites we can and cannot see will be up to the discretion of the government-run agency. Another contentious point in the Loppsi law is the power given to the French authorities to carry out administrative checks on the “behaviour” of people who want to re-use information obtained from public bodies, with the specifics behind this “behaviour” left ambiguous, and thus open to interpretation by the authority in question. This can serve only to reduce access to information, a right which is recognised and protected by the European Parliament and clearly linked to the right to freedom of expression. Coming at a time when other countries are actively promoting open government data initiatives, this article seems to allow, if not promote, the French Government to do the exact opposite and reduce the amount of information available to the public.

The French government plans to spend €2.5 billion spread over the next 5 years, with the biggest expenditure coming in 2013 with €836 million dedicated solely to this cause. Spending costs include tripling the number of CCTV cameras and increasing the accessibility of previously personal data kept by institutions (such as banks), making it available to the police and allowing them to pool data, thus creating a sort of “super file” on whoever they want.

It seems like a sorry state of affairs that one of Europe’s leading economic and political powers has been reduced to passing a dressed up censorship law in a publicity stunt to show Sarkozy’s dedication to protecting children, whilst also granting the government unprecedented powers which can only result in an attack on our freedom of information and expression. The law is due to be passed on December 14th – here’s hoping that before that date at least some MPs remember the principles upon which their (formerly) great Republic was formed: Liberté, Egalité, Fraternité.