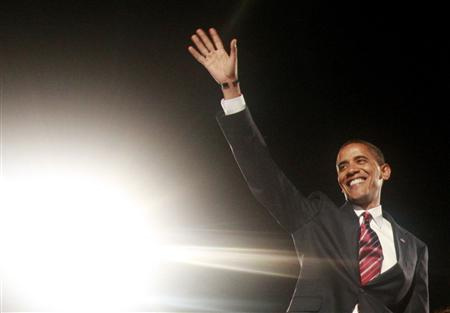 Change we can believe in?

On January 18th, the Harvard historian and “public intellectual”, Niall Ferguson, gave the third in a series of lectures at LSE, available on YouTube, on the awkward subject of Henry Kissinger. Ferguson has been researching a scholarly biography, yet to be written, and has uniquely been granted access to the man himself and his personal archives. From this you may gather that the book is not going to be critical. By Ferguson’s account, the virulence of Kissinger-hatred is explained by his Jewishness; by the failure of his critics – notably Seymour Hersh and Christopher Hitchens – to place him in proper historical context; and by the ideological hostility of two factions, those hippies who identify him with Vietnam and those Reaganites who think of Nixon’s foreign policy as weak. Judging from this lecture, Ferguson is thinking of the biography as a major statement of his ideas on the United States as an Empire, on the value of imperialism and of the need for American power to know itself as imperial. What do the views and influence of Niall Ferguson mean for Obama’s America?

The barrier raised against asking this question is the quite sane, but ultimately unhelpful, feeling that Ferguson is not serious. Most academics, after all, would shy away from adopting the role of retrospective court historian to a powerful man, just as most academics don’t earn mega-bucks from writing popular books and making documentaries. You may know Ferguson as Irwin, from Alan Bennett’s The History Boys – a journalistic historian who delights in contrarian opinions, especially as arrived at through counterfactuals. The latter point is treated rather meanly by Bennett, who has the sumptuous Dakin imagine that Halifax had better teeth, depriving Churchill of the premiership, and so on; counterfactuals are just a means to the pseudo-originality and intellectual showmanship that get you into Oxbridge. Yet in Ferguson’s schema the counterfactual is a prerequisite of serious historical judgement, since the only fair complaint against a policy is premised on a full consideration of available alternatives. Too often we condemn decisions tainted by the evil of their circumstances, evading the responsibility of considering what might have been otherwise. The agents of power, those poor fellows who have to make the decisions, are thus generally abused by the pampered critics of today, who have the benefit of hindsight and generally a host of other benefits delivered to the present by the exercise of power in the past. Most significantly, and most controversially, by this method Ferguson has appointed himself the contrarian defender of the legacy of British imperialism.

It is tempting to write off Ferguson’s sympathy for power, not only as showmanship but as sadism – certainly as unenlightened. Yet ranged against this complaint is the problem of hypocrisy, of the kind that George Orwell wrestled with relentlessly. Writing about everyone’s favourite disgraceful imperialist, Rudyard Kipling, Orwell argued that, “because he identifies himself with the official class, he does possess one thing which ‘enlightened’ people seldom or never possess, and that is a sense of responsibility”. The enlightened rejection of imperialism, for Orwell, undermined the equally enlightened aim of left-wing parties to protect the wealth of the working class. Crucially, this was a problem that Kipling understood better than his literary and intellectual superiors. Ferguson today might argue that the enlightened rejection of American imperialism, including the failure to recognise America as imperial, is incompatible with all of our investment in peace, security, stability – a status quo of which there appears to be no coherent left critique, at any rate not one adhered to by very many people.

What is intriguing is that, although contrarian, Ferguson’s influence on the way the establishment thinks is not negligible. We know that Michael Gove, at the Hay book festival, begged Ferguson to advise on remaking the history syllabus in Britain. It would not be idle to speculate whether Ferguson’s campaign for austerity – which has got him into a great fight with the leader of the “Keynesian” faction, Paul Krugman – has some influence on the Osborne strategy. This relationship with establishment thinking becomes important when you see the implication of his views on American power. In his LSE lecture, you can almost feel the tension in the audience when he announces that the United States, under Barack Obama, “has no grand strategy” – there simply is no Kissinger today – “but you can bet that the Chinese have one”. Ferguson believes that the United States is the successor to the British Empire, but that it is in denial of this fact. During the Cold War, the requirement to play the “Great Game” was seen more clearly, because everyone was terrified of being blown up; but the “game” of power never ends, Ferguson insists, and China is a bigger threat to American power than Russia was. The problem with the United States, when it is not being cleverly manipulated by the likes of Kissinger, is that its anti-imperial and “isolationist” tradition means the game cannot be played openly. Ferguson echoes Paul Kennedy’s message in the 1980s that American spending might bring the leviathan down; both of these British historians echo Kipling’s invocation to Roosevelt to “take up the white man’s burden”. If this all begins to sound a little sinister, well, maybe it is.

“Ordinary Americans”, at any rate, often don’t take kindly to this kind of talk. American world power has required an elite opinion that overrides the force of isolationism – a philosophy George W. Bush has recently identified as primitive (make of that what you will). Where does Barack Obama stand? On the face of it, Obama has a different attitude to American power than his predecessor, even if on matters of policy it is hard to see substantial differences. Arguably, one expression of the divergence of attitude is to be found amid the data gathered in this country by nervous observers of the “special relationship”. Let’s briefly recap. When Obama entered the Oval Office he redecorated, removing the statue of Winston Churchill that the British Embassy had donated after 9/11. Obama’s grandfather, Hussein Onyango Obama, was imprisoned and tortured by the British during the struggle for Kenyan independence. Gordon Brown gave Obama Sir Martin Gilbert’s biography of Churchill and an ornate pen-holder carved from the wood of the sister ship to the HMS Resolute, from which came the material for the desk in the Oval Office: Brown received a box-set of DVDs. Struggling to seem tough during the oil spill, Obama got angry at “British Petroleum”, even though the company is now officially known as “BP”. Recently, most terrifying of all, Obama had the nerve to state that America has no closer ally than the cheese-eating-surrender-monkeys!

The reasons not to be worried by these stories, or angry because of them, don’t need stating. Yet can’t we say that, considered in the aggregate, this information does give us some insight into the way Obama thinks? A negative attitude to the legacy of British imperialism, according to Ferguson, is at the core of America’s failure to see its own power clearly and use it effectively. Ferguson realises, and seeks to perpetuate, the relationship between American power and the world order. This has so much passed into the habit of our thoughts that we often seem to have forgotten it – the critique of American power in respect of Iraq, after all, drew its criteria from “international law”, a system premised on American power. It’s possible that this world order, for better or worse, is going to change. Ferguson is agitating on this point, while Obama may be said to symbolise the coming post-imperial America, and more importantly the coming post-American (“multi-polar”) world. This is not only change we can believe in, but change we may not have much choice about. You can bet, however, that the likes of Kissinger, encouraged by the likes of Ferguson, will not go gently into that good night.