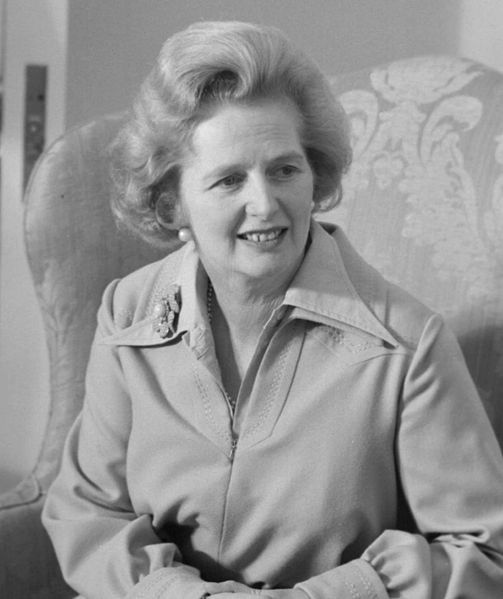 With such a contentious statement, it is no surprise that the resultant debate held at Palace Green on Monday 7th October was divisive to say the least. The debate welcomed some highly established speakers including Lord Howell, the former energy secretary in Thatcher’s government, as well as David Hopper, the chairman of the Durham Miners’ Association. With such diverse views and strong characters, nobody doubted that a fiery discussion would soon erupt in the debating chamber.

Lord Howell, father-in-law of the Chancellor of the Exchequer, George Osborne, was the first to take to the stand. He spoke passionately, if not long-windedly, of the difficultly in resurfacing his old memories of the Thatcher era. It must be said that Lord Howell did not propose a coherent argument for the proposition in question, he merely reflected on his obviously still very raw sadness at being disposed of by Thatcher’s Government on the grounds of indecisiveness. The debate was certainly off to a rather disappointing start.

This was however, until David Hopper launched into his fervent yet highly engaging speech as to why Margaret Thatcher should absolutely not be hailed as ‘Britain’s finest post-war Prime Minister’. Hopper spoke of his dismay at the decimation of numerous mining communities which he claimed were vindictively destroyed during Thatcher’s government. It was clear to everyone listening that Thatcher’s policies caused wounds that are still very painful and deep for some. Hopper passionately asserted that her policies were an absolute catastrophe for the North of England, wiping out the entire coal industry there, which had sustained communities for generations. Statistics that were relayed in the debate confirmed that the industry was still very much a productive one and by shutting it down, Britain was left unnecessarily reliant on imports from Eastern Europe.

Without a doubt, Hopper was the most impassioned speaker in the debate and he certainly captured everyone’s attention from the start to the end of his speech. In particular, he avidly spoke of his resentfulness towards Thatcher’s comment that the miners’ were the ‘enemy from within’, claiming that such a remark was outrageously unfounded. From Hopper’s perspective, the miners’ strike was never solely about pay, but about fighting to preserve a set of values that Thatcher so keenly sought to debase. The tangible threat of Thatcher’s free-market policy and the depiction that an economy based on the ideology of privatisation was inevitable, meant an end to the way of life that miners’ had sustained for generations. Those opposing the motion offered the view that virtues which were very much part of a miner’s life and entrenched in their very being, such as solidarity, collective workmanship as well as individual working dignity, were all callously and ignorantly stripped away by Thatcher’s termination of their industry.

However, as with any major political figures there are of course differing outlooks on the Maggie Thatcher reign. Conservative MP for Thurrock, Jackie Doyle, took an expectedly different stance to Hopper. She presented a powerful case as to why Thatcher was and still is a personal inspiration for her and why she should absolutely be revered as the greatest Post-War Prime Minister. Doyle’s reasoning behind this grand assertion is actually due to Thatcher’s often criticised vice: her divisiveness. The bitter opposition provoked by her policies, Doyle claims, is testament to her apt ability as a Prime Minister. A great leader, she uttered, makes difficult decisions that will never bring full-scale popularity or universal acceptance. This comment however, instigated a fierce response from former MP for Sunderland, Chris Mullin, who pertinently stated that a great leader should not divide but unite people. His assertion that a leader such as Gandhi should be heralded as great, not the likes of Thatcher, certainly produced a collective nodding of heads and affirmations of agreement around the room.

Although the speakers opposing the motion did certainly offer the more potent arguments, Doyle’s speech was definitely a highlight of the debate. She importantly reminisced and spoke of the period before Thatcher came to power, declaring that the economy had only narrowly escaped a huge collapse caused by widespread public sector striking. Therefore, perhaps what Thatcher brought to the country was a far more profitable, competitive and most of all, secure economy through her policy of mass privatization of the inefficient state sector. The pressures on Thatcher must also be recognised; she came to power at a very unstable time when the three-day working week and power cuts were not uncommon. Thatcher had to make difficult choices as to how to direct the change necessary to get the country up and running again. And of course, change can never appease everyone. As such, her failings must be noted such as the introduction of the uncompassionate poll tax and the policing methods used to repress the miners’ strikes. However, her many achievements must also be credited. For example, Thatcher allowed ordinary people, for the first time, to have a stake in their country through council house sales and share issues. She also cut taxes and, most of all, inverted the damaged economy into a booming powerhouse which restored people’s faith and aspirations in the system.

By the end of the debate, there seemed to be no definitive answer to the proposed statement, with half the room voting in favour and half against the motion. However, the conclusion that may be drawn from the debate and this article, is the enduring legacy of Thatcher’s tenure as Prime Minister. For her supporters, she was phenomenal, for her opponents, catastrophic. Whatever your view, it is clear to see that in her death just as in her life, Thatcher continues to bitterly divide a nation.