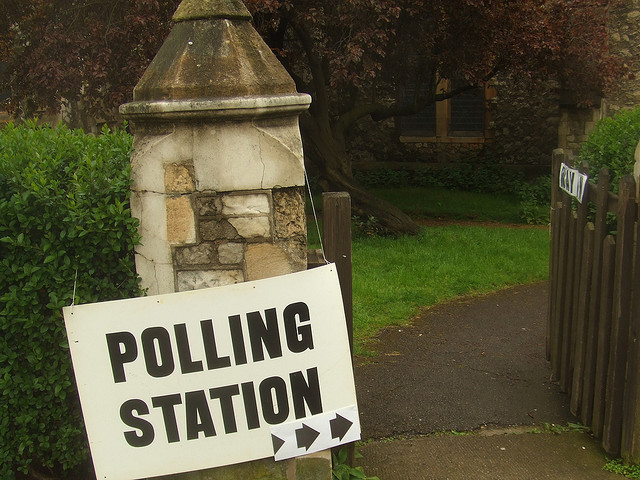 “Democracy is a device that ensures we are no better governed than we deserve.” These words of George Bernard Shaw often come back to me at times of political crisis, of failures of leadership. The news that Greek Prime Minister George Papandreou would call a referendum on his country’s EU bailout, only to capitulate to foreign and domestic pressure not to hold it, is surely a prime example. The blame for this does not lie purely with Mr Papandreou himself – he is the leader of a democratic government, his party must share much of the blame for this lapse in integrity, this capitulation to the will of Germany and France. Yet we must not be surprised. For years the populace of Europe has allowed the European Union and their domestic politicians to perpetrate abuses of democracy with impunity.

Another recent example, closer to home. Our own MPs last month refused to allow a bill for a referendum on our membership of the EU to pass the House, despite overwhelming public support for such a plebiscite. Only 111 of our 650 MPs voted in favour. Politicians are out of touch. That motif has become almost hackneyed, jaded. At the last general election, 34.9% of eligible voters did not cast a vote at all. This makes ‘none of the above’ the second largest party. Turnout has increased at the last two elections, but still falls well short of the levels of the 1950s, when it was consistently between 75 and 85%. This means that in 2005, for instance, Labour was re-elected with a majority of 66 having won the votes of just 22% of the possible electorate. We are disengaged from politics as never before. So you have to ask, is it any wonder our politicians do not respond to our demands? Students consistently complain that government policy does not represent them, or that politicians’ promises to students are routinely broken. Yet their age group is the least likely to vote. People insist that politicians need to bridge this gap between rhetoric and reality, but isn’t that to shirk our duties as citizens too? In the 1950s, the Labour Party had over 1 million members. The Conservatives almost 3 million. In 2009, the Tories had roughly 250,000 members, Labour 166,000 and the Lib Dems 60,000. This from a population around a third larger than it was in 1951. Without our participation in politics, how can we blame politicians for not representing our views?

The public is also woefully ignorant of political issues. A recent survey found that only 14% of the population understand what the difference between debt and deficit is. The number of ‘don’t know’ responses to any political survey is always depressingly high, and one wonders how many of those are actually ‘don’t know, don’t care’. Only 64% of respondents to a recent poll correctly identified a photograph of Ed Miliband. If a third of the population can’t recognize the leader of the main opposition party, who in this country even has an official constitutional position – Leader of the Opposition – then we are in trouble. I wouldn’t like to imagine the level of public knowledge on the Eurozone crisis, granted not an easy topic to understand. Does anyone understand it completely? Plenty of pundits think they do.

As a pro-European, I had hoped that the Euro would survive, but now we learn that the price must be the subversion of Greek democracy. Not in my name. Yet the Greeks, like us, have clearly allowed politicians who are careless with regard to the views of their constituents to take office. The Greek people may get a chance to rectify this soon in a general election, but questions must remain as to how possible this is without a return to mass party membership, or American style open primaries. Choosing candidates is the key. The French Socialist Party recently tried out this concept in its presidential primary. The process which elected François Hollande, the most moderate of the contenders, saw 2.9 million people vote in it. Until this begins to happen more widely, there will be no return to accountability in politics. European voters have been made complacent by economic good times. Maybe now, with the walls of Western Civilization seemingly tumbling down, voters will become engaged once more.

Movements like ‘Occupy Wall Street/ London Stock Exchange’ and the protests of ‘Los Indignados’ in Spain are encouraging signs, yet I still believe that part of the focus for voters’ anger (currently bankers and politicians) should be diverted to themselves. We have allowed this to happen. We in the European Union, and in the West as a whole, all live in democracies. When inhabitants of these countries claim that they are offered a poor choice at general elections, how many of them can honestly say they have ever done anything about that? When the Wall came down in 1989, the new President of Czechoslovakia, Václav Havel, said the following: “We had all become used to the totalitarian system and accepted it as an unchangeable fact and thus helped to perpetuate it. In other words, we are all — though naturally to differing extents — responsible for the operation of the totalitarian machinery. None of us is just its victim. We are all also its co-creators.” Even under a dictatorship, we are partly responsible for who is in power. In a democracy, this responsibility is all the greater. Note even the prepositions used. One lives ‘under’ a dictatorship, but ‘in’ a democracy. That means you too. As the Prime Minister is so fond of saying, “We’re all in this together.” If we genuinely started acting like it, Mr Cameron might get quite a shock.