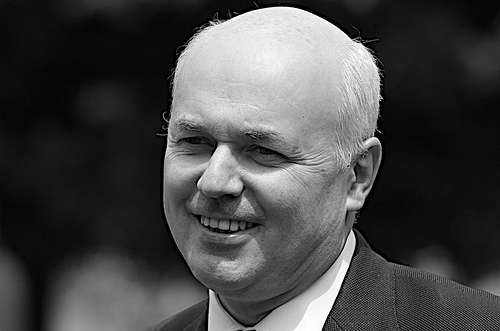 In his nineteenth-century classic, Salvation Army founder William Booth outlined a vision for social salvation; a grand project to transform the “submerged tenth” into “real industrious members of Society”. According to Booth, the first essential point that must be borne in mind in governing every scheme that may be put forward is that “it must change the man… when it is his character and conduct which constitute the reasons for his failure in the battle of life”. Part of his plan involved city workhouses, where mandatory work programmes and stringent regulations existed “to establish and maintain in the minds of the workers sound moral sentiments”. Under the threat of “certain expulsion”, Booth reasoned that “lazy loafers” would be induced to give work a fair trial.

Booth may be history, but his underlying logic lives on. Iain Duncan Smith’s welfare white paper, published 11 November and available on the Department for Work and Pensions’ (DWP) website, offers a “Universal Credit” as the answer to the problems of the labour market. The attempted simplification and rationalisation of the welfare system is certainly admirable, and many of the government’s reforms, both in intention and outcome, should be applauded. Yet resting uneasily alongside these reforms are a whole host of additional sanctions and workfare complexities, which hark back to the Victorian age. Based on the rationale that it is a “sin” to refuse work, American inspired workfare programmes have been proposed, punishing non-participation with three months benefit withdrawal, rising to an astonishing three years in the case of three violations. With the hours of compulsory labour within the margins of Community Punishment Orders, the criminalisation of the unemployed has effectively shifted from tabloid rhetoric to government reality.

Behind the scenes, Iain Duncan Smith has taken the New Labour baton with little fuss. His analysis of the unemployment problem follows a broad party consensus that has existed for over a decade. In similar terms to the previous government’s centrepiece “New Deal” programmes, the coalition conceives unemployment in supply-side terms of worker motivation and individual failings rather than macroeconomic forces, a culturally rooted “Can work-won’t work” phenomenon. In fact, harsh rules are more of a political déjà vu than coalition novelty – punishments are already set in place for those who disobey employer advice, refuse training, and miss job interviews, with ever stricter sanctions for repeated offences. Driven by the overriding need to curtail the DWP budget, Iain Duncan Smith’s policies are merely taking these to the next level. The likely result? Ever greater proportions forced off benefits through strident sanctions, with many more following from the humiliation of compulsory labour and the degradation of the ever-pervasive “welfare scrounger” label.

The evidence against workfare appears more or less insurmountable. Ironically, for some of the most convincing evidence you don’t even need to leave the DWP website. Extensive comparative research of the workfare programmes in the United States, Canada, and Australia conducted in 2008 came to the unanimous conclusion “there is little evidence that workfare increases the likelihood of finding work”. The report also found that “workfare is least effective in getting people into jobs in weak labour markets where unemployment is high”, i.e. the exact situation the UK is in at the moment, and that “workfare is least effective for individuals with multiple barriers to work”, i.e. the very section of the population, the long-term unemployed, that the reforms are targeted at in the first place.

According to the main service provider of the Office of National Statistics, the post-WWII period shows a strikingly consistent relationship between long-term and total unemployment. This clearly indicates the significance of deeper economic explanations in the rise of labour market inactivity. At present there are 2,448,000 unemployed people, 2,405,000 people who say they want work, and 1,137,000 working in part-time jobs that want full-time work. This ultimately means there are over five people for every job vacancy, almost twice as high as the pre-recession figure. The conclusion could not be clearer; job creation needs to lie at the heart of the government’s labour market policy.

These national statistics are also played out at a regional level to devastating effect. The long-term decline of British manufacturing, particularly acute during the Thatcher years, has led to deep regional employment disparities which endure into the present day. Thirteen years of welfare-to-work programmes under New Labour have utterly failed to reverse these deep-seated problems. On the back of the greatest recession in recent memory, the coalition’s spending cuts will no doubt accentuate the problem further. Estimates show that private and public sector job losses will disproportionately hit the North of England, which already suffers from a larger proportion of people out of work compared to the national average. The continued absence of targeted and pro-active policies to rebuild these afflicted local economies will be fatal, and will create a problem that no amount of sanctions and workfare programmes will solve. As Jamie Peck remarked back in 1999, “Unemployment is not five times higher in Yorkshire coalfields than in the Surrey suburbs because of some local deficiency in the work ethic; it is a straightforward reflection of job availability.” His comment holds even greater resonance today.

As for the party in opposition, the waters couldn’t be murkier. Labour’s meagre and inconclusive response to the welfare white paper reflects the deeply ambivalent nature of the party itself. On the one hand, Douglas Alexander’s support for stricter incapacity benefit tests and for “conditional welfare” through sanctions echoes Blair and Brown of the New Labour era. Indeed, it was hard for the new shadow work and pensions secretary not to admit that “many of the government’s current reforms build on what we set in train”. Yet on the other side of the coin, the vague allusions to the Danish flexicurity model and renewed emphasis on job creation is at least a modest departure, and evidence of a party starting to broaden its horizons. Whether this represents a continued close affinity to the New Labour project, or rather the initial growing pains of party renewal, is truly anyone’s guess.

The self-titled “21st-century” welfare white paper is not a “welfare revolution” along the lines of the landmark 1942 Beveridge Report, but merely the latest, albeit significant, stage in the gradual erosion of the post-1945 welfare state. The crux of the matter is that policy debates of recent years have been conducted through a narrowly defined, hollowed out and fundamentally misconceived notion of employability and long-term unemployment. These short-termist, individualistic solutions are ultimately rooted in the failure to recognise the structural flaws of unrestrained free-market capitalism; an ideology that by all accounts should have died in the recent recession. The coalition have been right to point out the failures of the New Labour era, but have drawn entirely wrong conclusions. It wasn’t that New Labour didn’t go far enough, but that they were travelling down the wrong road in the first place.