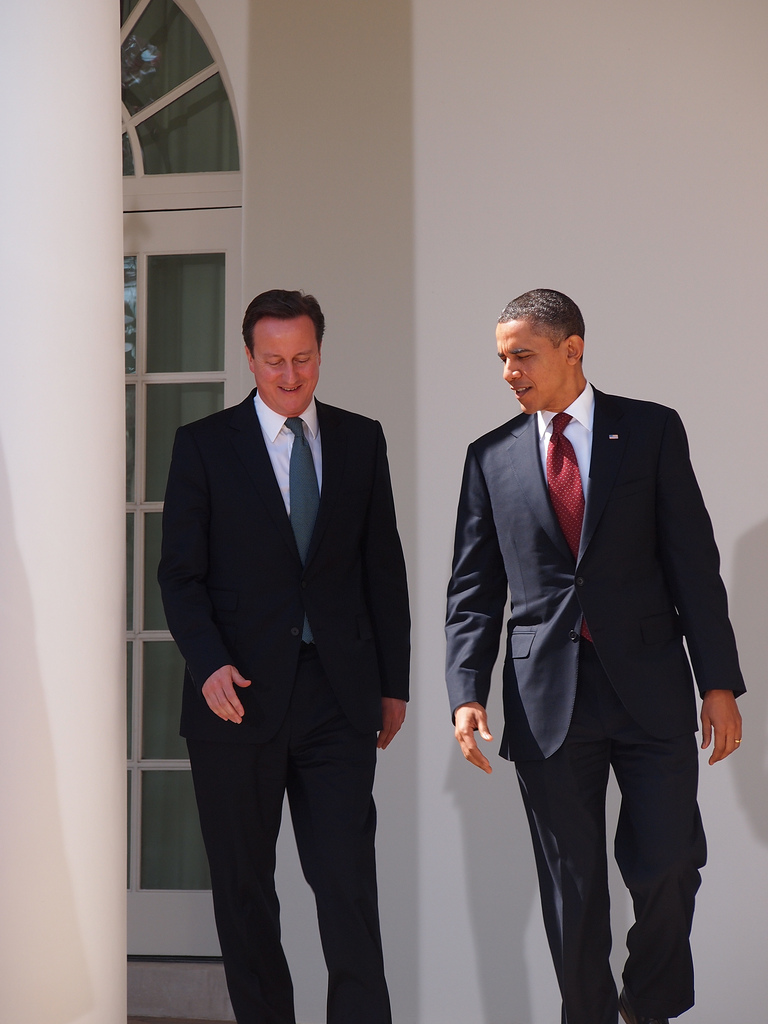 Therefore, despite all of the ceremonial pomp of Downing Street’s visit to the White House last week, there was some substance between the éclat. In Afghanistan, the two leaders face blinding political headaches as they struggle to maintain a feasible drawdown of military commitments without unveiling a race to the exits of a burning building. In Syria, diplomatic solutions are increasingly hamstrung by Chinese and Russian obstinacy, and in Iran, Obama is struggling to strike a fragile balance between comprehensive threat and believable incentive as his relationship with Israeli President Benjamin Netanyahu sours.

To both sides, the visit was an uncharted success, and not just because Mr. Cameron got to sink himself smugly into the soft leather seats of Air Force One. Compared with the relations of previous ‘special relationship’ duos, Cameron and Obama have been able to forge a firm partnership that has not inflicted any corollary damage on their own domestic opinion ratings.

Obama looked eastwards towards the rising dragon of China, or more specifically looked to U.S. allies in and around the South China Sea to create a bulwark of American support against China’s meteoric rise. On the other side of the Atlantic, David Cameron was eager to strengthen ties with France and India, in preference to cottoning onto Washington.

With time, however, the two men have developed a relationship based on cerebral rationality, typified in the Libyan intervention. Through the NATO campaign, a new chapter for liberal interventionism ensued, one based on the recognition that the remit of the alliance is not omnipresent or omnipotent and that collaboration with region partners is essential, rather than preferable.

Furthermore, despite constant cries of a divergence in economic thinking, the White House and Downing Street are not actually that far apart. The gulf between the Keynesian American stimulus strategy and classic British conservative model of austerity and fiscal tightening might be rhetorically wide, but, in real terms, the supposedly spend-thrift British Chancellor is still running an 8% budget deficit – somewhat of a stimulus in some people’s books.

In truth, modern British conservatives remain more natural bed partners with centre-left American Democrats than the increasingly right-wing GOP. Mr. Cameron is hardly glittering with Tea Party zeal; he has raised taxes as well as cut spending, he heartily backs gay marriage and wears universal free health care as a badge of honour. Ideologically, it make sense that Cameron would get on far better with an Obama than he would a Santorum or even a Romney (in his current fervent state) and that leaves apart the pair’s symbiotic serenity that beams through most press conferences. Both are adept in crisis mode, and there have been plenty of those during their tenures.

However, despite the personal camaraderie that both men share, politics has a funny way of driving people apart. There has always been a decipherable omertà surrounding the sacred ‘special relationship’. British public opinion can accept it only if it stays within its remit of reciprocity. Consensual leadership, not follow-my-leader, is the way Brits see the relationship.

The collective draw-down of the war in Afghanistan has the potential to gatecrash last week’s happy scene at the White House. As junior partners, we have little or virtually no control as to how the conflict ends. This sense of impotence against U.S. electoral whims does not play out well amongst the British public, who are weary from the ongoing costs of the war. British voters undoubtedly prefer Obama to his predecessor, as he is seen as an unfortunate inheritor of the Afghan War, and most warm to the orotund talk of a special relationship, but so long as the costs are relatively low. With Iran and Syria looming large on the horizon and with the potential of a Republican hawk in the White House come November, Cameron would do well to remember the terms by which he must abide by in order to keep Britons happy with the notion of him taking periodic jaunts aboard the luxuries of Air Force One.