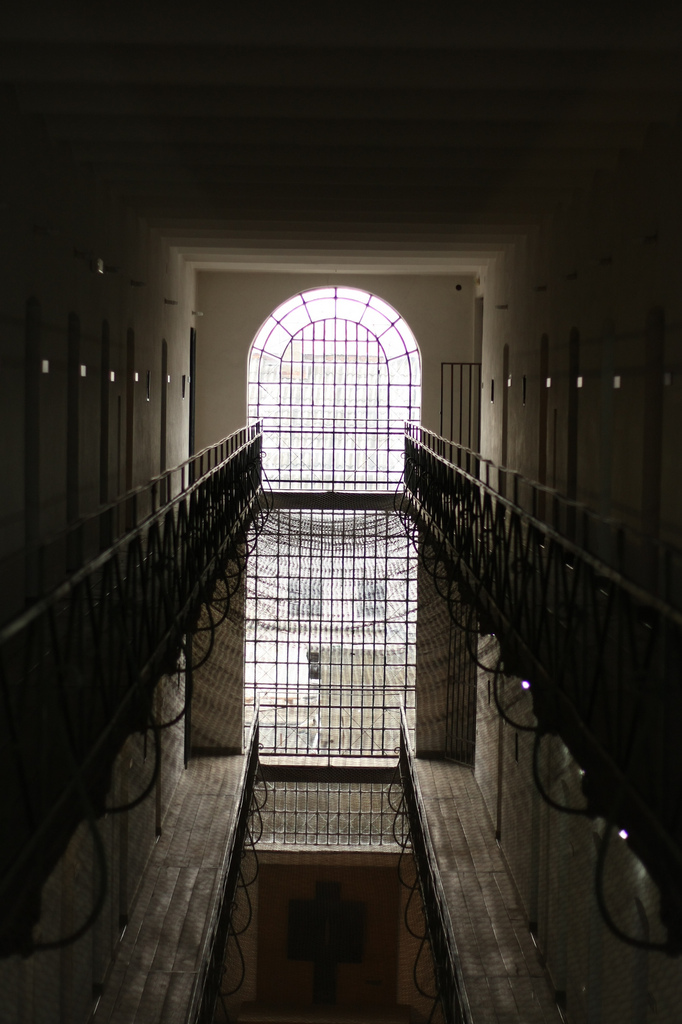 The Persian king Darius, Herodotus tells us, once invited to his court some Greeks and some Callatiae. To the Greeks, he asks how much money he would have to give them to eat the corpses of their fathers; they reply that they would not do it for any amount. To the Callatiae, who did practise such cannibalism, he asks how much it would take for them to cremate theirs; they likewise reply that they would on no account do such a thing. The conclusion Herodotus draws from this is that “each group regards its own laws as being by far the best… it is unlikely that anyone except a madman would laugh at such things.”(3.38)

Has anything in human nature changed over the long centuries since Antiquity? The decision of the European Court of Human Rights that British prisoners must be given the vote, and the reaction to this, shows the answer to be almost certainly not. Indeed, the Prime Minister described himself as feeling “physically ill” at the decision he was forced to take. As John Hirst, the unrepentant axe-killer whose court actions brought this about, proclaimed throughout the media, voting is a human rather than a civil right.

It comes as no surprise that Hirst is talking nonsense. In an interview with Andrew Neil on The Daily Politics, he compared the disenfranchisement of prisoners to the plight of Jews within Nazi Germany. The statement is a revealing one: the shadow of the Holocaust lies over much human rights legislation. Yet in boiling morality down to a series of absolutist, though noble, precepts – a “thou shalt not disenfranchise” – the drafters of the European Convention on Human Rights opened the door to judicial activism of the worst kind.

A moment’s thought should reveal why the right to vote is not a human right. Despite the fact that human rights are by definition universal, every democracy in the world restricts its franchise in some fashion. The theoretical electorate of the United Kingdom includes over a billion individuals, comprising as it does the citizens of the Commonwealth, yet certain foreigners still may not vote. Likewise neither can children; presumably this is because they are deemed mentally incapable, yet nobody undergoes a sudden intellectual epiphany on their eighteenth birthday. At the same time, if one were to murder a Frenchman or a child, a court would look on it no differently than had the victim been an adult Englishman.

Quite apart from this, the point of human rights is not that they may not be infringed, but rather that they may not be infringed arbitrarily. That is, one’s rights may not be infringed for something one cannot prevent. Hirst’s view on this is a very strange one indeed, implying that he is something of a hard determinist: his website states that he “drifted into crime”, implying that his incarceration was due to his troubled upbringing. In his interview he declared that the extra ten years in spent in prison on top of his life sentence were due to challenging the Government legally – rather than assaulting a police officer, as was actually the case. Was Hirst responsible for his actions? Undoubtedly, else he would not have been in prison in the first place. It is a curious situation where the British legal system can be beholden to someone with such an unbalanced worldview.

Prisoners lose a range of rights during their incarceration – their freedom of movement most obviously, but also their right to privacy and freedom of expression. The loss of any of these is vastly more drastic than disenfranchisement, yet it is regarded as just punishment for the crimes they committed. Logically, if we are to regrant prisoners one of their rights, the others ought to be restricted further in order to compensate – that is, if prisoners wish to vote, they must serve longer sentences. Somehow, it seems doubtful that John Hirst would accept this line of reasoning.

The chief fault of the ECHR is not that it is objectively bad, but that it imposes a foreign conception of justice. English Common Law – in contrast to the Napoleonic Code, say – has traditionally seen activities as being legal unless otherwise prohibited. As judges are unelected and thus unaccountable, they are beholden to the traditions of the land, else they risk losing the consent of those over whom they hold power.

The ECHR, and the Human Rights Act which puts it into effect, have been responsible for countless other miscarriages of “common sense” – by which we actually mean the acknowledged way in which we do things. When it comes to public policy, judges have assumed what Kipling called “the prerogative of the harlot”: power without responsibility. Britain has inherited the Canadian “living tree doctrine”, known in the States as the “Living Constitution”: the ideas that legislation ought to be read according to the perceived mores of the present day, rather than those of when they were written. In practice, this means that laws are changed without recourse to either the people or Parliament.

That is not to say that there are not arguments for enfranchising prisoners; quite the contrary. It is only that the argument has been taken out of the electorate’s hands. Though we may debate the merits of the issue, no result at the ballot box may resolve it. For all the Coalition’s talk of localism, more power has been handed away to a remote elite. By enshrining “motherhood statements” into law, as Tony Blair’s government did in 1998, MPs have emasculated both themselves and their constituents.

But will the ECHR prevent another Holocaust? Of course not. Only good guys play by the rules. Europe cannot possibly exhort the rest of the world to obey the rule of law, when the law it imposes on itself has been shown to be such an ass. David Cameron may be hindered somewhat by his failure to win an outright majority last May, but he should nevertheless insist that the people, through their elected representatives, retain their sovereignty.