Brexit? Why Britain would be better off outside the EU 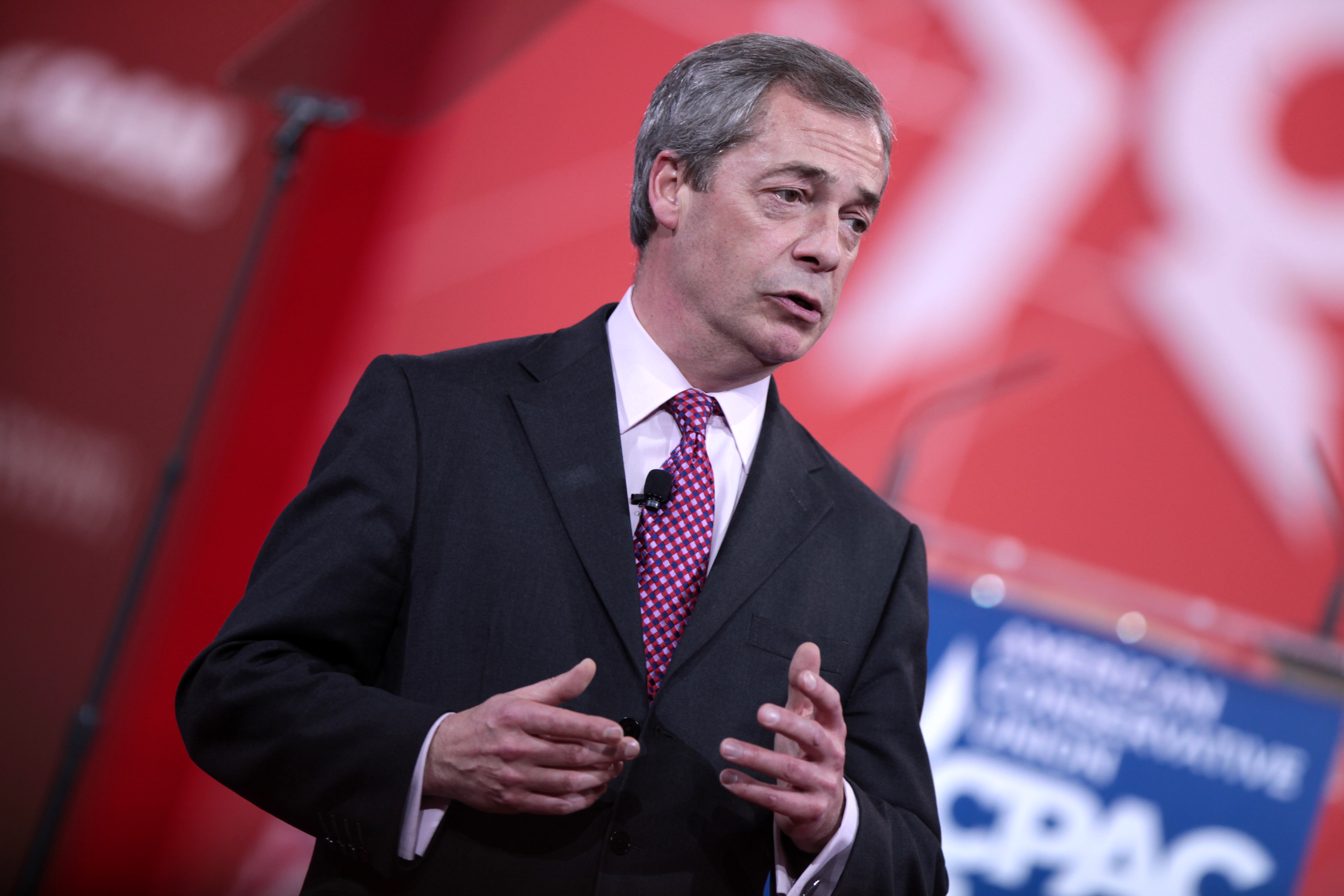 Nigel Farage is a leading figure in the campaign to leave the EU. Image: Gage Skidmore

The question of Britain’s European Union membership will be put to the country in the most important referendum of this generation. On the line is our national sovereignty. We currently hold the position of being a province of a greater European state who decide on three quarters of our laws. The establishment parties officially back the “In” campaign whilst backbenchers and dissidents have given support to the “Out” campaign together with UKIP whilst business representatives have been split between the two camps.

The “Say no to the EU” tour reached Gateshead, Newcastle on 12th October with talks from representatives of UKIP; local Redcar councillor Steve Turner, the North East MEP Jonathan Arnott and the leading figure in the Out campaign, Nigel Farage. They addressed a large and vocal audience as a result of the recent closure of the Sahaviriya Steel Industries (SSI) in Redcar. Whilst Arnott conceded the UK’s membership of the EU is not the sole reason for the dilapidation of SSI and other steel factories (China’s dumping of steel on the world market being a factor) he pointed out that with lower energy prices and state aid, both of which could have been achieved outside the EU, the closure of SSI and the loss of 1700 jobs would have been prevented.

Arnott discussed the impacts EU laws have had on the area, especially fishing where the North East’s businesses, testified by the fishermen in Blyth, have been emaciated. Arnott described how currently Britain has only six miles of the North Sea in its control, whereas Norway, being outside the EU, has two hundred miles. Since the primary exports of the North East are to America and China, a Brexit would certainly benefit the region following free trade agreements with these powers.

The current protectionism prevents us from trade opportunities to other countries who have common language, laws and culture with Britain and are part of the Commonwealth but have been forcefully neglected due to EU law. Nick Clegg, together with Lord Rose, Peter Mandelson, Michael Heseltine and other public figures of the “In” movement, believe us incapable of competing on the world stage. The supposed “clout” which Clegg believes we have as a result of membership seems a thin argument given that out of the forty occasions David Cameron’s government has contested EU law we have lost in every case. Interestingly enough, the same people who backed the campaign for Britain to join the disaster that is the Eurozone now want us to stay in the EU. In what is becoming the slogan of Farage’s campaign, “They were wrong then and they’re wrong now”.

To quell the scepticism of our place outside the EU, Iceland managed a free trade deal with China in 2013, despite having a population of only 320,000. Norway and Switzerland have also capitalised on their ability to make free trade agreements with China and other trading giants in the world to the extent we cannot dream of whilst rooted in the European Union that cannot see past its intimate horizons. It is no surprise that Norway and Switzerland rank in the top five GDP per head in the world according to the IMF and World Bank. We would also be able to assist the economies of Lesser Economically Developed Countries (LEDCs) by removing the EU imposed tariffs that deter trade with them; a much more sensible and direct benefit for LEDCs as opposed to the current policy of sending foreign aid which often winds up in the wrong hands without any benefit to the people it was intended to help.

With the EU set to abolish the last remaining national vetoes, any scrap of hope for democracy is lost amongst the unelected technocrats who seem to represent only themselves and their European dream. I don’t know whether to laugh or cry when the same EU figures like Herman Van Rompuy and José Manuel Barroso reject even the concept of a nation state. Their fanaticism of creating a European super-state was shown when they put the Treaty establishing a Constitution for Europe to European nations in 2004. Both France and the Netherlands rejected it in referenda and Ireland was on track to follow when the EU postponed the vote indefinitely to “reflect” on its failure. It then rebranded the reforms as the Lisbon Treaty, riding roughshod over the votes of the French and Dutch who democratically opposed such changes.

Farage tackled the overriding aims of the European Union which were wrongly sold in Britain’s 1975 referendum as a common market rather than what they have now become; ever close political unity. Since then the British public have not been asked whether they wanted open borders and the annual influx of hundreds of thousands of migrants. It seems to me that whether you agree with this policy or not, the scale and significance of it demands public consent.

Some will perhaps see the “Out” campaign as another show of UKIPs radicalism; it is important however for such people to see the plurality within this campaign from those like the “leave.eu” group to the business backed group in Westminster whose representatives include Labour MPs like Kate Hoey and the biggest donor to Labour, John Mills. Intelligence Squared hosted one of several debates on this issue in which Conservative MEP Dan Hannan rebutted the claims made by the pro EU side that we are not capable of standing on our own two feet. He reminded the audience that we are the fifth largest economy in the world, the fourth leading military power, the eighth most successful manufacturing country who also hold a permanent seat at the UN Security Council. “Our language is the most widely spoken by the human species; we have unparalleled links with the United States, the Commonwealth, the rest of the English speaking world. How much bigger do we have to be before we are able to thrive running our own affairs, in our own interests?” After discussing how we have forfeited, and now must reclaim, the right to self-government, Hannan concludes as I will, by applying Tennyson’s Ulysses to our present condition:

“Tho’ much is taken, much abides; and tho’

We are not now that strength which in old days

Moved earth and heaven, that which we are, we are”.