Beware of the silver tyranny 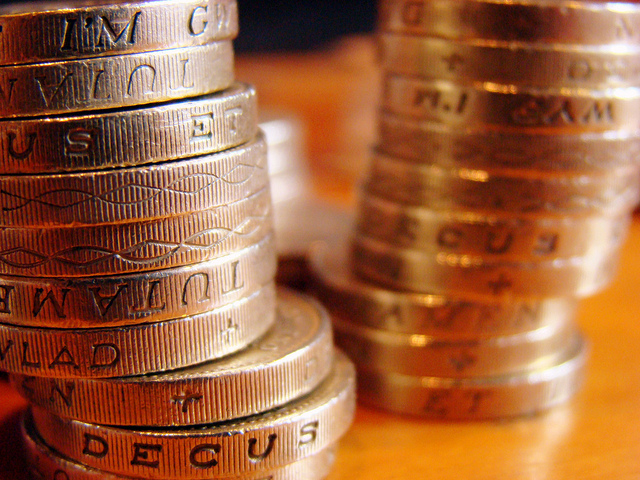 Short on savings : the Bank of England’s quantitative easing programme could lead to an increasing impoverishment of the elderly.

There’s an age-old conundrum in political theory and it’s called the tyranny of the majority. In short, it’s the ugly face of democracy and I think it’s going to be the big problem we Brits face come 2050. Allow me to demonstrate by way of a 21st century political allegory.

Jonny is a dutiful kid who goes to visit his Gran in the local care home. He arrives one day to find her sitting in the communal living area watching Countdown on the television. It takes some effort but he’s eventually able to prise her eyes away from Nick Hewer and they have a polite chat about elderly things: the weather, the war and the grace of Roger Federer’s backhand. It’s all gone swimmingly well but then, just as he’s making to leave, he has an ill-fated thought.

‘Sorry to bother you,’ he announces, turning towards the elderly congregation, all of whom are utterly transfixed by the latest offering of letters on Countdown. ‘But could I quickly switch over to BBC 1 to check the football scores?’

There is a stunned silence. Slowly a swell of grumbling indignation rises from the gathered mass. ‘Of course not!’ they cry in unison. ‘We’re watching Countdown!’ His modest proposal has clearly invoked tangible displeasure so he raises a defensive hand. ‘Sorry, sorry. I just wanted to have a quick look. It would only take 10 seconds.’

The swell of murmured discontent merely continues to rise. His statement has only served to add fuel to the already angry flames. At this moment the senior care worker arrives in the living room. ‘What’s all this commotion about?’ she demands, peering around the room. ‘Who’s responsible for all this?’

A sea of quivering accusatory fingers now confronts Jonny. ‘It’s him! He wants to change the channel but we all want to watch Countdown!’ There is a roar of approval, led by none other than Jonny’s Gran. He makes a mental note not to send her a Christmas card this year.

‘I see,’ the care worker says, nodding knowingly. ‘The classical mistake of trying to change the TV channel. Well then, we know how we resolve problems like this, don’t we folks?’ She suddenly brandishes a well-worn copy of Rousseau’s The Social Contract from her handbag. Before Jonny can even begin to protest she ceremoniously holds it aloft and declares emphatically, ‘we must have a vote!’

‘All in favour of watching Countdown raise your hands!’ The elderly dutifully raise their arms in unison. ‘And all in favour of changing to BBC 1?’ Jonny meekly extends his index finger, cringing inwardly at the absurdity of the situation.

‘Well that settles it then,’ the care worker declares. She turns to leave but then Jonny’s Gran pipes up again. ‘Hold on. I think this young man should also bring us a round of tea and biscuits to say sorry for making us miss the last few minutes of Countdown.’

This suggestion is greeted with more roaring approval, the elderly folk now nodding vigorously and stamping their feet. ‘Yes, tea and biscuits!’ they cry. ‘We vote for tea and biscuits!’ Once more the room is filled with arms held proudly aloft. The care worker turns to Jonny, a hint of apology in her eyes, and points him in the direction of the kitchen.

‘I’m sorry dear but the people have spoken,’ she solemnly declares. ‘Tea and biscuits it must be.’ For fear of reigniting the anger of the ancients, Jonny complies without protest and trudges lamely over to the kitchen, quietly cursing his Gran, Rousseau, the Greeks, de Tocqueville, Mill and all those other bright sparks who ever proclaimed the virtues of majority decision-making.

As should be clear, our care home tale of poor Jonny and the evil elders has a simple moral: democracy can be an ugly thing if you’re in the minority. If you’re not careful, you can find yourself oppressed by the democratic will. And as I said, it’s an age-old political problem that afflicts all democracies, even our own.

We need only look at Britain today to see this. Our economy is in a slump and yet the remedy of choice from our political leaders is the euphemistic ‘quantitative easing’, the creation of fresh money to buy up government and corporate bonds. This is a policy of mild tyranny for a minority of the population – people like Jonny’s Gran in fact. Low interest rates give them miserly returns on their savings whilst their pension funds face large deficits as yields on government bonds hit record lows. Quantitative easing also devalues the currency and hence reduces the value of their savings.

Yet why is there not uproar? How is a government allowed to let this happen? It’s demographics. Currently only one in six people in the UK is over-65. This means politicians can still win elections even if their parties have been guilty of supporting the surreptitious impoverishment of the elderly. It’s essentially tyranny of the 25–50 year olds over the rest.

But the times will change. The UK has an ageing population with rising life expectancy, better medical care and low fertility rates. Come 2050, one in four people will be over-65. And if these trends continue (and who’s to say they won’t?) then soon we will see the day when the elderly form a majority of the population.

What will our democracy look like then? Here’s my guess: a silver-haired Nick Clegg will lean gingerly on the despatch box in the House of Commons, commanding an enormous majority having opportunistically rebranded his party as the ‘Liberal Gerontocrats’. In opposition will be the dregs of the Labour and Conservative Youth divisions, forced to unite despite their ideological differences against the silver tyranny of the Lib Gems.

Funding pensions, meanwhile, will be the hot political topic of the day. The UK government has already accumulated a massive £5.01 trillion in pension obligations (342% of national income) and that was only by December 2010. With people living longer, what will that figure look like in 2050? And will the economy have grown enough for us to get even close to paying those pensions? Fear not: we’ll have the expert economics of the Lib Gems.

‘No more quantitative easing!’ Clegg the Elder will boom, cheered on by a mass of order-paper waving octogenarians. ‘The economic strategy of this country will be built on three things: higher taxes for young people, longer working hours for under-30s and reduced education budgets. This is the only strategy that will deliver fairness, fairness for all those people who deserve every penny of their pension!’

The tables will have turned. The pensioners will have their sweet democratic revenge. Tea and biscuits, anyone?