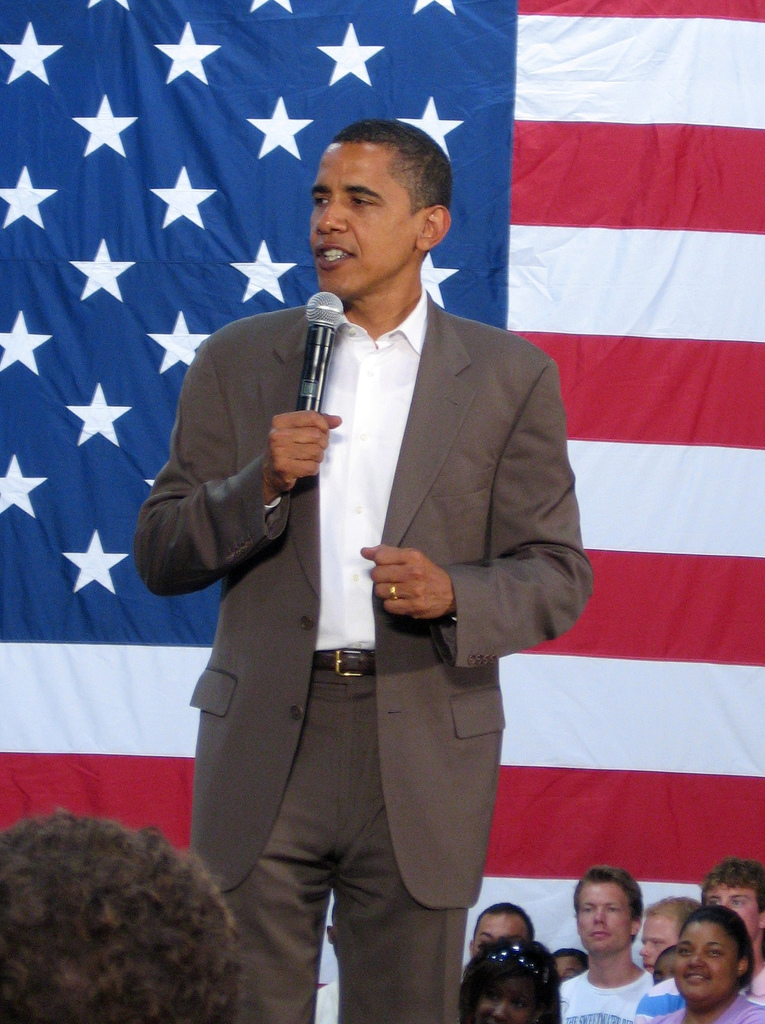 Obama – A president worthy of praise?

First things first, there are a great deal of misconceptions about the Presidency of the United States of America. It is viewed, both in America and even more so here in Britain, as a position of immense power, an institution with free rein to set the political agenda where the incumbent has four or eight years to mould society to his ideals, free of any higher authority and detached sufficiently from the legislature to be unbound by the constraints of parliamentary politics.

The reality, as has been publicly acknowledged by many of America’s forty-three Presidents, is quite different.

The President is indeed a powerful figure, particularly in the realms of foreign policy, but he is not the all-controlling, unrestrained, omnipotent leader that the modern media portray him as and the modern world perceives him to be.

In the sphere of domestic politics, he is considerably restrained by the other two equally powerful branches of federal government, the media and the federal bureaucracy, as well as numerous other factors. In the words of Stuart Eizenstat, “the Presidency has limited power to accomplish what that very opportunity presents. It creates the illusion of far greater power than it actually possesses”. It is in this light that any US President must be judged.

In addition to these ineluctable obstacles, the current incumbent of the Oval Office, Barack Obama, faces a number of other considerable barriers, most notably an ever-more conservative-minded Republican Party anxious to oppose his every move and a global economy recovering from its most precarious state since the Second World War.

The reason for this analysis of present circumstance is not to excuse Obama for anything that maybe seen as a failing or a shortcoming but rather to establish context, to explain what he is facing as America’s premier, for it is only by analysing the circumstances under which he is forced to operate that his time as President and his achievements can be fairly and justly judged.

Anybody who believes that a President can achieve everything they set out to is grossly mistaken; it is a vastly unrealistic expectation. All they can hope to do is to manage the obstacles they face and to achieve as much as they can, given those barriers.

It is because of the obstacles that he has thus far faced that I struggle to view his time at the helm of the executive branch as anything but a broad success. He has not been perfect, not everything has gone to plan and I am certain that Obama himself would admit that, but he has steered the American economy through a dangerous period so that it is now showing promising signs of recovery which can only be good for everyone, including Britons. He has adopted a pragmatic approach to foreign affairs and, most significantly in my view, contrary to some misguided opinions he has continued to pursue a thoroughly liberal agenda at home against a backdrop of increasingly hostile social conservatism.

When he burst onto the scene in 2007 he was viewed as one of America’s most liberal politicians in decades, and expectations were thus high when he was elected President the following year that he would be a profoundly liberal President. Criticisms have since centred on his supposed lack of liberal policies and his failure to stick to his liberal promises. However, this criticism is rather injudicious.

First, his social policies have been undoubtedly liberal in nature. He has overseen the repeal of the ‘Don’t Ask, Don’t Tell’ policy, paving the way for openly gay homosexuals to serve in the military; he has signed numerous executive orders – including 23 in January 2013 alone – to attempt to limit the possession and use of lethal firearms; he has publicly supported the right to marry for same-sex couples, and to this end has filed briefs urging the Supreme Court to strike down the Defence of Marriage Act and California’s Proposition 8 and, of course, he has championed the ‘Affordable Care Act’ (ACA).

Those who criticise Obama for failing to follow through on his pre-election promises must remember ‘Obamacare’, for it was one of the flagship policies in his first election campaign, and it was passed through Congress and approved by the Supreme Court by the end of his first term, which, in itself, is a significant achievement given the landmark nature of the legislation.

This is a fundamentally liberal – in the American sense – policy. This act has established minimum standards for health insurance policies, to ensure that every American is covered, that they are offered a fair deal that they can afford, and that discrimination in the provision of health insurance is kept to a bare minimum.

Regardless of the fact that it eventually passed in an amended form, this policy still retains the essence of Obama’s initial ideas and is further proof that the view of Obama as having failed to follow a liberal agenda is utterly erroneous.

Second, once again, the obstacles he has had to face must be remembered. He is wishing to pursue a liberal agenda – rights for homosexuals, rights for racial and ethnic minorities, rights to abortion, gun control, etc. – while the Republican Party, who since the mid-term elections of 2010 have held great sway in Congress, thoroughly oppose his ideology, advocating ‘traditional’ values and the ‘old way’ of doing things. It is for this reason that I view Obama as even more of a success.

He has stuck to his principles against this hostile opposition, and although he hasn’t been able to make the wholesale change many would have hoped for, he has done what he can. It is, in my view, quite extraordinary that he has achieved anything given the presence of the Republican Party in its current form on Capitol Hill, and thus criticisms of Obama for failing to be the liberal he promised to be either completely ignore what he has achieved, or fail to appreciate the circumstances he has faced.

Much of the focus on Obama centres upon social policy, because of the nature of the ideology of the man in question. But a thought must also be spared for his economic accomplishments; he championed the American Recovery Act – a 787 billion stimulus package – in 2009, which the Congressional Budget Office and many high-profile economists have credited for America’s steady economic growth in the past few years. Unemployment is now 7.7% lower than it was when he came into office, and both GDP and average personal income have risen and continue to rise.

Barack Obama has not been able to do everything he pledged, and some people have felt underwhelmed by a man who promised so much when he first appeared on the national and international stage. But he has faced immense challenges, and many factors have been far beyond his control. He has done as much as he can given the circumstances he has faced, and for this I admire him. Things may not seem to have changed much, but the USA is stable and moving in the right direction because of a pragmatic, principled and level-headed leader. For this, I believe Barack Obama deserves much praise.