AV: Superglue for a Broken System? 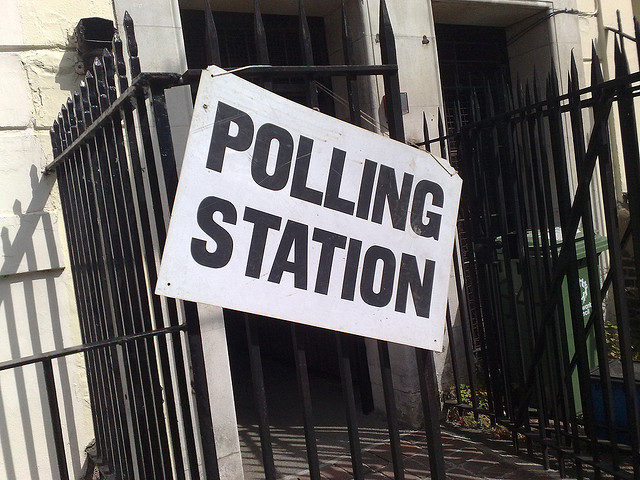 Current proposals would see a rapid change to the electoral system

The Liberal Democrats have hailed the “yes-to AV” vote as the electoral reform this country has been waiting for. Opening the pro-AV campaign, Nick Clegg claimed that introducing the Alternative Vote system would prove “a simple change that will make a big difference” to our country’s Politics. But I would refute this claim.

My objection to AV is unlikely to be the usual. I do not object on partisan grounds, or to placate any conservative, laissez-faire leanings. My objection is this: AV simply doesn’t go far enough.

Supporters of the AV campaign would claim that such a change in our electoral system would make for a more proportional electoral result, under which there are no “wasted votes”. But is this really the case?

Recent evidence suggests otherwise. In three of the past four British general elections, AV would have produced a more disproportionate result than under First Past the Post. This effect is in fact more exaggerated when observed during landslide victories; in 1997, the Labour Party would have had a majority of 245 MPs under AV, when only obtaining 43% of the vote. Under First Past the Post Labour’s majority was 179.

That said, the multiple-choice ballot paper seen under AV has the potential to make voting more individual-based, rather than predominantly party-driven. Under certain circumstances, this could still ultimately reduce the number of strong majorities seen under First Past the Post. But even a system of reduced partisanship has questionable benefits. Consensus Politics, to my mind, can only prove a positive change for our political system, which has become far too plagued with core executive dominance, particularly since the 1980s. It would be refreshing to observe similar proceedings to those in European countries such as Finland where five parties sit in the cabinet alone, and where coalitions are formed on a Bill-by-Bill basis. But the example of the current coalition, which has seen the Liberal Democrats take an exceedingly inferior, acquiescent place within the government doesn’t give me reason to believe this dream is realistic.

Supporters of Proportional Representation – an electoral system I would generally advocate – may favour AV on the grounds that it allows minority parties a greater political voice, and hence promotes pluralist government. But the reality of what AV has to offer is strikingly different from this image. The introduction of this electoral system would not necessarily see minority parties obtain greater numbers of seats than under the current system: one British Election Study showed that the Green Party would not have won any additional seats in the 2010 election, had AV been used. What AV does provide, however, is the potential for an increased legitimisation of such parties. The multiple-choice element to voting may produce “rebel votes” to parties for which citizens would previously have been unwilling – or unable – to vote. Although, from a democratic perspective, this may be a highly positive characteristic of multiple-choice ballot papers, this has the worrying potential to increase the legitimacy of extremist organisations. In a political climate where the BNP vote has soared to 1.9% nationally, and the Prime Minister openly attacks the “doctrine of state multiculturalism”, this is definitely a cause for concern. But what of the result for these organisations under AV? Such parties may be awarded a level of legitimacy within the political system, despite not being permitted a place within parliament. From both a democratic perspective, and the vantage point of political stability, AV offers the worst of both worlds.

The arguments surrounding proportional voting and minority parties say nothing of the cost of the proposals. Changing the electoral system is set to cost the tax payer an additional £250 million – an unnecessary cost at a time when reducing government spending appears at the top of the economic agenda. If reducing the deficit is so important in providing economic recovery, surely an introduction of a new electoral system is misguided.

An ulterior motive is also arguably apparent on the part of the electoral reform. The redrawing of electoral constituency boundaries – to be included in the pro-AV Bill – is likely to increase the number of safe Conservative seats. Their case is potentially valid: electoral constituencies are unequal in population size, and this ought to be rectified. But voting for one piece of electoral reform in the upcoming referendum is thus also voting for another, without being consulted. Think of that what you wish, but each change should surely be included in a separate Bill if the public is to be consulted at any stage.

Despite the political motivations behind the specific Bill, the point still remains that AV leaves much to be desired in terms of electoral reform. This system is not the panacea the Liberal Democrats have campaigned for for so long, but a coalition-based compromise. And this is why I object to AV. This case isn’t one of “if it ain’t broke, don’t fix it” – it’s a case of “if it’s broke, use superglue instead of Pritt Stick”.