‘Why I Don’t Care about Climate Change’

Elly Greenway in Environment on 29 November, 2014. 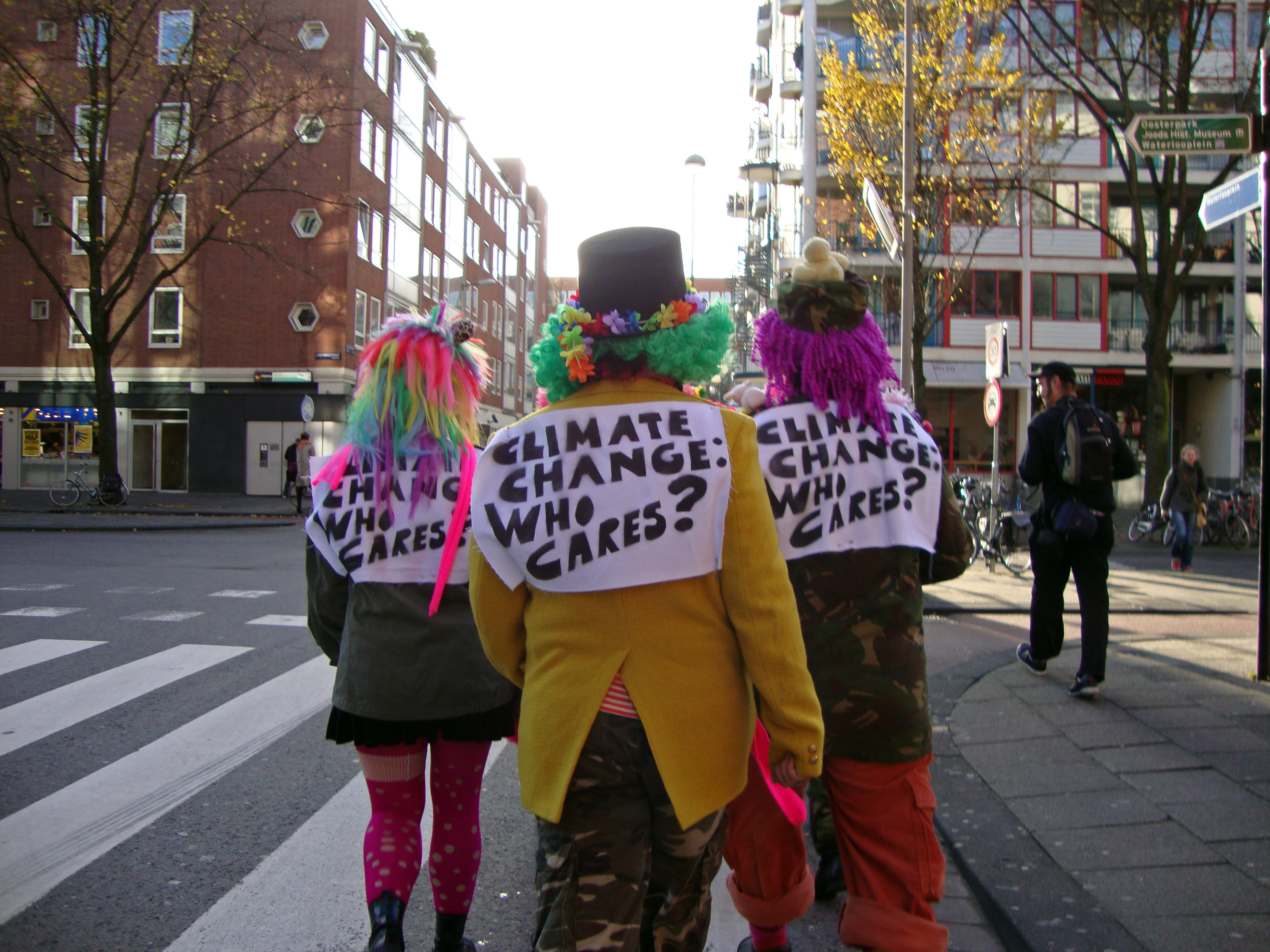 ‘Who cares about climate change?’:A question we need to ask.

Through writing for The Bubble, I have been able to share some of the environmental subjects that have fascinated me most and raise awareness of issues that I believe should be known universally. I always attempt to ensure my articles do not repeat the same exhausted narrative that humans have doomed the planet to an inescapable climate catastrophe or the desperate pleas to recycle our tins that have been drilled into us from those early days of primary school. However, despite my best efforts to avoid this tendency to bring out the standard climate spiel, that has long fallen on deaf ears as society grows tired on the constant doom and gloom of climate statistics, my experiences of writing for The Bubble have only served to illustrate the challenges of getting these crucial messages across to the public in the hope that they will somehow translate to action.

I imagine the same concerns were going around in the head of a young David Saddington. At the age of 13, Saddington became impassioned by the subject of the human-induced climate change that had become an au courant topic in the mid-noughties as scientific research delivered startling information about the human influence on the climate system. Having found himself stuck in one of the worst recorded floods to hit northern England in 2005, the suggestion that such natural disasters would increase in magnitude and frequency as the climate warmed spurred him to begin a journey of campaigning that led him to work alongside the British government to enforce climate change as part of the national curriculum.

Now undertaking Durham’s Hazard and Risk Masters, Saddington has come to the unexpected conclusion that he no longer cares about climate change. In a talk entitled ‘Why I Don’t Care about Climate Change – a talk by David Saddington’ held at Collingwood College on Tuesday, Saddington revealed what had led him to reach this change of heart. Based on this title, one could easily have imagined the climate sceptic, ‘business as usual’, Tony Abbott approach to climate change that still somehow manages to wend its way into sensible climate discussions. This couldn’t have been further from the truth. It isn’t strictly true that David Saddington does not care about climate change. He clearly does. Rather, it seems, he has some very real concerns about the way it is presented. He has given up caring about climate change as it is presented in the media.

After years dedicated to spreading knowledge of the scientific basis of climate change, Saddington has come to realise that this strategy has merely led to distancing people from the issue. Talk of scientific foundations, of which the complexities are barely grasped by all but a handful, and uncertain future speculations have made climate change into something abstract and alienated it from the daily life where our attention lies. We are happy to carry out those little contributions (recycling, public transport etc.) out of pure altruism, but nothing within the prevailing climate change conversation has yet persuaded us to commit to a major overturning of our carbon dioxide usage.

So what is David Saddington’s solution to the global warming indifference that has swept over Britain? To bring climate change back home. Somehow we are all seeking comfort in the false notion that we are currently untouched by this vague notion of global change. Saddington explains that this is far from the truth. Some of the concerns that weigh down on our personal, day-to-day lives can be traced back to the climate.

This brings us to the troubles of the Middle East. While climate change and political unrest have regularly fought for Newsround’s top spot, almost no attention has been paid to the link between these two global threats. At the root of the civil uprising, we had hundreds of rural villagers migrating to urban settlements where they lacked the skills or knowledge to meet their financial needs. Feeling they had been let down by the state, these migrants were persuaded to protest against the authorities, leading to instability that made the Middle East vulnerable to ISIS, the Islamic State. We, along with numerous other nations, are now under serious threat from radical Islamists, wishing to terrorise Western society. We all hold our own concerns about this terrorist threat and have borne witness to the horrific terrorist acts that have reached our newspapers and news channels. What most of us haven’t asked, however, is what led those rural villagers to migrate to the city in the first place? The answer: droughts that were the result of anthropogenic climate change. We may satisfy our sense of self-security with the belief that climate change is happening to someone else in another country somewhere in the distant future; but actually we are already experiencing severe indirect impacts of this change. As the climate conditions shift, how many more communities will destabilise and turn to violent uprisings?

This conflict is by no means an isolated example of climate change already affecting our lives here in the developed world that we see to be so far removed the threat. It has been estimated that Hurricane Sandy, which struck the US in 2012, caused 30% more damage than would have occurred had there been no human-caused sea level rise. Moreover, there are major concerns about our food security, as the major food-producing countries face changing conditions, and we are already facing large insurance premiums due to the increased frequency and magnitude of natural disasters brought by climate change.

The realisation that we are already subject to the challenges of a changing climate is alarming. David Saddington’s approach, on the other hand, is refreshing. We cannot afford to bury our heads in the sand, wait for this whole climate change thing to boil over and then mop up the pieces. We all know this. However, this top-down, scientific approach just isn’t winning any carbon credits. It’s time we brought climate change back to where it really matters.

David Saddington’s talk at the TEDx event can be viewed on YouTube.