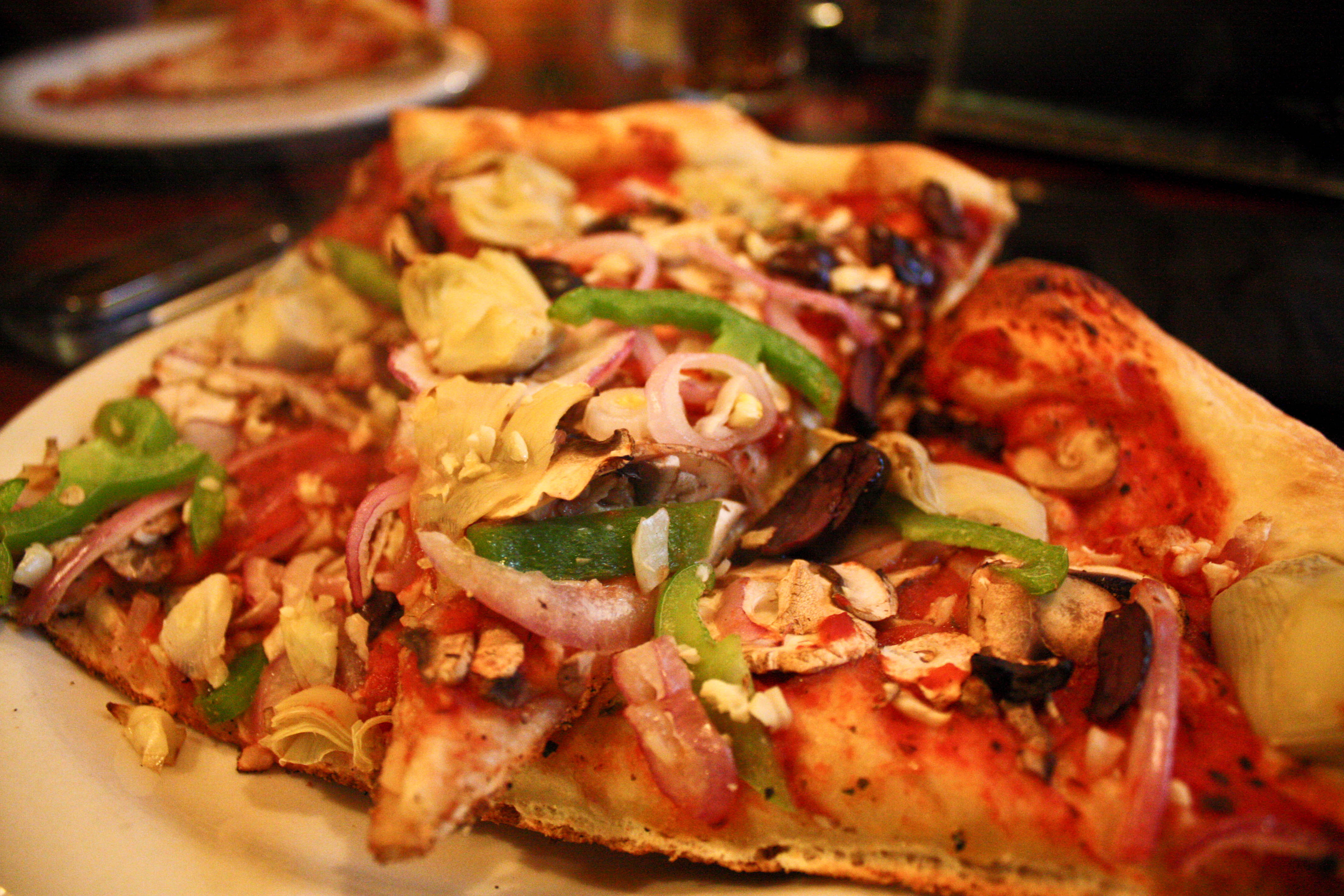 You can go vegan and still eat pizza!

This year more media attention than ever has been paid to ‘Veganuary’. Like its cousin ‘dry January’, Veganuary is about giving up something you love but knowing it is actually for the best. Giving up all animal products for a month can be daunting. That means no meat, no eggs and no dairy which tragically means no cheesy chips. But, if you were wondering how to reduce your carbon footprint this year than perhaps Veganuary could be a late New Years resolution.

At first, it may not be obviously apparent how veganism is linked to environmentalism. Veganism has often received a bad reputation as either a fad diet or the beloved lifestyle choice of hippies and tumblr girls. But leaving that stigma aside, a plant based diet can radically reduce a person’s carbon foot print and even improve their health. Even if it is just for a month, Veganuary raises a person’s awareness of exactly how prevalent animal products are in every day products. The statistics tell you why this is important.

Veganism is better for the environment because the production of animal products requires vast amounts of resources. An Oxford study comparing the dietary greenhouse gas emissions of meat-eaters, fish-eaters, vegetarians and vegans in the UK found that vegans produced only half the emissions of meat eaters. Beef is the most demanding of all meat sources and is also the most inefficient and environmentally harmful. To have a steak is equivalent to having 105 baths. Cattle require a great deal of time and land to mature and become burgers. Brazil is one of the world’s largest producers of beef but this has come at a great cost. A huge portion of the rainforest has been cut down to make way for cattle farms. Aside from the physical land and water they need, cows also need to be fed and this requires even more land and water to be put aside for crops. A tragic proportion of grain is used by the meat industry globally while human famine persists. In addition to this, even more energy is spent on transportation of animal products, a great deal of which will become food waste. This is without mentioning the hazardous pollution caused by intensive farming. According to WWF just under 1/5 of all greenhouse gas emissions come from the meat industry.

So the question is, can veganism be the solution to this problem? Contrary to the much ridiculed Daily Mail article “How being vegetarian does more harm to the environment than eating meat”, overwhelming evidence suggests a vegan diet will reduce an individual’s carbon footprint. The Cranfield University study received viral attention and was widely misinterpreted. The study found that some highly processed vegetarian protein alternatives required more energy and water to produce than meat of equivalent calorie value. It also found that some vegetables and fruits are more water intensive than meat, such as cucumbers. The issue with this finding as it was reported in the media is that it falsely assumes that vegetarians and vegans rely solely these heavily processed products to replace meat consumption. It also falsely assumes that a vegan will attempt to replace the calories of a rasher of bacon with calories only from cucumbers. Naturally, given the quantity of cucumber this would require, this would mean an awful lot of water was needed to produce the same calorie count.

Given this, why isn’t everyone being forced to become vegan? A lot of people would answer that a vegan diet simply can’t provide the protein, vitamins and minerals that a healthy human needs. In regards to the protein there are many plant based sources of protein which comfortably replace the meat in most diets. This doesn’t just mean tofu. Nuts, soya and chia are all common sources of protein. Similarly, despite the scaremongering, iron is readily available in vegetables like broccoli and spinach. Other important vitamins and minerals can be easily provided by supplements such as B12. Unfortunately, there are some vitamins that a careful diet and supplements cannot replace. Animal protein, creatine and carnosine are the common causes for concern. But to put it bluntly, who actually has the perfect balance of nutrients in their diet? I would argue that the increased awareness of the sources of protein and minerals from carefully following a vegan diet will be more beneficial in the long run.

Veganuary, while a bit of a silly fad, is a genuinely good idea. Even if you only last a few days, it will make you more aware of the prevalence of animal products in the most random food. Why is there animal in my beer? It will also be a chance to master a few simple vegan recipes that can be part of anyone’s diet. Knowing exactly what you are eating and how much of it you need is a sure way to improve your diet, whether than involves avoiding animal products or not. It is also the simplest way to massively reduce your carbon footprint and help the environment.