Veganism – worth the hype?

Only a few years ago the idea of a vegan diet was considered extreme, strict and even a little strange by many – however now veganism is an ever-growing trend associated with being fit, healthy and having strong moral beliefs concerning the welfare of animals and the environment. Many celebrities such as Ellen Degeneres and Ariana Grande have proudly confessed to being vegan, while vegan cookbooks and insta pages are massively popular. In fact, it is estimated that 5.7% (around 3 million people) are vegan in the UK alone. What caused this sudden turnaround in opinion? Or, perhaps more to the point, what is the reasoning behind these contrasting views? 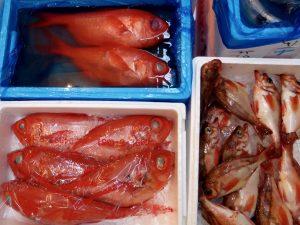 There are many pros to veganism regarding your physical wellbeing. For example, living off a vegan diet means that by virtue of their plant based diet, their food is often rich in antioxidants, whilst avoiding foods high in saturated fats (often found in dairy products). This means that blood pressure and cholesterol is lowered, because the majority of food intake comes from fresh fruit and vegetables.

However, it is important to remember that whilst 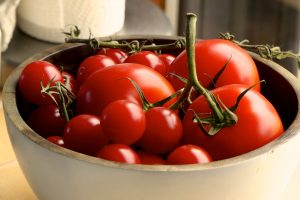 getting your 5 a day is important, the key to being healthy is to maintain a well-balanced diet, and the protein and calcium gained from dairy and meat are important too. Therefore, whilst vegans may not struggle to eat enough fruit and veg, they do need to find alternative sources for other important nutrients which are found primarily in meat and dairy.

Being vegan undoubtedly has multiple benefits for the environment – it’s no secret that it takes over 1,500 gallons of water to produce one pound of beef. In fact, it has been estimated that producing one pound of animal protein uses 100 times more water than producing a pound of non-animal protein. The United Nations even declared 2016 as The International Year of Pulses, to heighten public awareness of their nutritional benefits and their importance to sustainable agriculture and food security worldwide. Being vegan is definitely choosing a more sustainable lifestyle, which matters more and more as time goes on.

On the flip side however, being vegan doesn’t just mean not eating animal products – it also means avoiding all products which have involved animals in the process of making them. This means checking the labels every time you buy a bottle of shampoo, or go clothes shopping. Whilst it is a very admirable lifestyle choice if you are able to stick to it, veganism is not easy, and is harder than first appears in situations such as university when you have less control over what you eat and the products you can use. 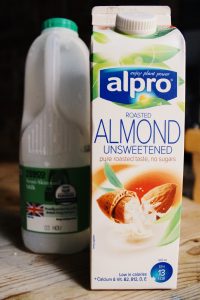 Whilst as little as even 10 years ago, the idea of becoming vegan might have seemed far-fetched due to the lack of foods available in the UK, the vegan ‘revolution’ has definitely meant that there are now far more options readily available. Nearly all supermarkets stock products tailored specifically for a vegan diet, whilst there are more and more vegetarian/vegan options and even restaurants opening across the country as a result of the recent demand. Many retailers even include whether the products are ‘cruelty free’ on the label, to make leading a vegan lifestyle in all aspects a little easier.

Being vegan undoubtedly has its drawbacks – it’s a strict lifestyle choice that requires much self-control and conscious thought on a daily level. However, if your moral beliefs about the environment and animals, or even simply your desire to be healthy are motivation enough to sustain a vegan lifestyle, then that is something to be admired. Of course, not all vegans eat the same things or hold the same beliefs – it is not a one size fits all situation, which is unfortunately sometimes the image generated through social media platforms. As long as you are able to maintain a healthy, balanced diet, then it’s fair to say that the ever-growing rise of veganism is something that, in today’s world is to be encouraged, as the benefits it reaps environmentally make it one of the most sustainable and eco-friendly lifestyles.