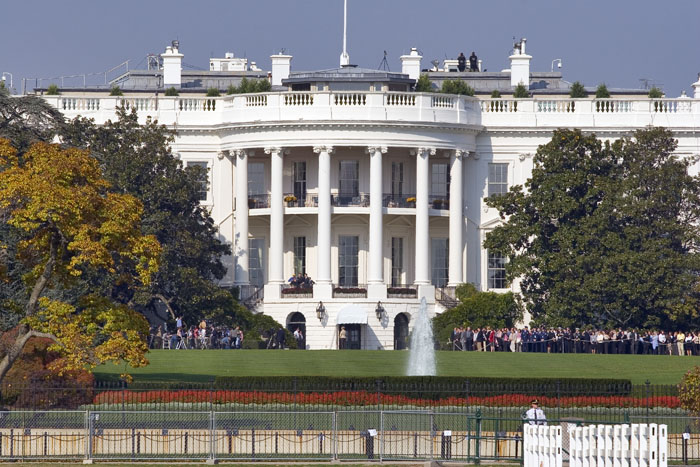 How does the White House plan to tackle green house gases?

Its decision time across the pond in the Land of the Free. The Home of the Brave needs new Commander-in-chief, and a number of likely candidates have thrown their hat into the ring. The Democrat’s field has already narrowed to 2, ex-secretary of state Hillary Clinton and the people’s champion Bernie Sanders. The Republican nomination campaign has a number of runners, but here we look at the main contenders. And Jeb Bush. Much of the media time has been devoted to foreign policy and immigration, neglecting the environmental issues the USA faces as one of the largest energy users in the world. Fortunately, the Bubble examines where each candidate stands on the environment.

Clinton insists ‘We have no choice. There is no Planet B’ and has a range of policy ideas to reduce the USA’s impact on the environment. She plans to lead an ambitious plan to power every home in America with renewable energy, by constructing over half a billion solar panels in her first term as president. The Clean Power Plan will see more energy efficient engines required in vehicles across the country, reducing oil usage by 1/3. This aims to reduce American CO2 emissions to 70% of their 2005 levels by 2025. The plan aims for an 80% reduction by 2050. A climate pact with Canada and Mexico will aim to reduce emissions across the North American continent.

Clinton insists she will tackle ‘Big Oil’ by preventing drilling or exploration in ecologically sensitive areas, ending the long running subsidy programme for oil and gas companies, and requiring industries to adhere to new efficiency standards. Clinton makes vague pledges to ensure workers made unemployed by the termination of their industry will be reemployed elsewhere.

On the face of it, Clinton’s environmental stance seems firm. However, faced with the reality of dealing with her financial backers when president, many of the anti-corporation policies could fall by the wayside. Clinton does also have a slight reputation in America for promising too much and delivering too little, and using political slight to cover the difference. Whether real environmental change would occur under another Clinton administration remains to be seen.

The previously independent senator from Vermont is the surprise package of the Democratic nomination process. Bernie Sanders was polling at less than 5% 12 months ago, but won the New Hampshire primary in early February.

While researching each candidate’s environmental policies, it struck me how much better Bernie’s website is. Seriously, it’s borderline useful. Infographics for each state show how the people of America would benefit from a move to renewable energy. And that’s exactly what Bernie wants to do.

Similar to Clinton, Bernie promises to tackle oil corporations, but he intends to go much further. He intends to outlaw fossil fuel lobbyists from working in the white house and cut the influence the oil industry has in Washington. He follows Clinton in removing tax subsidies given to the oil industry, and wants to bring climate change deniers to justice, whatever that actually entails.

He also follows Clinton in striving for an 80% reduction in emissions. But in asking for a special carbon tax he goes further than Hillary in fighting non-renewable energy, and demanding higher efficiency ratings across industry and transportation. A blanket ban on artic drilling and almost total restrictions on domestic drilling (this includes fracking) form part of Bernie’s plan to ‘Leave Fossil Fuels in the ground.’ Sanders is also intending to maintain the ban the exportation of LNG and crude oil.

Bernie’s ideas in many areas are certainly straight from left field, but his environmental policies are a more normal democrat position. Bernie promises to crack down on big oil and improve renewables, promises any candidate can make, but with the grass-roots campaign Sanders has he is perhaps the most likely to maintain his goals once sat in the oval office.

It is rather difficult to accurately portray Donald Trump’s views in a balanced way, due to their seemingly-intended divisiveness. So I’ll use his own words:

‘Global warming is an expensive hoax’

‘Environmental Protection Agency is an impediment to both growth and jobs.’

Trump doesn’t appear to have an environmental policy, which makes this section rather short. But his energy policy does include more drilling, fracking and reducing tax on oil companies. Trump is a believer than environmental regulations stifle business interests and economic profit. But hey, if we don’t believe in Global Warming we don’t need to plan for it!

Ted Cruz doesn’t believe in Climate Change. Or does he? Apparently Cruz isn’t sure because he has publicly stated Global Warming is false, voted for climate change being real, and voted against climate change being real and mankind being a contributor. He also equated global warming believers to be ‘the equivalent of the flat-earthers.’ But that does make him better than BoB, and that’s something.

Ted Cruz is the most conservative of the Republican front-runners, with very clear views on abortion and same-sex marriage. But his views on the environment are much less well-defined. He supports a notion of ‘volunteer conservation’ while backing the controversial XL pipeline. Cruz also favours allowing the export of oil to foreign nations, a notion currently prohibited.

All things considered, Cruz isn’t particularly oil industry favoured by republican standards. For many American citizens, his evangelical views are far more troublesome than is ‘are we aren’t we’ view on climate change.

Marco Rubio is seen by many as the establishment candidate for the republican nomination, against the evangelical Cruz and maverick Trump. He also does not have a designated environmental policy, but some of his economic policies are certainly relevant. He will immediately approve the XL pipeline and natural gas exports. He will also re-write the current off-shore drilling programme to be more industry favourable. He will remove carbon mandates that restrict fossil fuel usage. He will also ‘maximise private innovation.’ Perhaps a euphemistic term for increased profits for private corporations at the expense of the environment.

Rubio seems to be a middle of the road republican, which means he seems to agree climate change is real. He just doesn’t plan on dealing with it.

Jeb Bush. Aiming to follow his father and elder brother into the White House, his campaign has failed to get off the ground. Currently polling at less than 5%, he faces a make or break primary in South Carolina on the 20th of February. Having spent much of his campaign spending a lot of money for not a lot of votes, he has simultaneously insisted he both isn’t a Bush and is also related to the greatest president in modern times. His family loyalty has even extended to defending the invasion of Iraq, putting him on unstable ground even among republicans.

Jeb’s environmental stance seems almost out of place among a field of candidates who deny climate change and propose liberating the national parks for drilling and fracking galore. In his time as Florida governor he instituted a massive state-sponsored protection scheme for the everglades to protect their globally unique ecosystem. He has shown to be interested in and willing to protect the environment.

So why do his policies offer the opposite?

President Bush the 3rd would deregulate energy industries, approve Keystone XL pipeline and revoke Obama-era drilling regulations in favour of independence for individual states to make their own decisions. In some states (primarily democrat) this would have little difference, but in oil-happy states such as Texas, environmental considerations enforced by the Obama administration would be thrown from consideration. Greenhouse gases regulations would also be revoked, allowing industries to pollute the atmosphere at will.

Jeb then seems to have a change of heart. He appears willing to funnel massive investment into new forms of energy generation, which presumably encourages renewable energy. After all, profit is profit regardless of its source. It seems then that he is perfectly willing to have renewable energy increases, just not at the expense of the current status quo of oil and natural gas dominance.

This strange hybrid approach is not entirely clear, but in that there’s hope for the Republican Party yet. The possibility of renewable energy investment surely trumps Bush’s rivals’ plans which centre on denying climate change. But whether the American people will vote in a third Bush remains to be seen.

The odds are you don’t have a vote in the US Presidential Election. But if you want to sign one or two internet petitions banning candidates from entering the UK, you’ve now got more grounds on which to do so. The environment is apparently much less of an issue state-side than here, leading to wild promises from the Democrats and an almost complete lack of policy from the Republicans. Perhaps this is due to the more fundamental differences between the candidates on the bigger issues that will decide each nomination and ultimately who will be elected leader of the free world on Tuesday, November 8th.