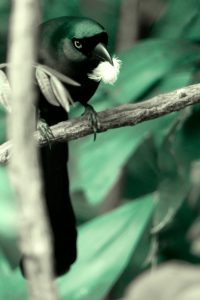 More than half the world’s population now live in urban areas, and this is expected to increase at a rapid pace over the next few years. This means that large spaces across the globe have been transformed and pedestrianised, made into ‘concrete jungles’ that are primarily intended to support buildings, roads, railways and support all manners of human life. The point is, cities are not always built with pre-existing eco systems in mind, and we have created eco-systems that no species has ever seen before. This means that either organisms will fail to survive in their new surroundings, and either have to move out or worse, die out – or they can adapt, and evolve to thrive in their new habitat.

According to recent studies, such as those carried out by the BBC and the New Scientist, animals and plants are evolving to be able to survive in urbanised areas. The changes in plants and animals involve alteration in body size, shifts in behavioural patterns and adjustments in reproduction. Research has also shown a change in seed size, meaning that the seeds on Crepis Sancta (or hawksbeard) were larger on specimen that lived in urban areas compared to the seeds from plants growing in rural settings.

It is thought that heavier seeds were better because they would be able to be dropped onto nearby soil, whereas lighter seeds would travel farther and end up on tarmac, making it impossible to germinate.

Moreover, there are now mosquitoes which have evolved to live in the London Underground stations and adapted so that they no longer need to feed on blood to produce eggs. They also have no need to become dormant during the winter.

But we need to consider the impact that this adaptation will bring, not just on the species themselves but for us humans too. For example, these mosquitoes can carry a number of diseases and are now found in New York City, Chicago and Los Angeles, too. Our healthcare systems may be required to adapt in response.

When designing cities and urbanizing areas in the future, perhaps we ought to think more about the effects it will have on ecosystems, both for their sake and ours. Morally, we have a duty to care for the environment and to ensure that our actions are not to the detriment of other species. Furthermore, while this should be reason enough in itself to reconsider our rapid urbanization, the health effects that the evolution of organisms have for humans should be a warning sign that we need to realize the long term impact that our actions are having on ourselves and the world around us. 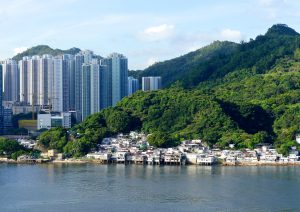