The Rise of the Zero-Wasters 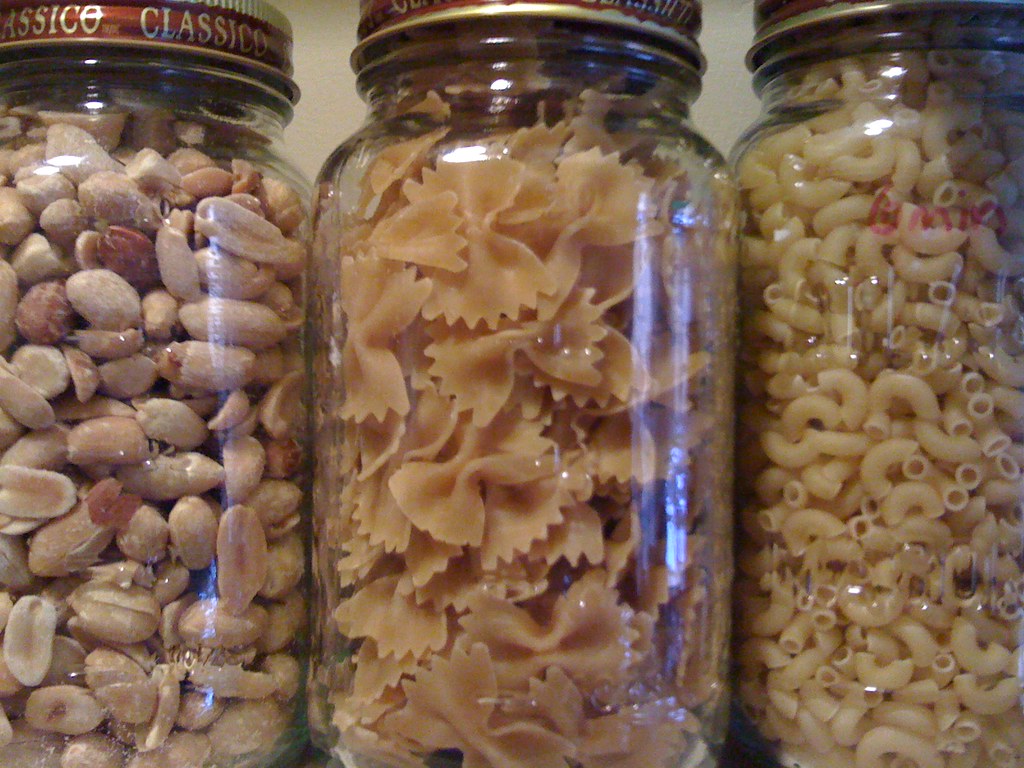 A crazy amount of waste is produced in the UK every year- in 2012 we created 85 million tonnes of the stuff, 20.9 million tonnes of which was sent to landfill. We’re getting better at recycling and the newly imposed bag tax is a step in the right direction. However, just look around and you’ll see we have a long way to go to substantially reduce our waste.

If you haven’t heard of zero-waste, its principal is simple – re-use and recycle all resources so that nothing is sent to landfill or incinerated. It is a philosophy that is being adopted by increasing numbers of people worldwide spurred on by American advocates, Bea Johnson and Lauren Singer.

Lauren is an inhabitant of NYC who claims a single 16oz mason jar holds all of her trash for two years. She runs the blog www.trashisfortossers.com where she advocates making your own toothpaste, buying bulk and avoiding plastic all together. She began the lifestyle whilst reading environmental studies at University and has now reduced her landfill “trash” to just one small jar-full for four months. If everyone sent such little to landfill we’d be doing great things for the environment.

Bea Johnson also runs a blog and is the author of the book “Zero Waste Home”. She claims it is feasible for even a family of four to live a “zero-waste” life, generating a single jar of waste from one year. Her zero-waste mantra, and key to creating such little rubbish, is “Refuse, Reduce, Reuse, Recycle, Rot (and only in that order)”.The lifestyle that Lauren and Bea have inspired is being taken up by increasing numbers of people and new youtubers impassioned by the topic are continually appearing with hints and tips for others of similar mindset.

However, zero-waste is not simply a personal lifestyle choice – in the town of Kamikatsu, Japan ‘zero-waste’ has been enforced on the 1,700 inhabitants by the local council. The aim is that Kamikatsu will be the first entirely zero-waste town in the world by 2020. With no rubbish trucks, all inhabitants have to wash and sort their rubbish into 34 different categories before taking it to their recycling centre. The vision was first declared in 2003 after the town decided that the previous method of burning rubbish on an open fire was bad for the environment and people’s health. Since then the town has managed to reduce the amount of waste it sends to landfill to just 20%, the rest is recycled.

The problem is, as inspiring as these people are, the sheer amount of effort they are going to is almost disheartening. As Madeline Somerville wrote in the Guardian, seeing such stories of extreme do-gooders can make us feel frustrated at our own shortcomings and even though we try to do our part for the environment, leave us feeling that we are never doing enough.

Nevertheless, we shouldn’t feel discouraged. It may be unrealistic to make our whole lives revolve around bulk shops and mason jars, or start a petition for Durham council to collect 34 categories of recycling. However, some of the tips zero-wasters give can be easily incorporated into the student lifestyle and, as Tesco says, “every little helps!”

Bring A Bottle With You
It’s so simple and obvious but most people don’t bother to do it. Take a re-usable bottle with you when you go out instead of buying that extortionately priced bottle of coke in the Yum cafe. This can be used for years, overall saving you money and saving so much energy in the production of plastic bottles.

Get a Tote Shopping Bag
The 5p bag charge is incentivising people to take their own bags but instead of opting for the plastic “bag for life” style shopping companion invest in a durable, biodegradable organic cotton bag. This will last much longer, is less likely to break on your walk home across the Durham hills, is so much better for the environment and you can find them in loads of funky “student-y” styles.

Mason Jars Over Plastic Lunch Boxes
Lauren, from trashisfortossers seems to be in love with mason jars. She advises you replace plastic lunch boxes and disposable take-away trays with mason jars for storing left-overs and packed lunches. However, it is hard to deny the massive cost and weight differences between the two in favour of plastic boxes- tricky especially for the student lifestyle. Nevertheless mason jars will certainly last a very long time and also have a much cooler, vintage aesthetic. We can use saving the planet as an excuse to splash out a bit.

Bamboo toothbrushes
I had never heard of bamboo toothbrushes before I saw Lauren’s blog, but apparently they exist and they look pretty cool. Rather expensive, you can buy them in bulk to keep the cost down. They are 100% biodegradable – your current toothbrush can’t claim that!

Say No to a Straw
Lauren suggests buying re-usable metal straws which I suppose works if you really need to use a straw to eat/drink. However my alternative suggestion is just to not use them altogether – in most cases they aren’t necessary. So much plastic must be wasted in straws given to students in drinks on nights out and we could easily change that.