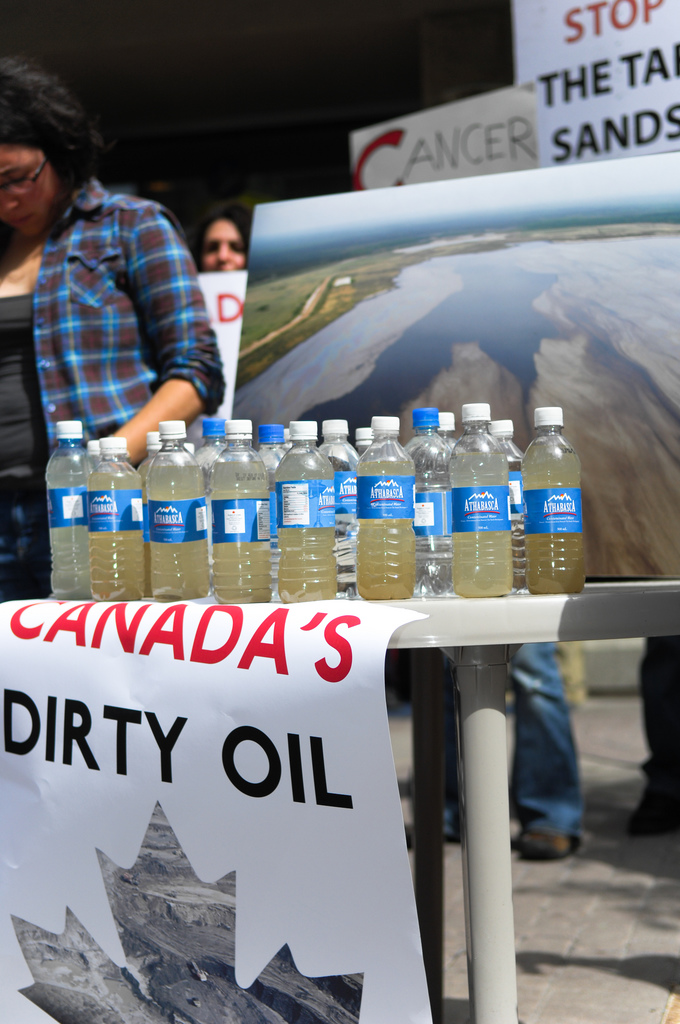 High levels of toxic metals, including mercury, arsenic and lead, are washed into natural rivers.

The Athabasca Tar Sands are a naturally occurring oil deposit mixed with sand and clay, which covers an area larger than England. Currently, they account for the biggest oil extraction programme in the world, producing a staggering 1.3 million barrels of oil a day. In light of their polluting capacity, tar sands have come under scrutiny from environmentalists all over the world.

In order to extract the oil from the sand, vast areas of forest ecosystems are removed, leaving gaping pits up to 500 square kilometres wide. Whilst companies have to produce a reclamation strategy for the land involved, the effectiveness of such programmes has been untested on heavily polluted land. Once the land is clear, the energy intensive process to turn rock into petrol can begin. The huge amount of energy needed extract the oil produces emissions of up to four times the greenhouse gas emissions of conventional oil. This accounts for the largest proportion of Canada’s emissions, currently standing at an astounding 40 million tons of CO2 a year. By 2012, this figure is set to rise to 100 million tonnes, roughly equivalent to one fifth of the annual emissions produced by the United Kingdom.

Alongside the considerable CO2 emissions and the destruction of natural habitats, there are a whole host of other issues arising from the production of petroleum from the Canadian tar sands which have had a devastating impact on the local area. The processing of tar sands requires vast amounts of water: around three to five times that of conventional oil. This is approximately the same volume of water as the city of Birmingham every day. Most of the water used in this process then ends up in tailing ponds; large pools of toxic water, which are now the size of Vancouver. Some of which are remarkably close to the Athabasca River, which produces approximately 11 million litres of toxic runoff every day. Not only does this river provide fish for the local people, the water also flows through national parks threatening wildlife. 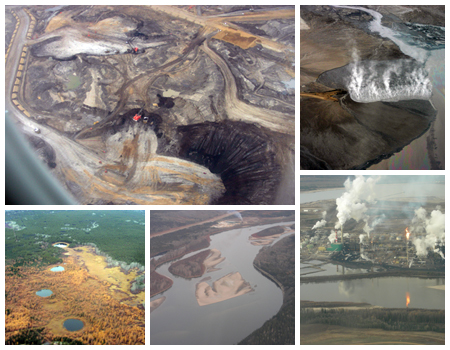 Barclays Bank and RBS are financing this environmental devastation.

The fish from the river often suffer high levels of mutations and deformities. An Environment Canada report in 2007 demonstrated that this was a result of exceptionally high levels of toxic metals, such as arsenic, lead and mercury. In addition, the regional Cancer Board has found cancer rates around 30% higher than that would normally be expected downstream of the extraction area, with both blood and lymphatic cancers double the expected rate. Further studies are needed to investigate any causality between the tar sands extraction and these cancer rates, but this is unlikely to happen without significant public pressure as the Regional Aquatics Monitoring Programme is financed by the oil companies.

The effects of the tar sands may be disputed, but in my opinion, these examples serve as a stark warning, suggesting that we should not be interfering with nature this way when the repercussions of our thirst for oil are not yet fully understood.

But as this is all happening in Canada, why should we be bothered?

Whilst the oil from the Canadian tar sands does not currently power your car, investment from British banks and corporations is funding its extraction. BP and Shell are, for example, heavily involved with the extraction of oil in the tar sands, investing 1.5 and 1.9 billion respectively. Banks such as HSBC and Barclays are also major financers, with Royal Bank of Scotland using taxpayers’ money to fund this environmental disaster. If this continues we are at risk of tipping the scales towards dangerous, unstoppable climate change, and causing irreparable damage to the planet.

For more information come along to the Durham People and Planet society screening of H2Oil, a film about the Tar Sands in Alberta, followed by a talk from Suzanne Dhaliwa from the UK No Tar Sands Network.