Resurrecting Society: Recycling – Where does it Go? 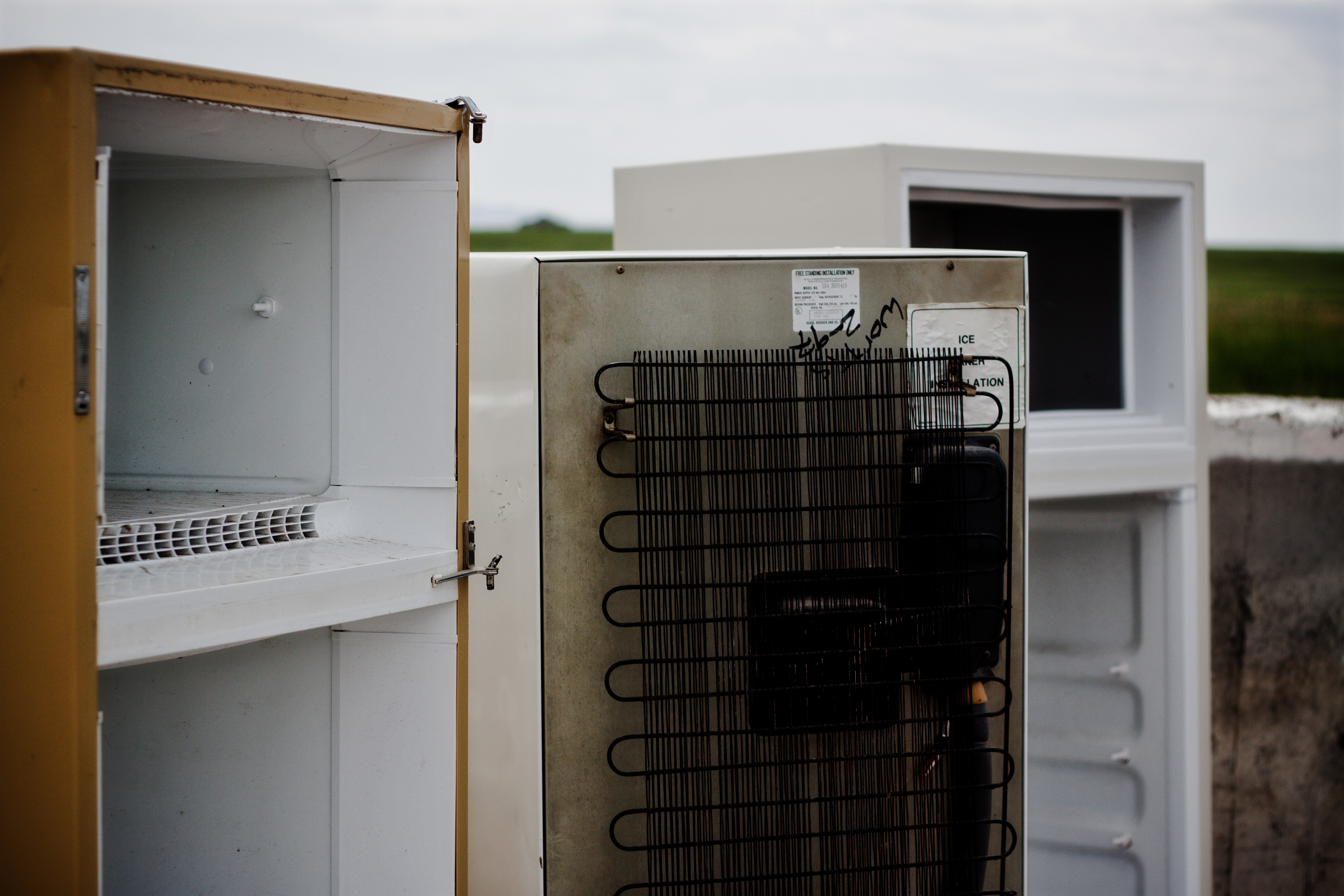 After the Upgrade: At what price do we dispose of our unwanted electronic waste and household appliances?

In the scrapyards, dumps and streets of Ghana, a plague of strange, unwanted arrivals has descended. The invaders are not crafted by nature; they take the form of neither man nor beast. This is the attack of the fridges, and it is a cause for concern far beyond Ghana, and beyond Africa. For the machines in question came from the West, and were foisted on the ‘Third World’ in the name of environmental care. Over the past few years, four thousand useless fridges have been ‘recycled’ into Ghana by the recycling firm Environcom, and it is no surprise that the Ghanaian government has decided to ban their import. The controversy brings into question the trust we can place in recycling as a whole, something which has become, in recent years, an industry unto itself. In a sustainable society, it will be important to know, when we hand over the precious store of resources that is our unwanted waste, just where it ends up.

If you buy a new household appliance these days – be it a refrigerator or a telephone – the chances are that you’ll be offered at some point the chance to ‘recycle’ the machine it replaces. Environcom is Britain’s largest appliance recycling company and provides this service to customers of retailers including Argos and Dixons. But rather than actually recycling the old and faulty goods by dismantling them and melting down the parts, such companies often prefer to repair them for future use. So far, so good: doing this saves energy and resources and reduces waste within the recycling process. But often, repaired goods are not considered good enough to sell to customers in Europe, where more profit is to be made by manufacturing brand new appliances instead. Hence, many of the machines end up being exported – with all the carbon dioxide emissions this entails – to, primarily, Africa, to be sold to supposedly more easily satisfied customers who won’t mind refurbished goods.

Aside from the environmental damage that comes with always producing brand new machines out of newly extracted resources for Western households, and the unsavoury implied notion that European consumers are somehow ‘better’ than African ones and can’t possibly put up with repairing rather than replacing their existing appliances, the recent spate of events in Ghana highlights a more serious problem. For in truth, more often than not, the faulty goods exported to Africa haven’t been refurbished at all. Indeed, up to seventy-five per cent of the cast-off British and European goods imported into Africa cannot be re-used, because there is little enforcement of laws supposed to ensure that they’re in a repairable state before export. Even if they do work, these older machines have very seldom been retrofitted for energy-efficiency, and in a continent where electricity is scarce this is a big problem for the proposed user as well as for the wider environment. Africa doesn’t want or need the useless metal shells we export. The result is that mountains of rotting fridges and their ilk that have been ‘recycled’ in good faith by former owners end up forming in some of the poorest places in the world. This is no better than fly-tipping, into the back yards of people with little power to complain.

And the effects are far from just aesthetic. Old equipment is often full of dangerous chemicals such as chlorinated dioxins and lead compounds that quickly build up in these already poverty-stricken parts of the world. Amongst the most worrying exports are those of electronic goods, such as mobile ’phones and computers: an old-fashioned CRT computer screen can contain up to 3 kg of lead. When such devices are dumped, the chemicals can begin to leech into the ground and water supplies, creating health problems for people who have never had access to such technology themselves.

It is in the poorest parts of the world that the burden of far-away throw-away consumerist societies, in which greed for ever newer and better electronic devices trumps concerns for the environment and long-term prosperity of mankind, is felt the hardest. The manufacturers of new televisions, computers and ’phones, which have ever-shorter lifetimes, appear to pay little attention to where these items will eventually end up after their rapid replacement. It is because of this that, rather than being recycled into new products or repaired, huge amounts of electronic waste are shipped – often illegally – abroad. Most of the 1.37 million tonnes (21 kg per person) of electronic waste produced each year in the UK is not repaired or recycled here, and will end up in a foreign landfill site or being be reprocessed in places that lack controls on worker safety and environmental degradation. Yet this ‘waste’ is surely precious: it comprises amazing, intricate devices, fashioned from precious metals and able to perform complex tasks undreamt-of by previous generations.

By contrast, the recycling of electronic waste is all too often simply a pretence, and people around the world and future generations will suffer as a result. One of the most important tasks that we as a society can engage in must surely be, then, to ensure that this changes quickly. But simply recycling more will not be enough. To create a sustainable civilization, it is vital to change the way of life that leads to the production of such a large amount of waste in the first place. There really is no need to replace computers, fridges and telephones nearly so rapidly, if only we create them to last, rather than allowing manufacturers to incentivise their replacement by continually bringing out new models.

And some of these devices may be unnecessary anyway. Does any individual really need a laptop, ’phone and ‘tablet’, all at once? The big companies that profit by producing and selling them may tell you so, but in reality the addiction to material goods they supply has long since become a force for imprisonment rather than liberation. If by accumulating so many machines at once and replacing them so often in the false hope of thereby improving our own prosperity we are denying people in other places and at other times access to any of these devices at all, and to the clean environment on which they depend, we each need to avoid doing so. Governments need to incentivise people to re-use, not to replace, and encourage manufacturers to innovate by making their products longer-lived and more sustainable to produce. The current craze for consumption simply has to stop.