Paper – did you think before you printed?

Andrew Woodsey in Environment on 11 December, 2010. 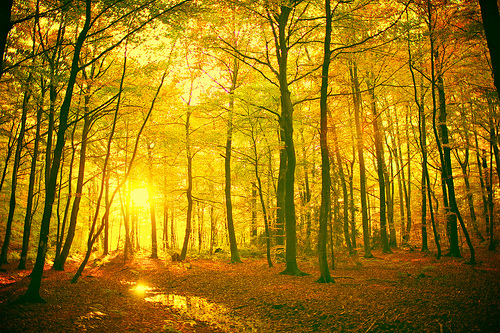 Millions of trees are cut down every year to be used for paper, much of which just goes to waste.

“Please consider the environment before printing this article.”

It is this kind of sentiment that tree-lovers and the environmentally concerned tag onto the end of their e-mails. Usually written in cheery green Comic Sans, it reminds us to spare those few extra sheets that have been cruelly wrenched out of the Amazon basin. Of course, students are quite accustomed to printing nothing but essays so the message is often lost on us. Generally speaking, though, it is hard to imagine how such an often-repeated sentence can make a real difference to the printing habits of today’s office workers.

But the issue of office waste is pressing and the facts speak for themselves. The pulp industry is the third biggest consumer of fossil fuels in the world and, as such, it is also the third highest emitter of greenhouse gases after the chemical and steel industries. It is the largest consumer of water per kilo of finished product. Furthermore, a forest area roughly the size of England is felled every year, and 42% of the industrial pulp obtained goes into the manufacture of paper. In Europe alone in 2009, 779 billion sheets of A4 office paper were consumed. This absurdly high rate of paper consumption is also by no means slowing. Despite the digital revolution of recent years, it is estimated that 95% of business information is still stored on paper.

At the other end of the ream’s life, it not only uses a great deal of landfill space, but is a large contributor to atmospheric methane when it rots. But the urgency of paper reduction is clearly not hitting home as hard as it should, with issues such as transport emissions and agricultural practice taking precedence in the mainstream media.

It will take, it seems, more than a cosseting e-mail footer to solve the problem of excessive printing. In order to bring this issue to the fore, two different campaigns have begun to take a more hardline approach in the fight against print wastage. 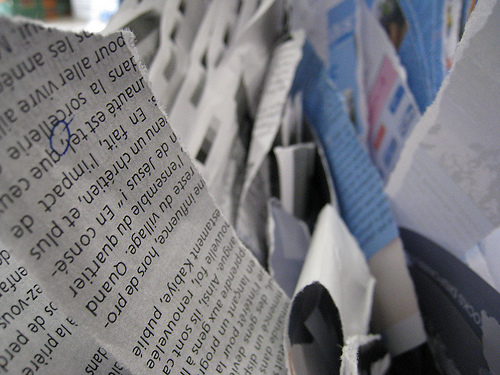 Did you really need to print those lecture slides? That entire article? All those notes? Think before you print!

First prize for simplicity goes to the online petition at ChangeTheMargins.com. The idea behind the campaign is clever and straight forward: to persuade Microsoft and other software developers to reduce the default margin size in their word processing software. This would obviously have the effect of squeezing more words onto a page and thus reducing the number of pages to be printed. At the launch of the website, the standard margins in Microsoft Word documents were about 1.5 inches, from which the campaigners proposing a reduction to 0.75. The 1.5 inch margin is, according to Microsoft, merely a convention of the digital age and has no particular aesthetic or pragmatic reasoning behind it. The reduction, the campaign’s founder Tamara Krinsky claims, would have resulted in a 4.75% reduction in paper usage, the rough equivalent of 1 tree per tonne of paper. Alone, the U.S. would have spared over 6 million trees. Partial success has since followed, either through the campaign or through Microsoft’s own corporate responsibility, with the default margins in the latest versions of Microsoft Office reduced to 1 inch. A slimmer automatic margin is still a foreseeable possibility.

Such a reduction has not only environmental benefits, but massive financial advantages. Penn State University has launched a similar margin-slimming ordinance which they predict has saved them 120,000 a year from purchase and refuse costs.

The second campaign waging war on unnecessary printouts employs a more direct method. The World Wide Fund for Nature (WWF) has launched a new kind of file format. This file is exactly the same as a PDF except that it cannot be printed, allowing the writer, rather than the reader, to decide whether the document ought to be available in a hard copy or not. For those who have already taken umbrage at well-wishing e-mail footers telling them not to print out their electronic documents, this restrictive measure may cause further grief. However the popularity of the new “WWF” format has already won the support of three large organisations: Triodos Bank, Suncycle renewable energies and B.A.U.M. (German Federal Working Group for Environmental Management). To garner such support so early in the project shows that there are companies that do consider the environment on an important ethical issue. As the format expands and develops, it will help to bring changes in office habits, from communication to data storage.

The positive part is that these campaigns seem already to have found solid support. Yet the issue is not restricted just to the workplace, but also to industries such as publishing and advertising. The bad news is that global paper consumption continues to grow. Despite our modern technological alternatives, good old ink-on-paper is still preferred by many. But with the advent of e-books and internet media there is hope that we can change our habits and reduce our paper consumption to a sustainable level before ecosystems are irreversibly damaged.