Out of the Bubble: Summer in Northumberland

Tobias Thornes in Environment on 9 March, 2013. 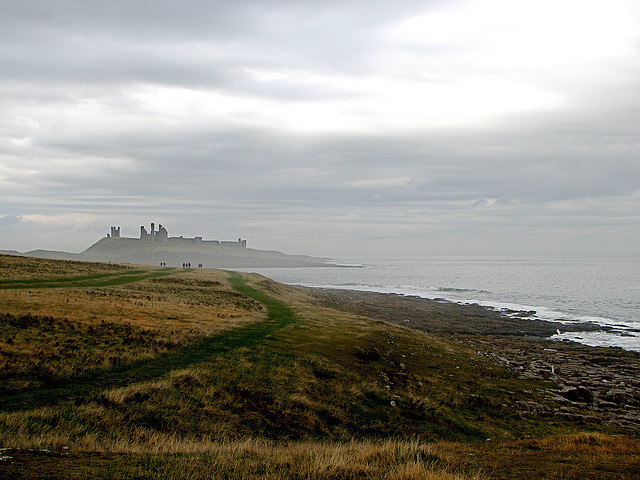 There is no single official date to the start of spring. With the fantastically varied nature of British weather in particular being as it is, no single defined point could ever hope to pin down the slow and hazy transition that pulls us from the bare dormancy of winter into the coming forth of new life again. But if there is any date that most befits this progression, year on year, its logical identity must be 1st March. And so, this point having come, at last, upon us, we can safely declare the spring to have begun. Now, therefore, is a good time to leave behind those cold winter thoughts and set our minds on all that the easier, warmer part of the year promises us, whether it be rain or shine that the spring and summer bring, as the garden of nature all around us bursts into bloom.

We do not need to travel far to witness this beauty, for spring and summer in Northumberland see the natural landscape of our country at its best, if we know where to look. A short train ride north of Newcastle and you are brought right up to the heart of the picturesque and largely unspoiled coast of that county, to Alnmouth. The beautiful station buildings that reportedly once stood here were demolished and replaced in the 1980s, victims of a less enlightened time. But, leaving the busy bustle of the main-line trains behind you, there may be points on a visit here when, lost between sea and sky, you feel you have slipped into another age. On a quiet, sun-spelled day in the late spring or early summer, this small town sits as a tranquil respite from the worried world behind you. Here, where the sea stretches out to its unbroken horizon, you cannot help but feel drawn out of time and out of your hurry, in the face of such a vast, unfathomable scape of endlessness that cares little for the concerns of the hastily changing land. For all our ingenuity, we are powerless to tame this fierce beast.

Beside the mouth of the emptying river, there lies a sandy atoll, a work of nature crowned of late by man, who at some unknown time saw fit to raise there a wooden cross. It is a symbol of faith, in the face of the uncontrollable ocean, proclaiming abroad to any coming seafarer the trust in God once at the focus of lives spent in this most ancient heartland of English Christianity. For it is not far, after all, to Lindesfarne, or indeed to that great shrine of St Cuthbert that sits atop our own Cathedral city. But, turning our backs on this curious monument, we must move on, for further north a coast of varied sights awaits.

The somewhat overgrown coastal path takes a mixed and rugged route as its winds its way onwards towards Boulmer. At times, it takes you over sandy plains of beach, at others across rockier bays that leave any question of hurrying quite out of your mind as the shingle and loose stones slip beneath your feet. At high tide, the way is quite impassable, and other, less inviting passages must be taken further inland. But where the route is most spectacular is where it takes the wanderer high up onto the cliffs, where here and there a well-discerning holiday-maker has built themselves a shack in which to spend the blissful summer days.

As I climbed this way, one meek and cloudy June day, it was on those high cliffs, looking down from the grassy-green terrain upon the sand and sea below, that I beheld at last the sun cut its way through the grey of the morning to paint the yellow shoreline gold and gleam upon the water’s green-blue glow. And there, at once as I topped the bow of the hill, appeared as a distant mirage the shimmering shape of my destination, far above a further cove. This was Dunstanburgh castle, a mighty giant fallen into its current, empty shell through centuries of time’s unkind decay and yet still visible, dominating over its local shoreline like a tired watcher still trying to defend us from some long-dead threat.

But before we reach this proud guardian of the coast, now first glimpsed, there lies a long and winding walk across the ever-jutting cliffs. All at once, we come to Boulmer, a small and sleepy outpost where long-forgotten tractors form their own ghostly corpses, rusting in their steady poses on the empty beach. Beyond Boulmer, and the path crosses a gentle stream before climbing yet higher to look down on the circling sea-birds that gaily fill the air with the lively sound and motion that gives this place its vibrancy, and paint the cliff-sides white. There are places here that could have looked the same in any century. From this same, lofty watch-point once roamed the eyes of Briton, Roman, Saxon, Christian missionary, making their ways through what was once one of the more populous parts of Britain. Now most of their ancient paths are overgrown and their buildings, where still visible, lie in ruins.

After them, of course, must have come the architect of that greatest show of medieval power that lies still ahead. Once you arrive at Craster, with its small but pretty harbour and huddle of holiday homes cheerfully marching behind the seafront, you are nearly there. There is no access to the fortress itself except by foot, and as morning turns to sunny afternoon you shouldn’t be surprised to find yourself joined, all at once, by walkers and bus-riders from all directions as their paths converge here, upon this special and awe-inspiring place.

For this is where, if anywhere on this beautiful coastline mixing man and nature, the landscape draws the beholder closest to the worlds of the past. Dunstanburgh was begun exactly seven centuries ago, intended to be the grand, protective refuge of the sometime Earl of Lancaster, who wished to have his own way with King Edward II and needed to secure a seat of power and prestige for himself lest his independent-minded plans went awry. You can see it in the scale of this great structure, still dominating the landscape it was built to impose over so many years ago for all that its lofty turrets have crumbled and its posh, private suites become the apartments of nesting birds, at the mercy of the wind and rain that beats in from the eastern sea.

For all the grand designs of ancient minds, this place could only in part stand the test of time, and perhaps its mighty but mostly ruined walls are all the more testament to the failure of man, no matter how rich and powerful, to stamp his plans forever on a landscape or on his society. For, sooner or later, people forget, nature returns and the mighty works and lofty concerns of a proud generation are lost beneath the soil and sand. Like the works of Ozymandias this building, too, one day will have disappeared, forgotten and returned to dust once more.

Not so the sea and cliffs and sky, which still present an inspiring sight as the clouds clear and another afternoon saunters smoothly onwards. The walk back is painted by the beauty of an ever-changing sky, with rugged sea-clouds making shapes, as they have done for millions of years, amidst the hazy blue. As I reach again that high point on the cliff where I first saw it, I look back at the castle living out another of its countless days upon its hilltop. A ruined craft of man amidst the glorious, timeless show of nature. That makes for a spectacular sight indeed!