Out of the Bubble: On the Trail of Dismantled Tracks

Tobias Thornes in Environment on 22 September, 2012. 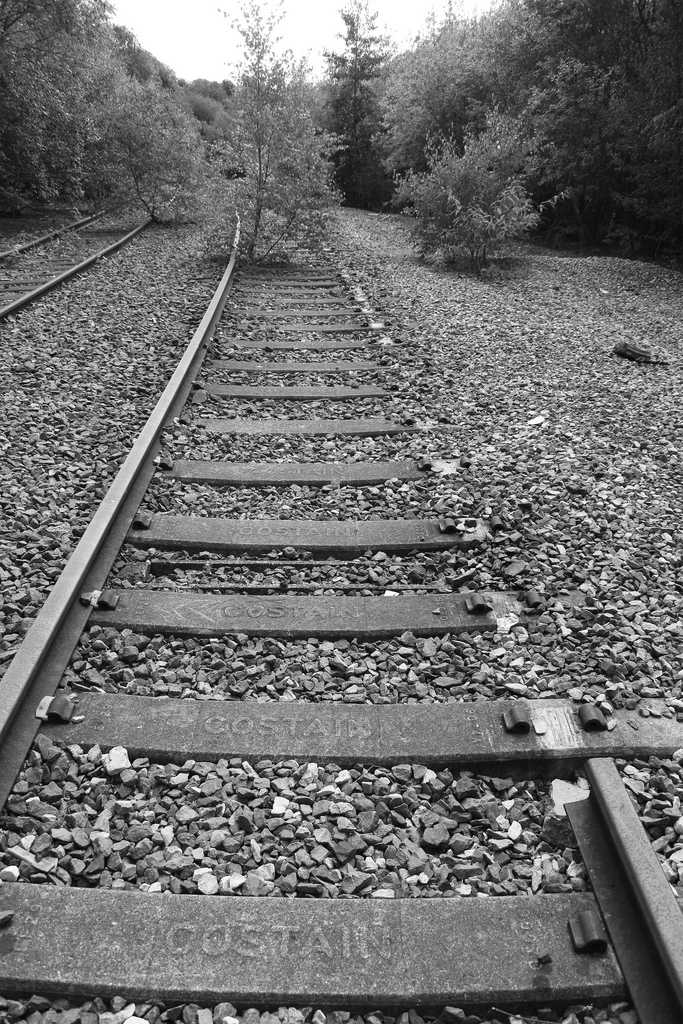 The forgotten railway lines of England make for fascinating places to visit, living on to inspire the imagination though the hurtling steam trains they once carried are long gone.

Just to the east of Durham, beyond the tip of the Gilesgate sprawl, lies the rusted wreck of what was once a busy thoroughfare, conveying hurtling trains across the countryside on their way between Shincliffe and Sunderland from 1839 until its closure in 1991. But no longer: now the abandoned lines lie silent, and nature has returned, beginning to reclaim the land so long commandeered. The high embankment has corroded and decayed, trees and bushes have crept in between the disused sleepers, and what once was a scene of rush and danger has settled into one of peace and tranquillity. Indeed, it’s difficult to believe, in this space between eastern hills and western woods, that the edge of the city lies just a few hundred yards away.

Of course, this is no natural landscape. The bubbling stream below is banked by unnaturally shaped stones as it makes its way beneath an iron footbridge, and into the carefully cultured fields beyond. Yet this does not diminish the beauty of the place. Its gentle flow, and the flourishing array of overshadowing flora are the works of nature drawing over even this manmade scene. Come here on a sunny day in May, and the sight of golden fields of rapeseed, painted by man with nature’s brush of yellow, are as picturesque a sight as any farmland scene. Even the sound of the distant motorway, barely visible, could be mistaken for the crashing of a calm sea. Almost all of this: farmed fields and quarried hills, rail and road, are manmade. But they are forged amidst, furnished by, and eventually reclaimed into untameable, and beautiful, nature.

So it is, so often, wherever our busy byways fall into disuse. The canals that teemed with industrial traffic of the eighteenth, nineteenth and early twentieth centuries now provide channels of beauty across the country, favoured by walkers and recreational boaters alike. Ducks and swans often make these calm waterways their homes, which also provide habitats for fish and birds that nest amongst the reeds. Take a walk – or better still, a boat – along one of these often-forgotten triumphs of human engineering, much calmer than any river, and you will find yourself transported through otherwise inaccessible stretches of the countryside, in a unique environment created for industry but maintained for leisure.

But closer to Durham, it is disused railway lines that again provide the best way of seeing the county on foot or by bike. The Lanchester Valley and Deerness Valley railways, which closed in 1966 and 1964 respectively, have long since had their tracks completely removed, and now form the routes of two wonderful walkways accessible from just beyond Neville’s Cross. Again, here, what was once a busy thoroughfare now provides a convenient cutting through the woods and fields of County Durham, towards Ushaw Moor in the south-west, or the towns of Lanchester and Consett to the north-west.

The two train lines, built amidst the enthusiasm of the mid-nineteenth century, were never very heavily used and lost their passenger services long before the days of ‘Beeching’s Axe’, but the great handiwork that went into their construction is still visible, here and there: in the crumbling remnants of the old platform in Lanchester, now converted into a garden; in the numerous iron bridges that span the many beautiful streams that pass beneath the path, bridges that undoubtedly took great effort to construct and erect. Now they provide the framework for one of the most pleasant walking and cycling environments on offer in the county. As for people, so for their mammalian cohabitants: you may find yourself alongside the likes of deer and other animals that use the path. In the eaves of the shady trees to either side, meanwhile, live redwings, blackbirds, owls and even bats (near the Malton picnic area, on the way to Lanchester from Durham). Who would have thought, as the rails were laid in the mid-nineteenth century, that this would one day provide such a haven for wildlife, and for those who wish to immerse themselves in nature?

But it is not only wildlife-lovers who benefit from the disused railways of Durham: the path to Lanchester provides both stunning vistas of the hills on either side of this pleasant valley and historical gems. Nestled below the high cutting lies a forgotten ruin, overgrown but still prominent. Meanwhile, not far up the valley from Lanchester itself sits the Roman fort of Longovicium. It’s gems such as this that make the railway paths so much worth a visit, a world away from the Durham bubble and yet beginning just a mile or so from the city centre.

It would be difficult to imagine, now, the British environment without the canals, train lines and motorways that criss-cross the landscape. In use, they serve both as busy arteries connecting the disparate cities and as divisions, sometimes imposing limits on expanding habitations, but at the same time cutting ancient field and forest in two. But as they gradually fall into restful silence, these thoroughfares, though forgotten by the traffic they were built for, can yet provide fantastic access to the wildlife of Britain, transformed into calm oases. Yet at the same time, there is something saddening about the decay of such feats of engineering, lying testament to failed hopes and vanquished dreams that did not stand the test of time. Perhaps it is not with too much regret, then, that we should greet the news that the mothballed, rusty railway outside Gilesgate may again play host to galloping trains. The work of all those labourers so many decades ago will not be in vain, if plans to reopen the line eventually go ahead. So enjoy this peaceful space between Durham and Sherbourne while you can, but do not be too disappointed if you find this particular site of tranquillity somewhat short-lived.