Is it “Okay” to Visit SeaWorld? 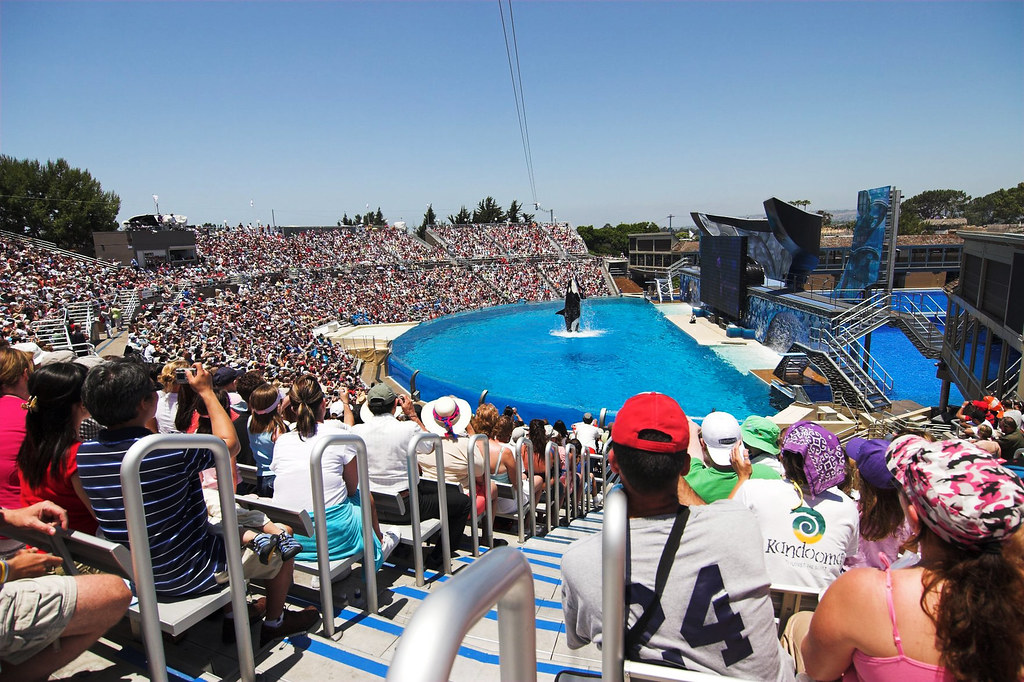 SeaWorld has appeared in the headlines again this month as it emerged that their killer whale, Tilikum, is dying. He has a chronic and progressive respiratory infection caused by a species of bacteria that is, his vet reassures, found in whales in the wild. Despite a daily course of antibiotics and anti-fungals to alleviate his condition, there is no cure for Tilikum as the bacteria is highly resistant to treatment.

Tilikum’s story is the centre of the documentary film Blackfish that shocked audiences in 2013. Caught in the wild and pulled from his mother’s side at 2 years of age, Tilikum has spent three decades in captivity and has three human fatalities linked to his name. Blackfish highlighted the plight of whales in captivity with focus on Tilikum’s life from capture to exile after he drowned highly-experience trainer, Dawn Brancheau, 40, after a show. The root cause of the fatalities, the documentary claimed, was poor management by SeaWorld and the inherent fact that killer whales – such large intelligent cetaceans – should not be kept in captivity at all.

Public outcry in the wake of Blackfish saw visitor numbers plummet and a $10 million drop in profits. Significant re-branding effort, focussing on education and conservation saw SeaWorld begin to win people back over until last year when two incidents caused public opinion, and visitor numbers, to drop again. Firstly, it emerged that a SeaWorld employee was sent to spy on animal rights group PETA. The public saw this as serious foul-play on SeaWorld’s part and a hint at the intrinsic “dodgy-dealing” nature of the whole company. To make public opinion a heck of a lot worse, a few months later at a show in San Diego, heart-throb Harry Styles urged fans to boycott SeaWorld if they liked dolphins.

Despite all the bad press and negative opinion, SeaWorld has not folded which means it is still getting enough visitors to its parks in Orlando, San Antonio and San Diego to make a profit. Therefore, there must be fair amount of people who either entirely refute Blackfish’s claims as “media spin” or at least feel no qualm in supporting such an organisation because, from what they see when they visit, animals are “happy”, housed in suitable environments and looked after by trainers that love them. People may also argue that SeaWorld contributes significantly to conservation and education and that marine wildlife would be worse-off if SeaWorld didn’t exist.

“why is it socially acceptable to see Giant Pandas at Edinburgh Zoo but not Killer Whales at SeaWorld?”

Conservation and education are important things, and they go hand in hand. It is the struggle of Conservation biologists today to relay their knowledge to the general public to gain support, as with the public alongside conservation efforts are much more likely to be successful. People are more detached from the environment than ever and research has shown that the ecological experiences we have as children set the expectations we have of the standard of the environment around us as adults. Humans are warming up the planet at a ridiculously accelerated rate and we’re looking at serious decrease in biodiversity in the very near future. Surely it is our duty to support species as much as possible to resist the destructive climate changes that we as a species are causing.

Nevertheless, people lead busy lives: we’re tired, stressed, not paid enough – who has time to fight every environmental battle? Who has time to do the research, build up the passion? The ethics of keeping animals in captivity has been debated over the years but a point significantly in favour of it is that it can offer the opportunity to educate people on the natural world whilst providing a relaxing, family day-out. Like feeding Tilikum his antibiotics in a juicy fish, it makes something that could otherwise be undesired, into an enjoyable experience. David Attenborough himself applauds zoos, arguing they serve an important function in education and retaining genetic and species biodiversity through breeding programmes. Furthermore, expensive breeding programmes of popular species such as the Giant Panda can act as “flagships” for conservation- they use up a lot of resources and but, due to the species’ popularity, are worthwhile because they raise extra support for conservation in general. So why is it socially acceptable to see Giant Pandas at Edinburgh Zoo but not Killer Whales at SeaWorld?

Unlike Giant Pandas, Orca are not endangered. Captive breeding programmes are not necessary for the survival of the species, they just generate spectacles to entice people to parks. Also, individuals are kept in tanks that appear way too small for their relative size and lack stimulation. Orca are skilled marine predators that travel many miles daily in the wild – performing tricks for fish is not comparable to hunting wild prey using echolocation and communicative clicks and whistles to work in partnership with your pod. Despite his advocacy, David Attenborough also admits that, “not every spectacular thing can be kept in zoos” and it can be argued that Orca fall in this category. They are highly intelligent, highly social animals evolved for a life in the open ocean and the failure of humans to understand that they can be erratic and independent has led to even the most experienced trainers being killed. Why anyone thought that it was acceptable for such large, social marine mammals to be kept in such barren tanks is amazing. SeaWorld have this week announced they are going to stop breeding Killer Whales. This may be seen as an admission and acceptance that the Orca is not a species that should be kept in captivity.

David Attenborough – “not every spectacular thing can be kept in zoos”

So is it okay to visit SeaWorld? At the end of the day SeaWorld is a big corporation – its central motive is profit. It is not a zoo or an aquarium, it is a theme park and animals perform tricks like they’re in a circus. People condemn animals in circuses but SeaWorld is, for all intents and purposes, a glorified circus, justifying its own existence by claiming its central focus is education and conservation. If this were true its shows would always have mentioned conservation, which they have not and trainers would be marine biologists, which they are not.

Simply the fact that SeaWorld have kept and bred Orcas at all, and the manner in which they have done so, suggests they themselves do not have an understanding of the biology of the species, or regard for their welfare or that of their own staff. They are therefore in no position to educate people on marine biology and are unworthy of your hard-earned money. There are plenty of ways to learn about marine wildlife, conservation or have a nice day-out without supporting a corporation that exploits animals, staff and the name of education.