It isn’t very often that the well-worn debate over the issue of climate change is approached with a sense of humour. As a person who embarked upon something of a personal crusade during their early teens to put the world to rights and single-handedly rescue the polar bears from a serious case of sunburn, I am speaking with experience when I tell you that a fair few eco-warriors out there seek to get their message across by earnestly preaching their cause to the oil-guzzling, heretical unbelievers with a kind of humourless, quasi-religious zeal.

Of course, I am not saying that every single person concerned with rising global temperatures and depleting natural resources must automatically be labelled an insufferably self-righteous, idealistic hippie, but that’s the stereotype, and it is proving counter-productive to environmentalists’ campaigns. Climate change sceptics across the world dismiss valid, scientific theories about mankind’s gaseous contributions to the greenhouse effect, and feel justified in doing so. Top Gear presenter and television personality Jeremy Clarkson has been, for instance, particularly scathing about the issue of climate change, informing the entire readership of a top-quality paper (more commonly known as The Sun) in 2008 that:

Everything we’ve been told for the past five years by the government, Al Gore, Channel Four news and hippies everywhere is a big bucket of nonsense.

What is significant, though, is the fact that climate change, whilst arguably a scientific theory and therefore subject to rigorous criticism and dispute, is nonetheless a weighty academic field of research, bolstered by the work of many trained and reputable scientists. Jeremy Clarkson, whilst certainly the man to go to for detailed advice about the inner workings of the latest Ferrari, is decidedly less qualified to make such damning judgements about the effects his love of the road will have on the environment.

The fact that virtually all vocal climate sceptics are not scientists has been recently lampooned by a group of Australian climate scientists using a rather novel medium: comedy rap. The video was filmed for an Australian television show but has since been uploaded to YouTube, where it has so far been viewed a grand total of 80,002 times. Although it has technically not quite gone viral just yet, this is a pretty impressive feat for a video that features a bunch of white, middle-aged academics “keeping it reeeeeall”, rather than Justin Bieber, Osama bin Laden or a dramatic chipmunk. 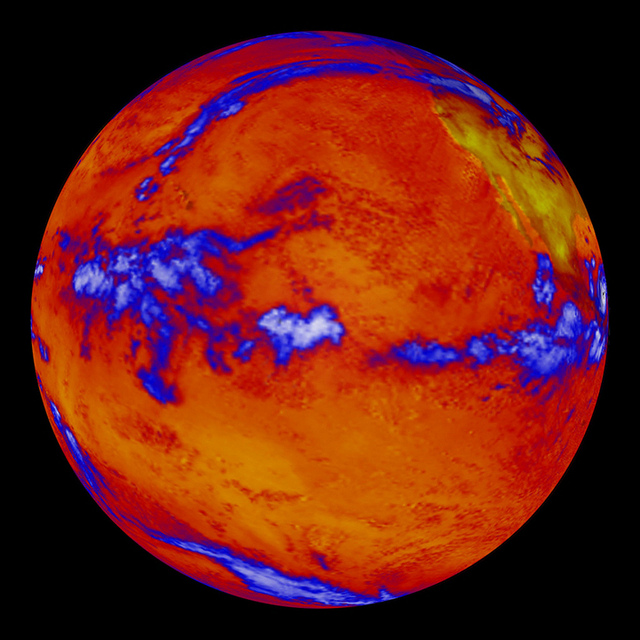 The satirical video has been watched 80,000 times so far

As a proud connoisseur of YouTube’s finest comedic offerings (I find it helps me in my pre-exam procrastination efforts), I really do hope that this video goes on to cause a stir in and outside the blogosphere. Indeed, it has already provoked a number of online sceptics, such as Tim Blair and Steve McIntyre, into an online tirade. Whilst a number of sensitive types might baulk at the frequent expletives (“The Greenhouse Effect is just a theory sucker/ Yeah so is gravity float away mother f**cker”, is just one example of the scientists’ more colourful lyrics), the video does emphasise a serious fact about the nature of the climate change debate, highlighting how public opinion and government action might be drastically swayed for the worse by cynics speaking up without a wave of peer-reviewed research papers to back up their arguments.

By injecting a massive dose of much-needed humour into the cause, these scientists should hopefully dispel the popular myth that environmentalists are stern and serious preachers seeking to force humanity to renounce their inefficient ways and eat mud for the rest of their lives in order to prevent the world from boiling over. Take that, Clarkson.