Is Global Pollution the biggest threat to Humanity?

Jennifer Irvine in Environment on 4 November, 2017. 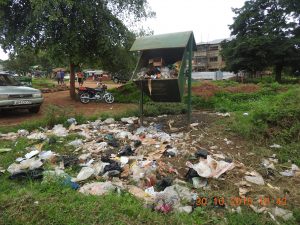 The introduction of the £10 T – Charge by Mr Khan last week meant that for anyone driving vehicles which fail to comply with the Euro IV exhaust standard must pay an additional £10 (on top of the 11.50 daily congestion charge). Mr Khans new policy aims to reduce London’s seriously polluted air quality by ‘discouraging the most polluted vehicles from driving into London’ Mr Khan describes the air in London being a ‘killer’ where more than 9,000 premature deaths occur each year.

With the implementation of this new policy I can’t help but to question, exactly, how serious is the effects on air pollution? And not just in the UK, a report from the Lancet Commission on Pollution and Health revealed that air pollution is accountable for around 9 million premature deaths. In 2015, The World Health Organisation placed India and Pakistan as having the most polluted cities in the world, with Delhi topping the list with an extremely high concentration of 153 micrograms per cubic metre of particulate matter.

Additionally, in Southeast Asia, there is an estimated 20,000 premature deaths resulting from coal-fired power stations, which is expected to increase to 70,000 in 2030. Despite China’s cities (shockingly) not consisting of the top most polluted in the world, Beijing still battles with the health issues resulting from having one of the world’s poorest air quality. Thick smog stemming from the polluted air may have some serious side effects; many people can suffer from short term side effects such as asthma attacks, bronchitis and in extreme cases, heart attacks.

With rising levels of air pollution, comes the rising levels of greenhouse gases, and it is clear that we aren’t the only ones who are being effected. As the ice sheets are melting and the sea levels rising it brings with it some serious implications for the natural world. For example, if the sea levels continue to rise it could result in sea turtles losing their nesting beaches. In addition to this, habitats are being disrupted due to the abrupt change in climate. Global warming brings the changes in high and low temperatures and also water availability, this is currently affecting the ecosystems of thousands of species as their habitation is being wiped out.

There are numerous strategies London could implement in order to reduce the amount of Carbon Emissions caused by the polluting vehicles. Perhaps they could even go as far as emulating Paris’s ban on all cars from driving in the city centre for a day, in which had an exceptionally positive response from the public. Or perhaps London could imitate Norway’s electrical vehicle surge where in the past 20 years Norway has had a huge advancement in the act of combating the rising carbon emissions. With 500,000 electric vehicles, Norway is the second leading user of electric vehicles, with China leading the worlds electrical vehicles usage of 600,000 EVs on the road.

So, exactly, what should the new Toxicity Charge do for the global pollution crisis?

Well, in substantial terms, not a lot.  However, by discouraging drivers of old, polluting vehicles from driving in the city then its highly likely that the air quality in London could significantly improve and even inspire more polluted cities to do the same. 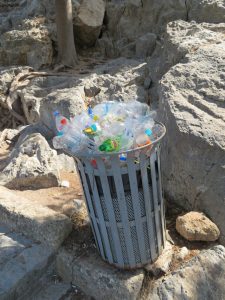