Filthy Habit: Why Littering is Rubbish

Sophia James in Environment on 4 February, 2012. 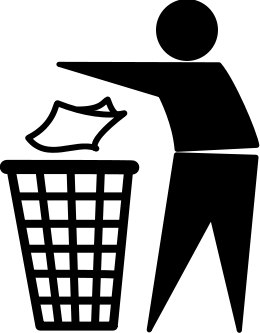 Everyone knows what this iconic logo means.

I feel, at the risk of having my editorial status revoked, I must begin this article with a brief disclaimer: I have been known to drop litter. It’s not a regular habit and I certainly don’t take pleasure befouling our lovely streets, but there have been a small number of isolated occasions at various points in my life when, unable to reach a suitable place to deposit my refuse, I have been forced to seek alternative, less environmentally friendly means of waste disposal. The most recent incident occurred during an inebriated journey by the river when I suddenly became frustrated by my plastic cup of wine and left it in a bush en route to Studio, or some other hell-hole we students attempt to enjoy in the name of ‘banter’. So there you have it: I, Sophia James, Environment Editor for The Bubble, am a litterbug. How shameful. I should know better.

Now that my dirty secret is out, I can safely reassure you that what will follow will (almost) definitely not be one of those holier-than-thou rants many have come to associate with people bent on clearing up our towns and cities, and shaming litterers for heinous crimes against humanity and Mother Nature. This will instead be a plea for change from someone who has been there themselves, who has come to realise that there is a way out from the madness that is littering. You just have to believe in the cause enough.

The fact is though no matter how hard we petty criminals try to justify our sordid misdeeds, litter ultimately ruins things for everyone. Whether you’ve dropped a pencil under your desk in lectures and accidentally brushed against a now ancient specimen of stubborn grey gum on the way back up, or had to swerve dramatically across Church Street on a Monday morning to avoid making contact with one of the many patches of vomit that are left every weekend without fail along the pavement, litter is, quite literally, rubbish. The vomit one can perhaps forgive on the grounds that when struck with the sudden urge to heave, there is not always a bucket to hand. The packets of chips and pizza boxes strewn about everywhere between town and the Hill colleges are, however, another thing altogether, as there are a large number of bins in the vicinity specifically designed to accommodate the needs of partygoers unwilling to lug their empty cartons the vast distance home. The last thing you might want to think about on a drunken walk through icy Durham is the environment but to me, when there is a large bin less than a metre away practically inviting you to dispose of your waste in its dark, smelly depths, chucking your half-eaten post-Klute meal in the street is just plain wrong. 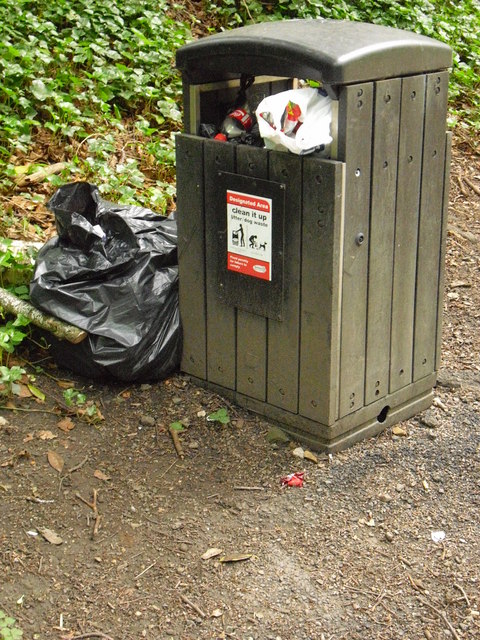 Apart from fast food containers, the other two main candidates for Most Irritating Item To Be Left In My Path are cigarette ends and chewing gum. I realise the smoking ban has marginalised smokers in pubs, bars, restaurants and clubs, and I know from friends that do smoke that this is both incredibly annoying and inconvenient for them. This does not, however, mean that the pavements outside such establishments should automatically become smokers’ territory that they jealously need to guard against outsiders with healthy lungs, marking it with their fag butts. Perhaps more annoying, and ecologically harmful, on the litter scale is gum, as it does not degrade and is virtually impossible to remove. According to a website I found, which deals with littering in great detail, although councils are legally obliged to remove chewing gum from public places, they don’t have to do anything once it has been flattened. Removal is a lengthy and difficult process that costs a huge amount of money, as normal methods like sweeping simply don’t work. Councils can resort to steam cleaning and jet washing, but these are considerably more expensive.

The immediate impact littering has on the environment is obvious. It is unsightly, unsanitary, and extremely expensive to remove. Despite being a criminal act, littering is a pervasive issue that costs council taxpayers in England £885 million a year. In tonnes, this translates to over 30 million collected from the streets each year. Thousands of animals and birds are killed by litter, often after ingesting or becoming suffocated by wrappers and plastic bags tossed carelessly aside. In urban areas, litter is a major public health hazard, as tumultuous mountains of foul smelling fast food containers are extremely attractive for rats and other pests eager to score a free dinner. During heavy storms, it is easy for waste left in parks and roads to be swept down the drains into the sea, which again shows how a moment’s thoughtlessness can contribute to a major environmental problem on a global scale. 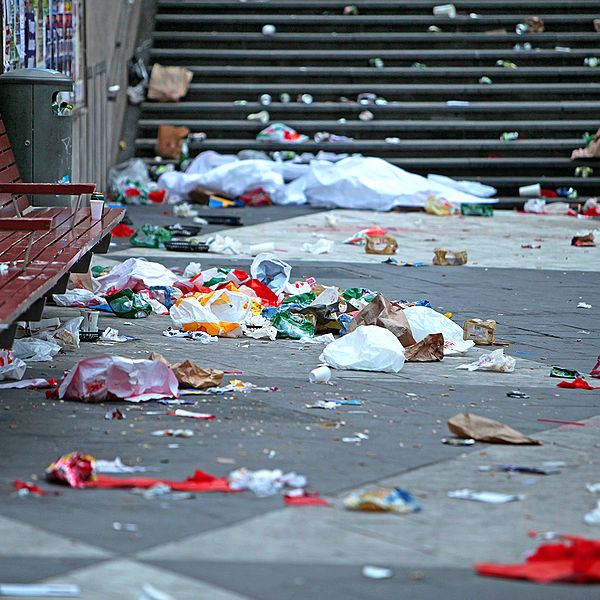 It goes without saying that litter has an immediate visual impact on the environment.

Our late Chancellor Bill Bryson famously found time during his tenure to go on litter picks with groups of students from the SCA and indeed, this is certainly one way of actively ensuring historic Durham remains unpolluted by sweet wrappers and plastic bottles. It would be completely wrong to suggest we students are responsible for all the litter in town, but it is heartening to know that there are people out there willing to try to clean up the mess of a careless minority who should know better.

Actually, despite my earlier promise not to lecture you all about the perils of this nasty practice, this article does seem to have become a bit rant-y in places. I will try to alleviate the mood now with a story of an attempt by my local council to tackle the gum problem plaguing the streets of Bromley. Special bins have recently been installed at hotspots for littering, like my bus stop, with vents to make it even easier for gum chewers without a manual to use. If you, like me, have the sense of humour of a young adolescent, you might appreciate the way the ‘G’ was defaced to leave a rather more amusing word. See, environmentalism can be fun.