Tobias Thornes in Environment on 11 November, 2013. 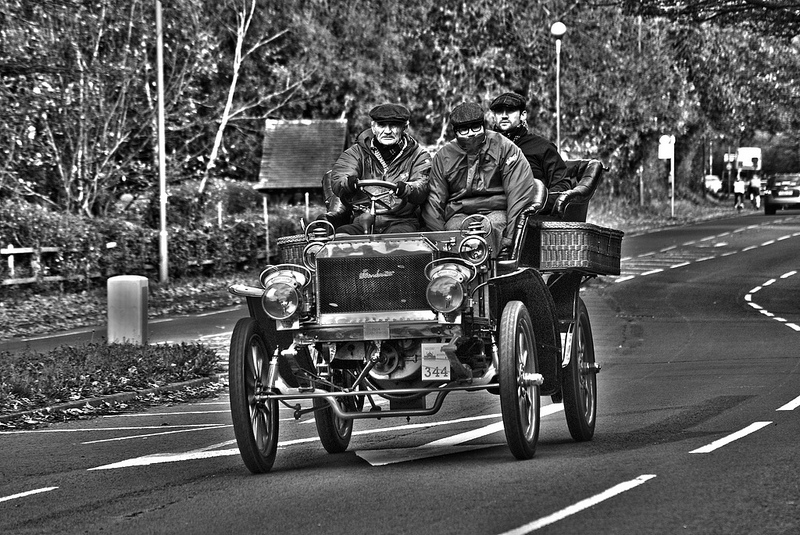 The changing face of travel: what can we learn by stepping back into another time?

Let me invite you to travel to another time. It matters little exactly which time you choose; indeed any period of humanity’s history before the last century will do. Look around at the world in which you find yourself. Some things will be familiar: the shapes of the clouds in the sky, the flocking birds, the people going from one day to the next trying to meet their daily needs for food, water and shelter; living, working and enjoying each other’s company. But some things will be different. The people will be dirtier, their buildings will be simpler, more densely occupied and ordained with far fewer goods, but, though possibly less healthy, they will be fitter. The plant and animal life outside human habitations, though shaped by farming and management, will be able to flourish in air and water less tainted and land less restricted by the influence of man. The environment will be richer, and, most importantly, quieter.

Whether narrow dirt-paths, gravelled roads or wide cobbled streets, the highways of former days were devoid of something that has come of late to completely dominate the structural layout, soundscape and atmosphere of our human environment: the internal combustion engine. Yet, for all the once-rife diseases and hardships they suffered that now affect but a small proportion of our populace, the people of past ages can hardly be considered to have suffered as a direct result of this absence. Since time immemorial, the usual posture of the waking human has not been sedentary, but upright, full of the motion of hunting, farming and building rather than resting on our laurels to work, play or travel. Until the invention of the train, travelling always involved the expenditure of animal energy – that of man, beast or both – and was therefore checked by the energy requirements and physical limits of those driving the propulsion. Until the invention of the car, the vast majority of land travel was still confined to these means. Aside from transforming our cities and cutting scars across our countryside, the car has had profound repercussions both upon our health and wellbeing and upon the very concept of travel.

In all former ages of man, for most individuals long-distance travel would be lengthy and difficult, and would certainly not be done without good reason. With the coming of the train, our prospects for seeing and appreciating the world beyond our local environs were greatly increased, something surely to be celebrated. But it was the arrival of the car – the ability for private, easy transportation over long distances – that changed us from a population that lived, worked and procured the things we wanted and needed within walking distance of our homes to one that spends vast amounts of its time commuting, travelling out of our communities to cities or shopping centres to shop, and seeking entertainment in far-flung places on a regular basis. Certainly, it is beneficial to take holidays, visit friends and family that live far away, and see more of the country that we live in. But these occasional pleasures could easily be delivered by intermittent use of cars or public transport. What placing individual people in control of their vehicles seems to have done, by contrast, is almost to enslave us to their daily use. Those self-sustaining local communities where jobs could be done and goods and services purchased have been eroded, and, now that it has become the norm, many people have no choice but to travel long distances regularly to work and shop. This daily travel is polluting, draws unsustainably on non-renewable resources and makes us less healthy by forcing us to to be unnaturally sedentary.

The core of the difference between our own age and the past lies in the dissolution of local communities of friendship, work and entertainment in favour of increasingly national and global ones. For our entertainment, we no longer sing songs and tell stories with our neighbours: we privately watch national television, or international film releases. We don’t work in local business, factories or fields, interacting throughout our daily lives with people we have come to know and love well through a lifetime of acquaintance. Instead, we venture far afield to be employed by faceless national and multinational corporations and to give them custom whenever we buy anything from basics like food and clothing to luxury goods such as telephones and computers. It is a fundamental shift in societal structure that sits in contrast to our natural inclinations towards closer social groupings.

So, what can we learn by travelling into the memory of what life was like in former times on this our island? What can we carry forward to bring about a better future for ourselves? For all that we have achieved in terms of improvements to our living environments and technologies that have the potential to make our lives healthier and happier in many ways, we have to recognise that the breakdown of local community that has accompanied the rise of the car, that most transformative innovation, is a negative thing. We now live cut off from the people and living world around us in our boxes of metal, charging from place to place over what was once green earth with hardly a thought for the rich history, culture and community of the ancient villages and towns, forests and fields through which we pass. Life has become a hectic rush, in many ways, driven towards ever-increasing material success and capitalist growth, echoing the seventy-miles-per-hour speeds of the motorway age when set against the slower pace of the walkers and riders upon the ancient tracks and paths of our forebears.

But there is one crucial piece of modern technology that can, perhaps, help us to change this state of affairs without having to return entirely to ways of life that we have moved on from for good reason, and instead reap the best rewards of both past and present worlds. The internet has begun a new transformation of our world, and one that we should waste no time in directing towards beneficial, rather than harmful, means. It could make us more insular, confined to our desks. But alternatively, through the ability to communicate over long distances without the need to drive or fly, we could use it to bring our jobs closer to home and eliminate the need for the stressful, polluting commute to work, freeing up our streets to be places to enjoy. Office jobs can be done from home, using the internet, and local small-businesses can be set up to serve communities and yet stay in contact with external suppliers. Working fewer hours, either at home or locally, and without the need to waste time in travelling every day, we may find that it becomes easier to create bonds within our local communities, appreciate the natural world around us and enjoy more fulfilling lives.

The ages before the paradigm shift that accompanied the coming of the motorcar were united in having a lower material productivity than today’s world. But spiritually and environmentally they were perhaps much more productive of well-rounded and happy beings before the rush and destruction that accompany the modern-day capitalist system of work and consumption was enabled by the increasing ease of travel. Learning from our forebears to make today’s world better is an idea that cuts across all of the environmental themes that we shall explore in this Environment Week. For if we are to build future better for all, we must first travel as humble pilgrims into the past, to see just what it is that we have already had and lost, and, perhaps, how to regain it.