Harriet Endersby in Environment on 13 November, 2013. 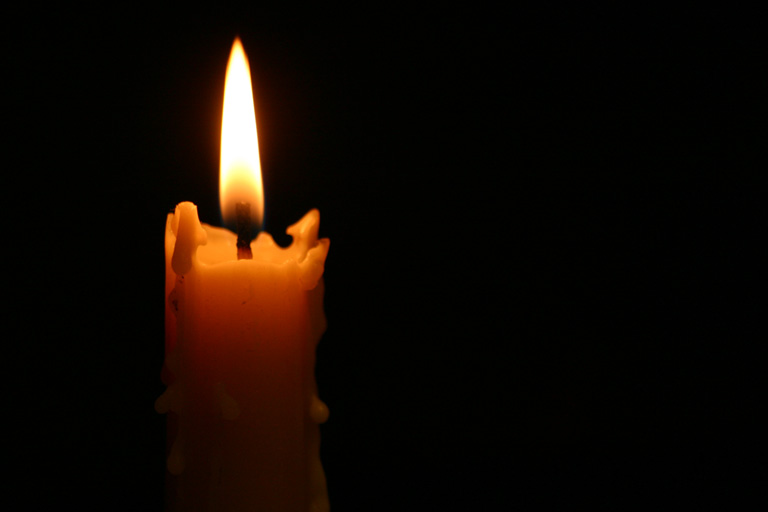 Dining in the Dark: How can we all save energy by making changes to how we cook and eat?

Last Friday night, I found myself trying to eat gravy with my bare hands. I was not, as you may assume, having a mid-term meltdown, attempting to desperately drown my sorrows with handfuls of the good stuff. Instead, I was seated, blindfolded, in a pitch black basement trying to elegantly shovel down a beautiful two course meal.

I became a gravy-scooping cavewoman for the night thanks to a dinner in the dark organised and hosted by The Three Blind Mice. This trio is made up of Durham student Caspian James, along with his sister Saskia and friend Simon Reynolds. Through a national competition held by Npower, these innovative Mice endeavoured to find a way to truly make people think about our dependency on power. And after a mammoth wine spillage and a fork to the face later, I believe they were successful.

Bizarrely, when the lights went off and the beautiful-smelling food came out, I found that I had no absolute certainty of what I was eating. The tastes were deliciously rich and comfortingly familiar, yet due to the lack of visibility, I sometimes struggled to distinguish one flavour from the next. Some mouthfuls felt like an old acquaintance; familiar but somewhat hard to place. Noticeably too, as soon as the blindfolds were on, the volume of our small group became so immense that I had to wail loudly like an excitable mongoose to make myself heard by anybody. Verbal communication became harder and louder as we had no help from lip-reading, body language or eye contact. In this respect, as well as challenging us on our power-dependency and consumption, the dinner turned out to be an interesting social experiment which was both challenging yet strangely liberating at the same time.

Dining in the dark raised other such obstacles. Passing the open wine bottle felt as pressured as passing the baton in an Olympics 400m relay with 10 million people silently screaming “if you drop it, you’re going to look like an absolute plonker.” Actually getting the food into my cavernous gob required me to scrabble around my plate with my hands, making absolutely certain that an abandoned carrot had not been left un-chomped. As hard as these new experiences were, however, it was remarkable how our bodies and minds adapted to the tasks at hand.

At the end of the meal, the lights returned and we discussed our thoughts. Whilst reflecting, I realised that, if I’m honest, I actually am a bit of an electricity-dependent leech, bleeding the national grid dry through my beautiful – albeit slightly unnecessary – ‘mood lighting’ system, my continual use of wireless internet, the kettle which aids my Ovaltine addiction and even through my precious guitar, which requires a bit of juice to get it going. This exciting and thought-provoking dining experience demonstrated that power is a beautiful and vital thing that probably, as cheesy as it sounds, should be better respected and appreciated. It aids creativity, supplies safety and makes our life comfortable, easy and convenient.

To take the concept of this experiment further, how would I have coped if this meal had been independent from power and electricity completely? The food would have been cold, or maybe even raw. (Poule au vin rouge would be a no-no.) I realised that in my everyday culinary adventures, I never eat an evening meal which hasn’t been prepared by a microwave, oven or cooker. What’s more, the ingredients mostly come beautifully cooled by the humming, power-hungry fridge, and that timid bunch of carrots have probably have been transported half way across the country to finally come to rest on an industrial-sized Tesco shelf.

Remedies to this problem can come simply. Cooking for groups of people, rather than individuals, saves a whole bunch o’ power, and, let’s face it, is more sociable and fun, especially when it turns into an unspoken episode of Come Dine With Me. Moreover, I have been more and more convinced to shop for fruit and vegetables in local grocers or markets. The benefits of this are two-fold; you can support local businesses, and not have to be burdened with shiny super-packs of veg which will inevitably be left to mould and disintegrate at the back of our poor student cupboards. Plus, if you potter around the market with a wicker basket collecting vegetables you’re going to look chuffin’ awesome.

This extraordinary dinner has helped me wrestle with my thinking about power usage. If we all just took a few little steps in reducing the amount of electricity we gorge upon every day, I wonder what difference it would make to the nation’s power consumption. Probably quite (sh)allot.

To see a video of the evening, click here: http://www.youtube.com/watch?v=7B79U1bnek0