Rhosanna Jenkins in Environment on 15 November, 2013. 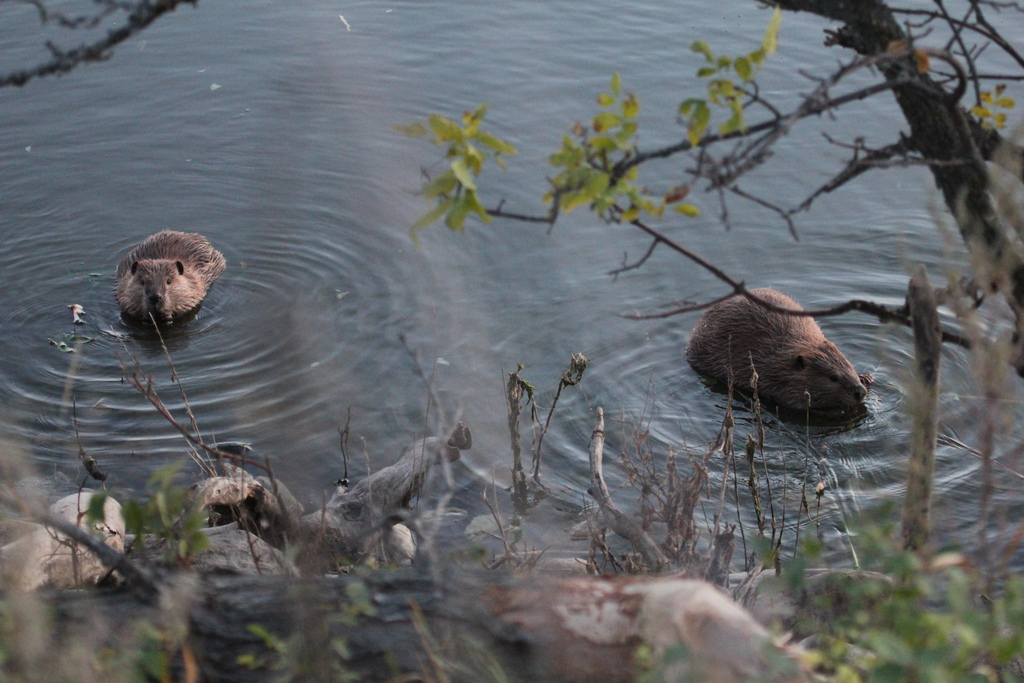 All is Not Lost: Beavers have returned in a keystone reintroduction scheme to help bolster Britain’s ailing biodiversity

When we think of problems with biodiversity and endangered species, we tend to think of tropical places where there is vast destruction of exotic ecosystems. However, problems associated with a reduction in biodiversity occur everywhere, even in our own back gardens. Biodiversity, the variety of plants and animals within a particular area, is an important way of examining the health of the environment. A high biodiversity means that many species are able to survive and interact with one another.

As ecosystems are complex, with every living organism connected in some way, small changes to the biodiversity can have much greater effects, for example to food supplies and the availability of natural medicines. However, globally, there has been a huge decline in the diversity of species, caused predominantly by human activity. Every day we encounter new appeals to save Siberian tigers, black rhinos or giant pandas, but we rarely see reports on endangered British wildlife.

The fate of our iconic wildlife may be no different to that of these world-renowned endangered species. Natural England reports that around 500 species of plants and animals have become extinct from the UK since 1800, due to land-use change and industrialisation. This figure includes 10 varieties of beetle, 6 types of bee and 20 species of butterflies and moths.

The UK’s natural high biodiversity comes from its geographical position, and some of our unusual habitats and native species are of global importance. Approximately 20 per cent of Europe’s Atlantic Ocean and North Sea estuaries, which are particularly interesting for biodiversity as they are areas where fresh and salt water mix, lie in the UK. In addition, we support more than half the European species of bryophytes (mosses and liverworts), including one that has not been recorded anywhere else. Although this may not be the most exciting claim to ecological fame, it demonstrates the importance of maintaining UK biodiversity.

The problem is that many people are not aware of which British species are endangered. For instance, very few people realise that the spiky – yet adorable – hedgehog is the 10th most endangered animal in the UK. The population of hedgehogs in Britain declined by a third between 2003 and 2010, as a result of hedgerow removal and the building of new roads and houses. Even the traditional November practice of lighting bonfires destroys potential hedgehog habitats. Can it really come as a surprise that these creatures are declining when our lifestyles mean their habitats are still being destroyed?

The importance of combating declines in biodiversity is recognised by the United Nations. In 1994, the UK Government published a Biodiversity Action Plan (BAP), in response to the UN Convention on Biological Diversity at the 1992 Rio Earth Summit. Significantly, the BAP recognised that biodiversity needs to be managed on a local level, due to the variety of habitats within the UK. There are now 119 local biodiversity action partnerships in England alone, each of which is involved with a regional forum. Many have focused on local education and involvement. Raising awareness and changing the values of the local communities is extremely important for protecting wildlife. If those who interact with the wildlife do not understand why it is special, why should they seek to conserve it?

The BAP was updated in 2010, following another UN conference, and now focuses on supporting biodiversity at a national level. This Post-2010 framework provides an extensive list of priority habitats and species, which includes the water vole and the otter. However, there are still issues with this framework. For example, although the brown hare is an endangered species it has no legal protection under UK law because it is a game animal with no closed season. In addition, there is no evidence to suggest that the possible effects of governmental actions, such as the controversial badger cull, on biodiversity have been properly investigated.

The UK management strategy focuses on conserving species so that they do not become locally extinct, and rightly so, but there is also some hope for Britain’s lost animals. European beavers were reintroduced to Knapdale Forest in Scotland, in the country’s first major reintroduction project. Four beaver family groups, and an additional pair, were released between May 2009 and September 2010. Prior to this, wild beavers had been extinct in the UK for over 400 years after being overhunted for their thick, waterproof fur and medicinal musk.

Beavers were chosen for this trial because they are a keystone species, and may be able to encourage further improvements in biodiversity. By coppicing trees, beavers inadvertently promote regrowth and open up woodland canopies so smaller plants can receive light. Beavers are best known for damming waterways, which creates new ponds and stabilises wetlands for other animals. This illustrates perfectly the complexity of ecosystem interactions.

However, this beaver trial is expected to cost £2 million over seven years, demonstrating that schemes like this are too expensive to undertake on a larger scale. Other problems with relying on reintroducing species, rather than protecting them, include issues around conflicting land uses. It is possible that the environment will have changed so significantly since the species became extinct that there is no longer a place for them, or they will simply be seen as a pest. This issue was recently highlighted in the beaver project where the animals’ digging into river banks caused bank destabilisation and a loss of farmland. It is also important to remember that there is no point in putting animals back into an environment if the cause of their extinction has not been rectified, or, as with some species, even discovered.

So next time you see an advertisement asking you to sponsor an exotic animal, remember that it is just as important to protect your local species and encourage a high UK biodiversity.