Can we beat poachers by legalising the trade of rhino horn? 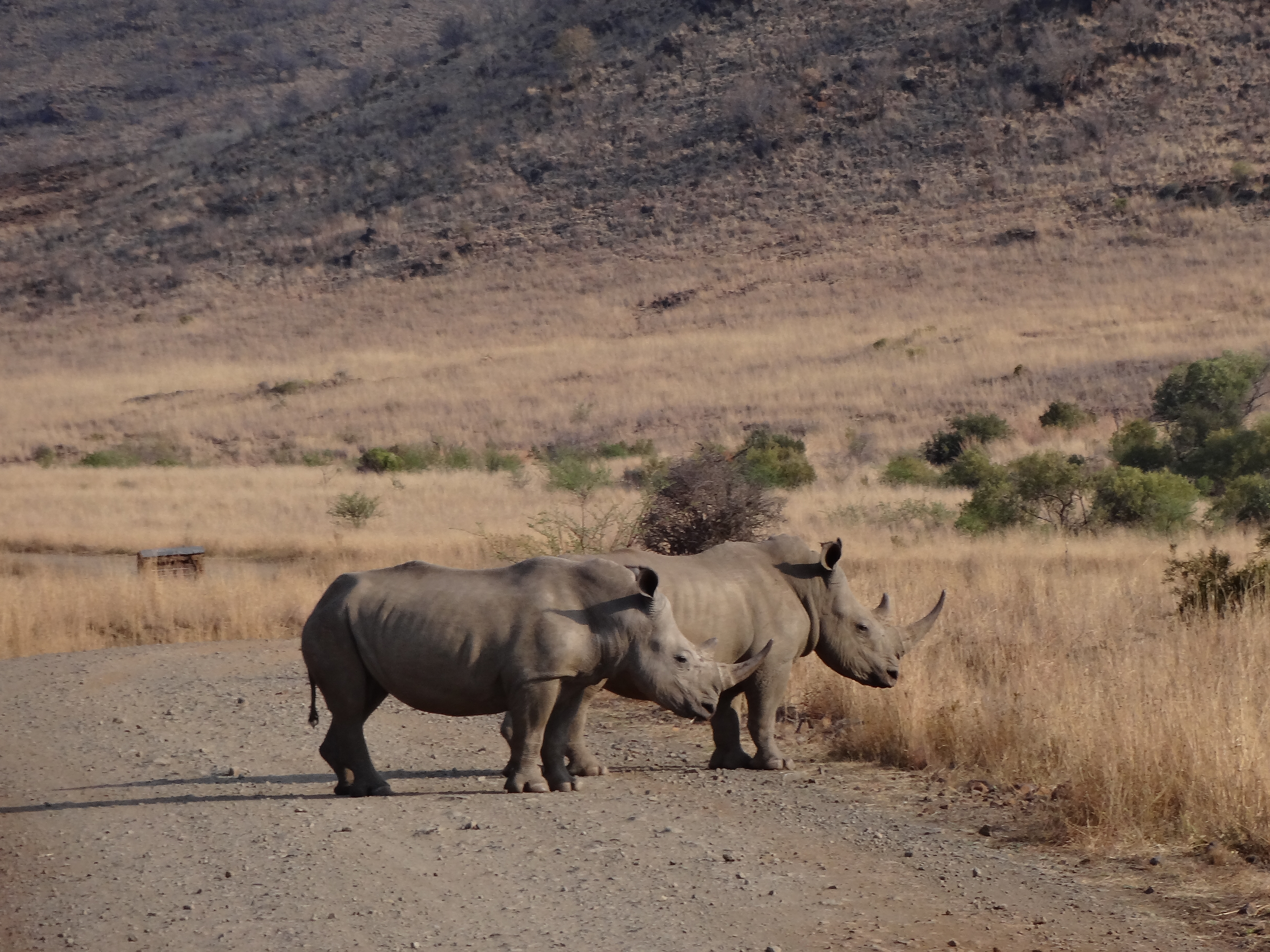 I must admit that poaching wasn’t an issue I ever gave much thought: the main time it ever really pulled on my heart strings was during The Wild Thornberrys movie. Yes, during the film I was cheering for Eliza Thornberry and revolted by the evil presentation of the poachers as they took the adorable little cheetah cub. However, as shameful as it is to admit, it has taken a trip to a game reserve in South Africa for it to really hit home what some humans are choosing to do, not only to animals such as rhinos, but to the livelihoods of game reserve owners.

The day I arrived on Mankwe game reserve located near Johannesburg I was lucky enough to see several rhinos on my first game drive. As we gazed at them in awe, the ranger got out of the car to tell us to treasure this moment and that in all likelihood our children and grandchildren will never see this sight. Only a few days later I watched a ranger called Charles close to tears as he told a roomful of us what was being done to the rhinos, the most horrific stories of animal cruelty I may have ever heard. Rhinos left defaced, still alive running around with their young with their face literally swiped from their body, a bloody mess all that was left. Pregnant rhinos killed not only for their horn but the horn of the unborn rhino in their womb. There is no need for this. This ranger was giving up his life to protect these rhinos. He once told me that it was purely based on feelings: if he ever got a feeling the rhinos were unsafe, whatever time of day he would go straight to them. He was willing to face armed poachers to save the rhinos, the sort of dedication that can only be admired. I was quite frankly in awe of this man, the lengths he was willing to go to are clearly extraordinary.

But despite these incredible people out fighting for the rhinos the fight is still being lost. Across Asia including Malaysia, South Korea, India and China the rhino horn is ground up and seen to have magic health qualities, from curing typhoid to ‘devil possession’. These qualities create huge demand for rhino horn, yet the simple fact remains that all rhino horn is made up of is keratin, exactly the same stuff as our finger nails and by no means any more mythical. Criminal organisations are taking advantage of these crazy and unfounded beliefs by pouring enormous funds into procuring rhino horn. From the simplest technology of snares to hi-tech helicopters and infrared sensors, these poachers have equipment that is unbeatable by fences alone. No matter how high fences are built they will not stop helicopters. Game reserves simply don’t have unlimited funds. They cannot get enough security to beat these systems. Charles and the game reserve manager Dougal dedicate their lives to protect these rhinos, but the work of a few dedicated individuals is not enough to combat these criminal organisations. In South Africa poaching even carries a longer jail sentence than rape or murder, yet this is clearly no deterrent as the numbers of dead rhinos just keep rising.

So what is the solution? Whilst a recent arrest of fourteen alleged members of a rhino poaching gang in Nepal suggests good news, these arrests are few and far between and another solution is needed. Dougal was a firm supporter of the idea that we must legalise the sale of horns before it is too late. This would take the power from the poachers. Rhino horn can be harvested without killing the rhino and will regrow to allow the rhino to live and more horn to be gained. As it stands it’s seen as a curse for a game ranger to come in to the possession of a rhino horn after a rhino has died naturally. Poachers will find out and would murder the owners in their own home to get their hands on the horn. The possessor has no options – selling the horn is illegal. Dougal even told a story about a game ranger who took one to the police station to look after it and to keep it out of his house to keep his family safe, on return to the police station it was gone. To enable the game rangers to sell these horns would protect the game rangers and reduce the demand. Most critically it would take away the power from the poachers rightfully returning it to the game rangers. Dougal told us he believed this was our last chance to save the rhinos, the only option we have left. The rhino is currently worth more to many whilst dead than when alive. Until this fact is changed we have an ongoing fight on our hands.