Beyond Efficiency: The Deeper Need for Change 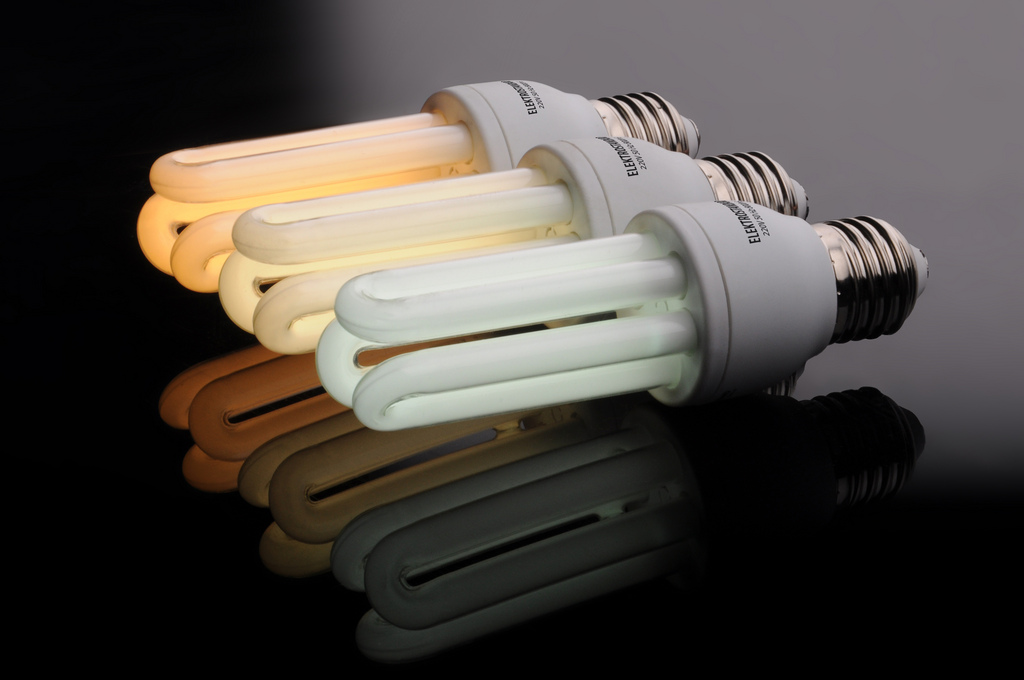 The Lights are Going Out: is it time we moved beyond energy-saving bulbs?

Electric cars, air-tight houses and low-energy light bulbs. These are among the high energy-efficiency ‘solutions’ to the impeding climate catastrophe we hear advocated with increasing enthusiasm these days. But can we really, through such small changes to lifestyles that for decades have put unprecedented pressure on our own peace of mind and the environment around us, invent our way out of disaster so easily? Something has seriously gone awry with today’s world, and surely a much more radical transformation will be required to fix it.

The trouble is that today, by and large, we have become too accustomed to lives of material luxury and spiritual starvation. Most of the population has come to take it for granted – even regarding it as some sort of fundamental right – that we should be able to switch on lights, let metal boxes do the hard work of propulsion for us, and live in artificial environments fixed at 20oC whenever we desire. We expect to augment our lives with ever more sophisticated gadgets and supposedly time-saving devices, and even think it natural that these incredibly complex and resource-hungry inventions should be surpassed and replaced after only a year or two of use. So long as we can afford to pay the monetary price, the capitalist institutions that dominate our world are keen to provide such products and services to us. And through such, we become ever more blinded to our natural environs, even as our increasing greed for comfort destroys them around us. The related problem of climate change, more instantaneous and globally coordinated in its devastation than other forms of environmental degradation, should serve as a focus around which to call their practices into question. But instead, it is being used as an excuse to consume more, under the proviso of replacing current infrastructure with newer, more efficient technology, and with the pretence that this panacea will allow ‘business as usual’ to continue while, in truth, the world continues to suffer.

Take the electric car. It’s been widely touted as the method of transportation of choice for the future, replacing those smelly exhausts with super-efficient new batteries whose perfection, we are told, is just a few years’ worth of research away. But if the country’s electricity supply continues to be fed predominantly by coal, as it currently is, these vehicles are in fact far dirtier than their oil-gulping predecessors. They require more energy and resources (significantly, precious metals) to construct, and their adoption would solve neither the environmental consequences of road construction, inadvertent wildlife destruction – 80 million birds alone are killed by traffic in the USA every year – and tyre disposal nor the social disintegration that spending our journeys isolated from the world and people around us in private vehicles entails.

The picture is little better in our homes. Building regulations now require double glazing and layer after layer of thick insulation in all new-builds, in the belief that energy use will be dramatically cut by completely isolating ourselves from the seasons outside in air-tight dwellings. But the reality is not likely to be that homes become less energy-intensive, but, rather, simply hotter, as people become more and more accustomed to warm environments all the year round. There was no problem of climate change in decades and centuries gone by not because people of those times had better insulation, but simply because they were willing to put up with (admittedly, they had little choice) colder houses. We are, after all, adapted to living in a climate that changes from season to season. Given enough heat-retentive clothing and the same amount of heating that would be required to keep a fully insulated house hot, perhaps only applied to part of a house, there is no reason we cannot get used to living comfortable and, importantly, more natural lives in houses that allow some of the outside air to penetrate in. In fact, this is better for short-term human health as well as the environment, than investing in all the additional resources required to seal ourselves into unnaturally stagnant homes.

The devices that fill our homes and our pockets, too, are culprits in our own destruction. A large chunk of the UK’s carbon dioxide emissions originate in the production of ever more household machines and handheld gadgets that, though they become more energy efficient over time – used as another excuse to replace them – also become more numerous, negating this effect. The majority of the country’s nineteen per cent greenhouse gas reduction between 1990 and 2008 came not from a real effect but, in fact, from exporting more of our goods production to China, adding to the country’s own increasing tally of emissions. The notion that so long as these products are recyclable it is desirable to produce as many of them as we can is not justifiable and goes against our long-term wellbeing. Dependence on such supposedly labour-saving technology, whether or not most or even all of the parts are recycled, inevitably requires the use of more energy, for the supply of which there is no silver bullet. It also makes us lazy, and cuts us off from the world around us, and from some of the realities of life that, though sometimes inconvenient, were always a valuable part of the human experience.

I may be beginning to sound like a Luddite here, and I hasten to assert that I do not recommend the abandonment of all our household appliances in favour of some lost past ideal. But the situation has, perhaps, gone too far: we have become too frightened of cutting ourselves off from wider social groups and instead become detached from the beautiful, sustaining natural world beneath our feet, made ourselves too reliant on mechanical replacements to manual tasks that used to keep us fit without monetary or environmental cost. Does every household really need a dishwasher and a car when a scrubbing brush and a walk or public transport would do just as well in most cases? Perhaps it is a reduction in the number of gadgets, a focus on making those we do have longer-lasting and an increase in sharing, rather than in efficiency, that we should be looking towards. Trying to make a sinking ship float by tinkering with energy efficiency isn’t going to work. To save ourselves, we need to jump into another boat altogether and re-engage with the natural world on which we depend for our sustenance and wellbeing before it’s no longer there to go back to.

See also: ‘Let’s stop hiding behind recycling’ from The Ecologist