Andrew Kirkbride in Environment on 23 February, 2013. 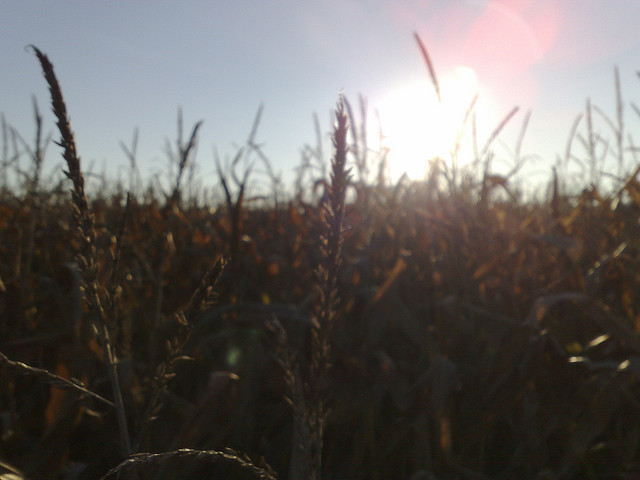 Crops being grown for biofuels.

In everyday (slightly dull) conversation, biofuels are seen as a byword for an environmentally friendly approach to fuelling our lifestyles. They are also commonly seen as innovative and a good policy choice compared to the horrible pollution churned out year upon year from fossil fuels. Yet, what few realise is that biofuels are actually a great deal more complex than they first appear. They tend to present a surprising array of problems for issues surrounding development and the environment. I hope that this article will help people to better understand these problems.

It is probably worth detailing what we actually mean by biofuels. There are a couple of types of biofuels that are regularly used. Biodiesel is made from crops that are grown with a high concentration of natural oil, some key examples being rape or soy, and biopetrol (normally ethanol) tends to be refined from sugar cane or corn. These are known as first generation biofuels and are the most common types used today. Some common sources for crop imports to the UK are South America, Sub-Saharan Africa and mainland Europe.

At present, these first generation biofuels create numerous problems in the developing world. We are all familiar with horrific images of starvation and malnutrition in places like sub-Saharan Africa. One statistic that may shock people is that the amount of biofuel required to fill a UK family car’s fuel tank is the amount of grain that would feed a child for almost 7 months. This figure is even more startling when we consider that around 1 in 7 or 8 (depending on who you ask) are estimated to go hungry every day in the world. Delving deeper into the issue it gets even worse. A growing problem in the developing world is the fact that the land used to grow the crops is often forcibly taken from their original owners leaving people destitute. This problem is particularly acute in Sub-Saharan Africa where governments are eager for big industry to come to them and are uninterested with the concerns of the local population. Even when land is legitimately bought, promises from biofuel companies to create local improvement and jobs are routinely broken. The land that is used also tends to be some of the most fertile; prime for growing the sort of crops that would be ideal for solving hunger problems in the local area.

Shifting the focus to South America, we can see that biofuels actually directly contribute to deforestation. Whilst there are often safeguards in place to prevent the land used for growing biofuel crops to be in places where rainforest has been chopped down, this still happens. For example, a farmer may decide to grow soy where he used to graze cattle. In order to find a place to graze his cattle he then chops down more rainforest to get this land. If we shift the perspective once more to a global level, first generation biofuels can also serve to push up food prices on international markets, as it can be more lucrative for food to be sold as a fuel and not as, well, food. As a result, the poorest in the world suffer because small incomes will buy a lot less for those already struggling.

To contradict this, some people may highlight the benefits of biofuels as a ‘carbon-neutral’ fuel source. While it is true that biofuels produce less greenhouse gas than fossil fuels, it is worth pointing out that in many cases they are not a ‘carbon-neutral’ fuel. Estimates rarely take into account the production costs in making biofuel. Transportation across continents also adds into to the size of biofuel’s carbon footprint. This is also disregarding the consequences if the biofuel has been produced on an area that used to be rainforest. The once lush forest would obviously do so much more to absorb greenhouse gas emissions if left alone and not cut down to make way for a plantation.

It is worth pointing out here that I have emphasized the negatives of biofuels. There is currently a lot of encouraging work going on in second and third generation biofuels. In particular, there is great potential in the production of biofuel from algae although this has yet to become commercially viable. Not all first generation biofuels are necessarily bad either as production does not necessarily have to be harmful to people or the environment. The debate the actionaid society held last week proves that there is there is still a lot to be said for biofuels. Overall though, I believe that it is fair to conclude that biofuels are an imperfect solution to our energy crisis and their role in meeting current sustainability targets needs to be critically re-evaluated.

For those interested by the issues raised, see this link: www.facebook.com/actionaiddurham