Zeroing in on HIV/AIDS: Chasing Zero 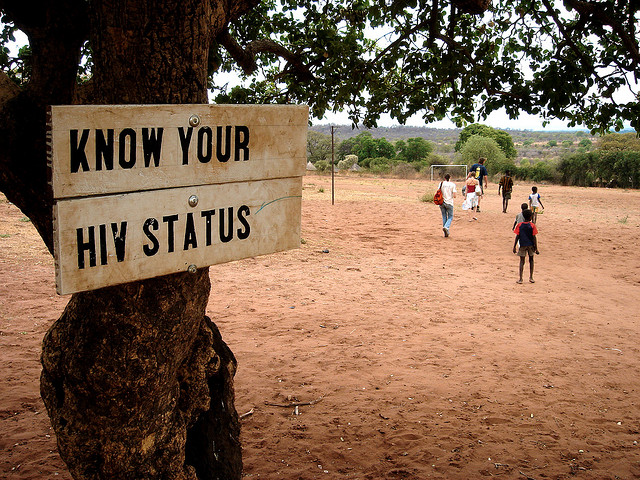 Joel Wallington: “Young people have the potential to make a real and tangible difference to the lives of millions of people living with HIV across the globe.”

World AIDS Day on the 1st December brought to our attention numerous statistics, figures and anecdotes about HIV and AIDS. Some of the numbers are enormous: thirty-four million people live with HIV worldwide, including nearly one in every twenty adults in sub-Saharan Africa, comprising sixty-nine per cent of the world’s HIV sufferers. Fifty per cent of HIV-positive babies do not survive infancy.

Some of the other numbers are much smaller:

Less than one per cent – the chance a baby has of being born HIV-positive in cases where a HIV-positive mother receives the right medication and care.

£12: the cost it takes to make this happen. £12 is not a lot of money. It’s a Secret Santa budget; a three-for-two deal at the supermarket; 72 mince pies. And it’s not about figures. When each number represents an individual life, the enormous statistics become heart-breakingly personal.

Chasing Zero, a charity dedicated to eradicating the spread of HIV in sub-Saharan Africa, highlight this in their “Meet Grace” campaign, celebrating the birth of one child born HIV-free. Grace was born at the local hospital where her mother had access to HIV medication and appropriate care. And Grace’s story won’t end there. £12 is the cost of her chance of surviving beyond infancy, of being cared for by her mother who now receives HIV medication, of being able to care for and provide for her own family, of seeing her children and grandchildren born HIV-free. It is generations and generations of writers, musicians, politicians, businessmen, doctors, economists, agriculturalists, innovators, teachers, mothers, fathers, friends that these children have the potential to be.

Chasing Zero are working to achieve this through their “Mother Buddy” scheme, in partnership with Tearfund, where local women like Mary, who live with HIV, are trained and equipped to support and assist expectant mothers living with HIV to ensure that more and more children are being born HIV free. Mary’s first two children died in infancy, most probably from AIDS. The knowledge that with quicker diagnosis and treatment this might have been avoided is agonizing. Yet Mary’s story is one of hope, which as a Mother Buddy she shares with other local women in a similar position. During her third pregnancy, Mary was diagnosed with HIV and placed on treatment. Since then she has given birth to three healthy children.

The combination of local knowledge and first-hand experience which Mother Buddies have of giving birth to HIV free children enables them to come alongside HIV-positive expectant mothers in the rural areas of Malawi where they live. Chasing Zero give a breakdown example of a five pound donation which goes towards equipping Mother Buddies with bicycles, in order to visit pregnant women at home, and smartphones, to remind mothers about appointments via text message, record client details and communicate with each other and with the charity. Mother Buddies also encourage expectant mothers to give birth in the local clinic rather than at home, where they can access immediate treatment especially in case of complications. This locally based scheme offers a personal, sustainable and integrated approach to a seemingly overwhelming epidemic.

Chasing Zero are also keen to inspire young people to join their cause. In a press release launching the campaign, founder Joel Wallington shared these words of encouragement: “Young people have the potential to make a real and tangible difference to the lives of millions of people living with HIV across the globe. We want to help them realise their full potential and mobilise them into action.” Chasing Zero certainly try to make their campaign accessible to young people through the use of social media and their student friendly slogan: ‘Eat ice cream – save lives.’ This is the title heralding the launch of their own ice cream in partnership with an Oxford-based ice cream company, G&D. Chasing Zero are encouraging their supporters to host ice cream parties, with 100% of the profits from this ice cream going towards Chasing Zero.

The charity is also focusing on education, both through the comprehensive training given to Mother Buddies, and by working in schools and universities to raise awareness about HIV and AIDS, through their partnership with MTV’s Staying Alive Foundation, and inspiring young people as global citizens to do what they can to make a very real difference. Joel Wallington, the Chief Executive Officer of the campaign urges: “We are living in a time that really could be the beginning of the end of AIDS, but we must act now.”

Joel Wallington and his team are Chasing Zero. Will you join them?

If you would like to find out more information about the Chasing Zero campaign, please follow the link below:

(All figures used in this article originate from the World Health Organization and Chasing Zero website.)