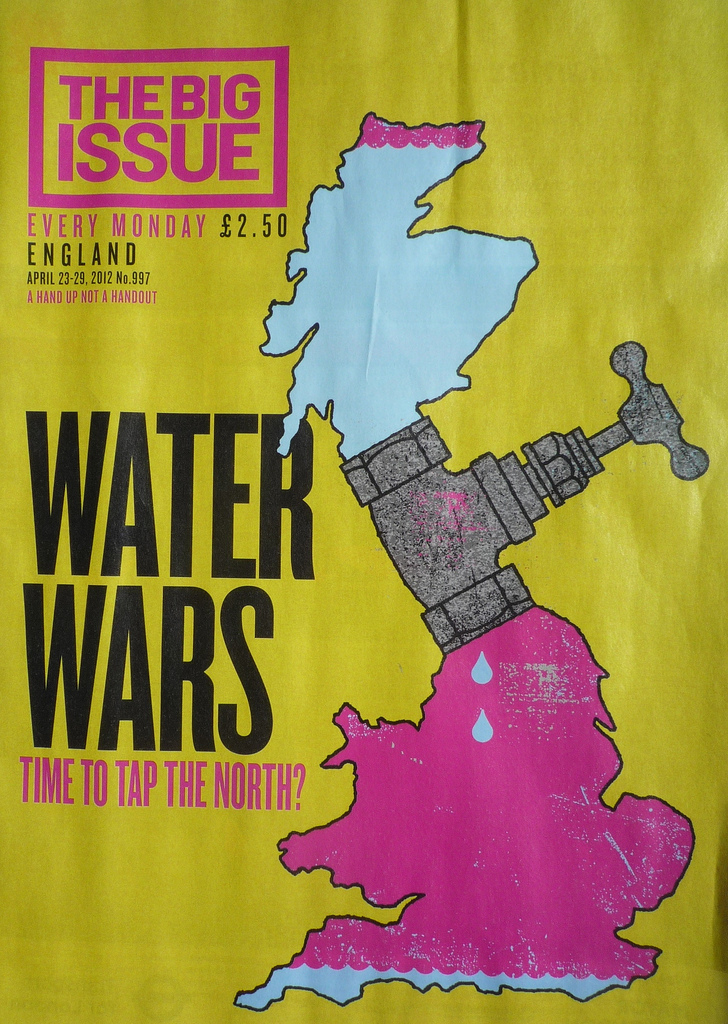 It is a misleading title, perhaps, for a magazine which goes at best unread, at worst unnoticed by the vast majority of its target audience: the politically and socially-engaged middle-class and students of Britain. The Big Issue is one of the world’s most successful street publications, modelled on the publishing tradition from across the Atlantic, where individual states have their own titles which are sold by the homeless or socially marginalised.

John Bird saw his brainchild born in a pub in 1991, where he met Gordon Roddick who gave him the necessary funds to get his homeless-helping vision off the ground. Circulation peaked in 2001 with 300 000 issues sold, but despite a drop in sales the figures for the past ten years have remained above 100 000 copies per year.

The watchword of the publication, and its affiliated Foundation, is ‘a hand up not a handout’ and for this reason it is bought by fully-trained vendors for £1.25 and sold for £2.50, allowing them to accrue a fair profit for their work. This selling usually occurs in a strategic middle-class area. Despite being primarily considered a reserve of the homeless, vendors are from varying backgrounds of marginalisation, and they are not ripped of their badge if their situation improves and they have a roof on their head. Social exclusion is not simply solved by a warm bed, and vendors can therefore carry on selling whatever their housing situation.

Indeed, Big Issue sellers can be officially classed as self-employed. Witness the recent uproar amongst Welfare-State-bashers in response to a Roma Big Issue seller being granted housing benefit on top of existing benefits even though she didn’t have a ‘proper job’. It would never occur to me to tell the full-time Big Issue seller I sometimes buy a magazine from (alongside a big smile and a chit-chat) that he did not have a proper job. Yet it does lead me to question the purpose of the magazine.

It purports to be a ‘hand up’ for the disadvantaged people who sell it, yet it would not be far from the truth to say that they have very little say in shaping the product they sell. It is not until you get to the second-to-last page that the reader finds some authentic ‘street journalism’, from the mouths and pens of the people who sell it. And worthwhile it is. However, for most people to justify spending £2.50 on a magazine they usually look for something a little more mainstream within the pages they flick through distractedly: a voucher for a free coffee, exclusive interviews, film previews; your usual glossy garb. A relaunch at the beginning of this year hailed a more politicised, social tone, regular columnists such as Joey Barton, and a hike in price. So far, so good.

From a superficial perusal it compares favourably with slimmer middle-shelf weeklies, and as a purchaser you get the warm, self-satisfied feeling of having done a good deed for the week. The pressing social and political issues which have a place in the lives of the more marginalised sections of society have a place of secondary importance in its articles, standing aside to let culture and media-based features through, written by professional journalists and guest contributors and editors. Trudy Styler guest-edited a late-2011 edition of the newspaper for the homeless, which led to predictable scrutiny of her status as an owner of six homes and wife of a millionaire-superstar.

Yes, this is a rather pessimistic view of the Big Issue reader, but I count myself among that number. When I tried to buy my first copy from a toothy grey-haired man outside Spitalfields Market, at the age of 13, I handed over my £1.50, (inflation has evidently hit the street newspaper industry hard) only to be given an apologetic frown and be asked if I didn’t mind if he held on to it as it was his last one. I smiled, nodded, and walked away, still feeling that I’d done something a little less selfish than the rest of that day’s shopping-based activities. And that is, undeniably, a positive thing. But it took me 5 years to attempt to buy another copy – this time I made sure the vendor had more than one copy on him (and an official badge). I deeply regret this, and I suppose this article is in part to compensate for my few years of selfish lassitude. Becoming a Big Issue vendor is a substantial achievement and an invaluable opportunity to many people, whether British, Roma, homeless or housed. It is also a bloody good read.