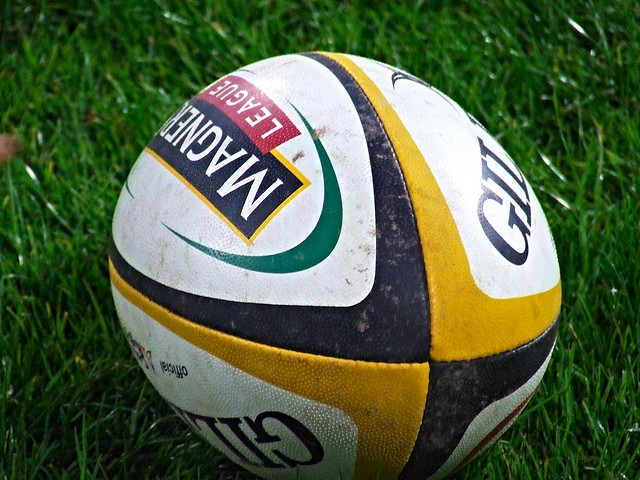 “On May 1st, the seventh annual Hill vs. Bailey rugby matches will take place”

It is that time of year again when avid rugby fans and casual spectators alike descend upon Durham’s rugby grounds to enjoy scrums, tackles and tries whilst doing their bit to support some very worthy causes. On May 1st, the seventh annual men’s and women’s Hill vs. Bailey rugby matches will take place, with each game raising money for various charities and promising some great rugby action as well. The women’s match kicks off at 4pm, with the hugely popular men’s match following at 6:30pm.

The tradition of Hill vs. Bailey rugby began in 2006, the first of the now traditional Hill vs. Bailey sporting clashes, to raise money for Steven Cox, a St. Chad’s rugby player who was paralysed from the neck down after receiving severe spinal injuries during an inter-collegiate rugby match. Since then, the event has taken place annually to raise money for various charitable causes, especially to help Durham students injured through sport. The Hill and Bailey rugby players themselves lead the charitable charge by example; they each have had to raise a certain level of money themselves in order to play the match. Each year, the crowds and donations have increased in size, and organisers are hoping that this year will continue this positive trend.

The women’s match will take place at 4pm, 1st May, at Maiden Castle, with tickets costing just £2. As well as the match itself, various entertainment stalls (think tug-of-war and wet sponges) and food will be available, with all proceeds going to the charity Sport in Action, Zambia. The charity aims to positively impact the lives of thousands of vulnerable young people in Zambia through empowerment through sport and recreational activities. Focusing on street children, orphans, girls, women, and people with disabilities and diseases such as HIV and AIDS, the charity aims to help these vulnerable groups by teaching them healthy living and life skills, improving their relationships with family and encouraging and nurturing their sporting abilities.

The men’s match is the more high profile of the two matches and will take place at 6:30pm, 1st May, at Durham City Rugby Club. Tickets can be bought in advance from squad members of all college rugby teams for £2, or can be purchased on the night at the gate for £3. All the money raised will go towards charitable causes, with the focus this year being on supporting Charlie Richardson, the St. Aiden’s College rugby captain, who was recently diagnosed with Hodgkin’s lymphoma. Event organiser Matt Dunn explained how he wanted to continue ‘the fine tradition of helping fellow Durham students by donating to charities selected by Charlie’.

Hodgkin’s lymphoma is a type of cancer that affects the white blood cells. Symptoms usually include a painless swelling in the neck, groin or armpit, followed by excessive sweating, high temperature, tiredness, breathlessness, weight loss, a cough and a persistent, widespread itch. This type of cancer often affects young adults. Treatment for Hodgkin’s lymphoma usually consists of a combination of chemotherapy and radiotherapy and this is usually extremely effective, meaning that a very good number of sufferers survive. Various charities are available to help sufferers of Hodgkin’s lymphoma and their families, such as the Lymphoma Association and Macmillan Cancer Support, and it is charities like these that will benefit financially as a result of the match. Other charities that will receive money raised by the Hill vs. Bailey men’s rugby match include the spinal cord recovery charity Walk Once More, Great North Air Ambulance, St. Cuthbert’s Hospice and Beating Bowel Cancer.

The event promises to be just as successful and entertaining as it has been on previous years, so everyone is urged to go along to what will no doubt be a thrilling break from revision and help to raise money for some fantastic causes at the same time. The charitable focus of the matches is complimented by the existing Hill-Bailey rivalry which promises to make this year’s matches as competitive and exciting to watch as ever. Illness and injury can strike at any time, even in those who seem healthy and have an active lifestyle. It is events such as the Hill vs. Bailey rugby matches that help support the charities that assist such people when things go wrong. As Matt puts it: “This is our way of helping out a friend”. Simple.