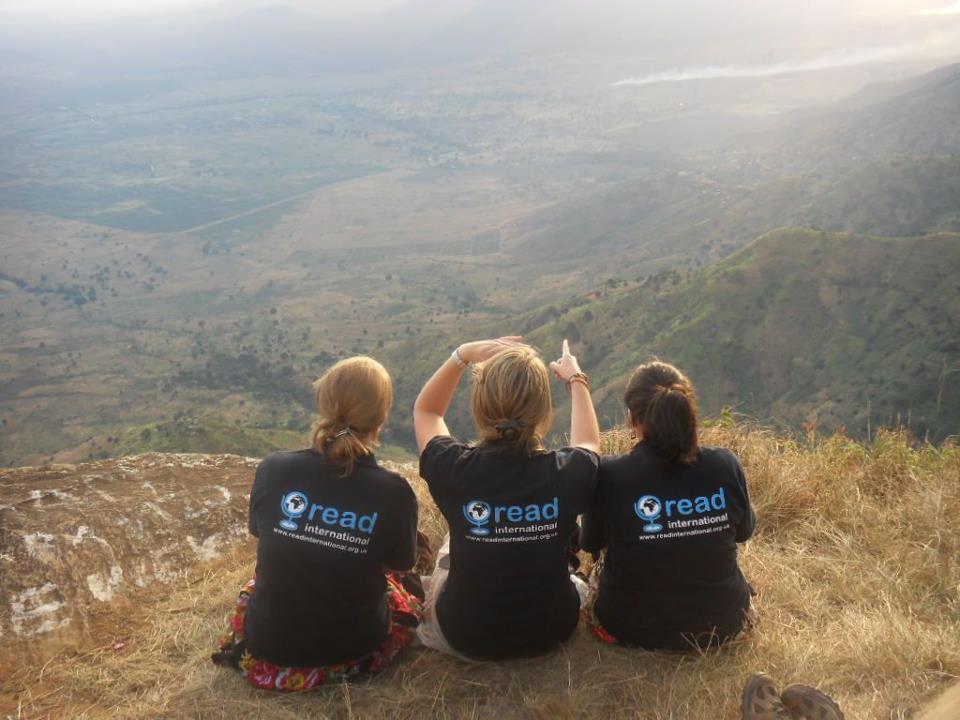 The only books this 1200 pupil strong East African school had was “Cycling through Lancashire” and “Essential Plastic Surgery”.

The bus looked old, battered and frankly quite dangerous. I couldn’t help morbidly wondering whether the bus, or I, would survive the 17 hour journey that lay ahead. Just two days earlier I’d arrived in the city of Dar es Salaam, Tanzania, to begin an eight week adventure that would (cliché aside) change such early and untested judgements. Over the two months, I learned to appreciate the values beyond such superficial appearances as, like the bus, East Africa’s infrastructure is well overdue an MOT. The compassion and spirit of the Tanzanian community ingrained a lasting admiration of these people and all they’re striving for.

So, what was the catalyst for this new philosophical outlook? Why was I spending 17 hours on a bus in the first place? I was a volunteer for the READ International University of Durham Book Project. For the last few months, fellow students and I had collected thousands of obsolete textbooks from private donors and the local secondary schools on our National Donation Days. Additionally, we had fund-raised heavily through activities such as bake sales, glowstick selling, carol singing and marathon-running – creating a tight team of like-minded students that relished a challenge. After many a night spent hand-sorting and packing each and every book into boxes, they made a 7800 mile nautical journey to the port of Dar es Salaam, Tanzania, followed by a long overland journey into the hands of eager pupils.

Why these East African school students? On average there is only one textbook to every five secondary school pupils in Tanzania – such statistics remain characteristic of the East African education system. This severity of inadequate resources is further encapsulated by the fact that in the UK over £6,000 is spent on each school pupil every year; in Tanzania it’s less than £100, of which only 30p is for textbooks leaving students without vital resources to aid their study. There is evidence to suggest that empowerment of the younger generations through education will provide a means to addressing the issues of poverty in the East African community – an extra year of quality schooling is correlated with a 1% increase in GDP – but this cyclic aspiration is in need of a kick-start.

In 2004, a group of students at the University of Nottingham, observed first-hand the severity of inadequate educational resources during a gap year in Tanzania. Reflecting on the wasted potential of unwanted UK books, textbooks in UK schools are routinely replaced – often after a lifecycle of only two or three years – meaning good quality but technically ‘out of date’ textbooks fill up school store rooms or end up in landfill, the team of students came up with a simple logic. Tanzanian students are taught in English, with a national curriculum remarkably similar to that of the UK, and a natural demand and supply relationship emerged – READ International was founded.

And that’s why I was contemplating my chances with the bus. I’d applied for a volunteer post during the summer to venture out to Tanzania with READ International to distribute books and renovate libraries. On the bus were the three other UK volunteers who were to be my companions for the weeks ahead, and we had all worked tirelessly for READ International as volunteers in the UK. We gelled immediately and in the weeks ahead teamwork was to become key to the success of the programme.

Our brief was to create libraries in two different schools. We were given a budget of £1000 between them to spend on what we thought appropriate – paint, shelves, desks – all the necessities to form a functional library. However, this wasn’t a conceptual armchair role spent comfortably budgeting away – we worked hard! We scrubbed, cleaned and painted into the night; aware of the deadlines we had to meet. It was a six-day-a-week job and the simple life became very engaging. On our days off, we’d laze around the lake bordering Malawi and Zambia, marvelling at the landscape and enjoying peace and tranquillity.

However, it was never just the three of us – the local community were wonderfully friendly and so eager for us to engage in their lives. For example, an open air church service we were fortunate to attend was packed with socialising happy, tranquil and content people, exemplifying how theirs is a life based on very different values to the West.

When our books arrived at the school many seemed like old friends from the time we had heaved them into boxes back in the UK. We set about unpacking and shelving them, each being carefully catalogued by us and some very eager children. Their excitement was profound as they gobbled up the words off pages of books, from Harry Potter to Physics, and they were reluctant to place them where they belonged; possibly fearful the books would disappear just as magically as they had arrived.

The best moment for me was when a teacher came in to see the almost-finished rooms. Baby strapped on back, she sang and danced around the room with excitement for a full five minutes. Job satisfaction doesn’t get much better than that! It was hardly surprising – the only book this 1200 strong school had before READ International arrived was “Cycling through Lancashire” and “Essential Plastic Surgery”. Nothing else – everything was on a blackboard and had to be taught from memory. It wasn’t the first time I wondered how anyone could hope to get a good education with such poor resources.

The opening ceremonies, complete with bunting we’d brought from the UK were, for us, as good as any Olympic Gold medal presentation! The gratitude and joy on the faces of those teachers and children will stay with me forever and I feel privileged to have experienced it.

READ International prides itself on the simplicity of its logic and its ‘low budget-big impact’ scheme only made possible by a base of committed and enthusiastic student volunteers. 1000s of alumni volunteers have meant that READ has now delivered a total of 1,303,890 books into the hands of Tanzanian students and implemented the renovation of 45 fully functional and sustainable school libraries.

The 2012–13 University of Durham Book Project is now looking for committed student volunteers to champion READ International’s work. Volunteers are needed for a multitude of tasks: from completing an adrenaline-inducing skydive, or for the more faint-hearted, spending an evening baking to having a hand in managing the logistics and operations of boxing those books. Working with READ International offers the opportunity to play a real role in providing a simple yet effective youth driven solution to address the global inequality that exists in access to education. You too could find yourself on that bumpy bus to an enriching experience!

Get involved – e-mail durham@readbookproject.org.uk. Follow READ International at www.readinternational.org.uk and on Twitter and Facebook. Be sure to come to the next National Donation Day on the 5th December at the Big Yellow Storage in Newcastle to see the team in action!