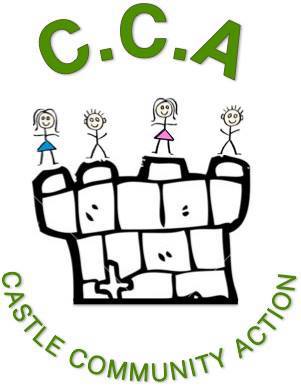 Durham’s Student Community Action group (SCA) has been supporting the community since 1989, offering students the chance to make a difference to people’s lives through a range of highly rewarding volunteering projects.

This year, students at University College decided it was time for a similar outreach programme, designed to bring the local community into the college community. Castle Community Action (CCA) will work to ensure that Durham Castle, part of the Durham World Heritage Site, is fully utilised for the benefit of the area, hoping to also combat negative stereotypes regarding certain Bailey college members.

Simon Gallow, Castle’s new Senior Man, set up the initiative soon after his election, with an expressed aim “to narrow the gap between ‘town and gown’ and further integrate us into the local community.” He added, “the project will help those that need it most, showing them that students aren’t such a bad lot after all!”

CCA is made up of five divisions: Elderly Care, Homelessness, Primary Education and Secondary Education. Work has been underway all summer to set up brand new projects ready for student involvement as soon as term begins.

Elderly Care hopes to have success with its Monday tea mornings at Cotton’s, giving elderly local residents and students the chance to chat and get to know each other better. Also in the pipeline are care home visits, skills exchange workshops, and events involving college societies (such as concerts and craft fairs), including some on-site in the castle grounds. “We hope to make a real difference in Durham’s elderly community,” says Hannah Ward, co-leader of CCA Elderly Care, “this is a great group for those who like sharing a natter over a good old cup of tea with their grandparents.”

Holly Scutt, co-leader of Primary Education, sets out the aims for her division: “We are spearheading a volunteering scheme with local primary schools in Durham. Through this scheme, Castle students will have the opportunity to work with primary school children and aid them in their academic endeavours. In the future, we hope to make the most of the talent at Castle by also getting involved with extracurricular activities run at schools in the area.”

The Secondary School division is also looking to help local students with their extracurricular achievements. Their ongoing project is the organisation of a termly drama festival for 11–16 year-olds at schools in Durham where they do not have the resources or timetable availability to introduce the performing arts into the curriculum on any great scale. Each festival is planned to culminate in a show in the castle Great Hall, allowing the school students to sell tickets and raise money for their chosen charity – as well as building confidence, teamwork and other key skills to sell on their future CVs and UCAS applications. A sports festival is to follow later in the year.

Castle Community Action has set itself a goal of becoming a registered charity by the end of the year – ambitious, but the teams within CCA are keen to make this a reality and leave something that is sustainable and worthwhile in place for future members of the college.The scheme will be partly financed by sourcing alumni donations, but mainly by special fundraising committee set up at its outset.