Sleeping out for Africa 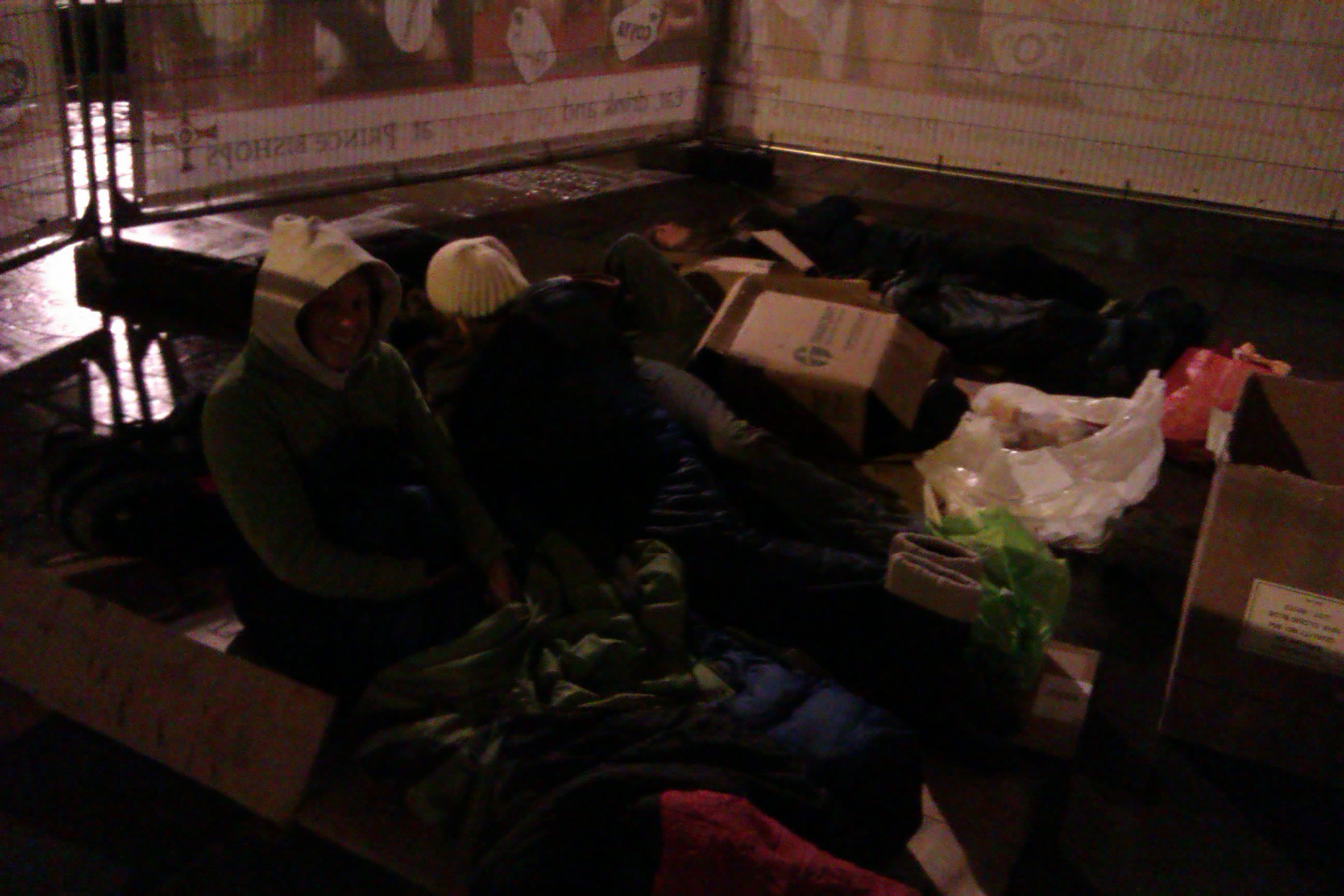 The challenge was to sleep on the streets of Durham.

Imagine the centre of Durham on a Friday night:

5am – An Incessant stream of lorries and taxis pass, followed by street sweepers.

6am – The rain stops, and the setting up of the carousel begins.

6:45am – Durham’s Saturday Market begins to set up.

Imagine trying to sleep in such conditions. Such was our experience of sleeping rough. On Friday 20th January, 7 friends and I exchanged our warm beds for the chill of Durham Market Place in a bid to raise money for street kids in Uganda. The challenge was this: for 24 hours, we would live like street children. No money, no provisions for food, no bed. Just a sleeping bag, some cardboard boxes, and faith in humanity. We would spend the night sleeping on the street and the day collecting cans and scrap metal in an attempt to earn some money.

Having been to Uganda several times and being involved with the homeless in Newcastle, I was keen to see what the experience would be like. “Sleeping” on the street is definitely the wrong term to use – “lying awake” is much more accurate. Not so much because of the cold (or the rain!) but because of the constant noise that pervaded the night. As soon as one delivery finished, another one arrived. I think half an hour’s respite was all I enjoyed, and even then I was chilled to the bone. And there’s no privacy on the streets either. Despite our ironically-advertisement-emblazoned fencing hiding us away, anyone who wanted to come and talk to us or just stare at us had a right to do so. There was nothing we could do to stop them. On the streets you have no place to call your own.

Staying in the market place on Saturday was also a challenge. Whilst it was nice to escape the library and ignore my degree, the cold and the tiredness began to set in as the afternoon dragged by. It was extremely comforting to know that soon we could return to our nice warm houses, enjoy a hot shower and slip into a comfy bed. We take so much for granted. 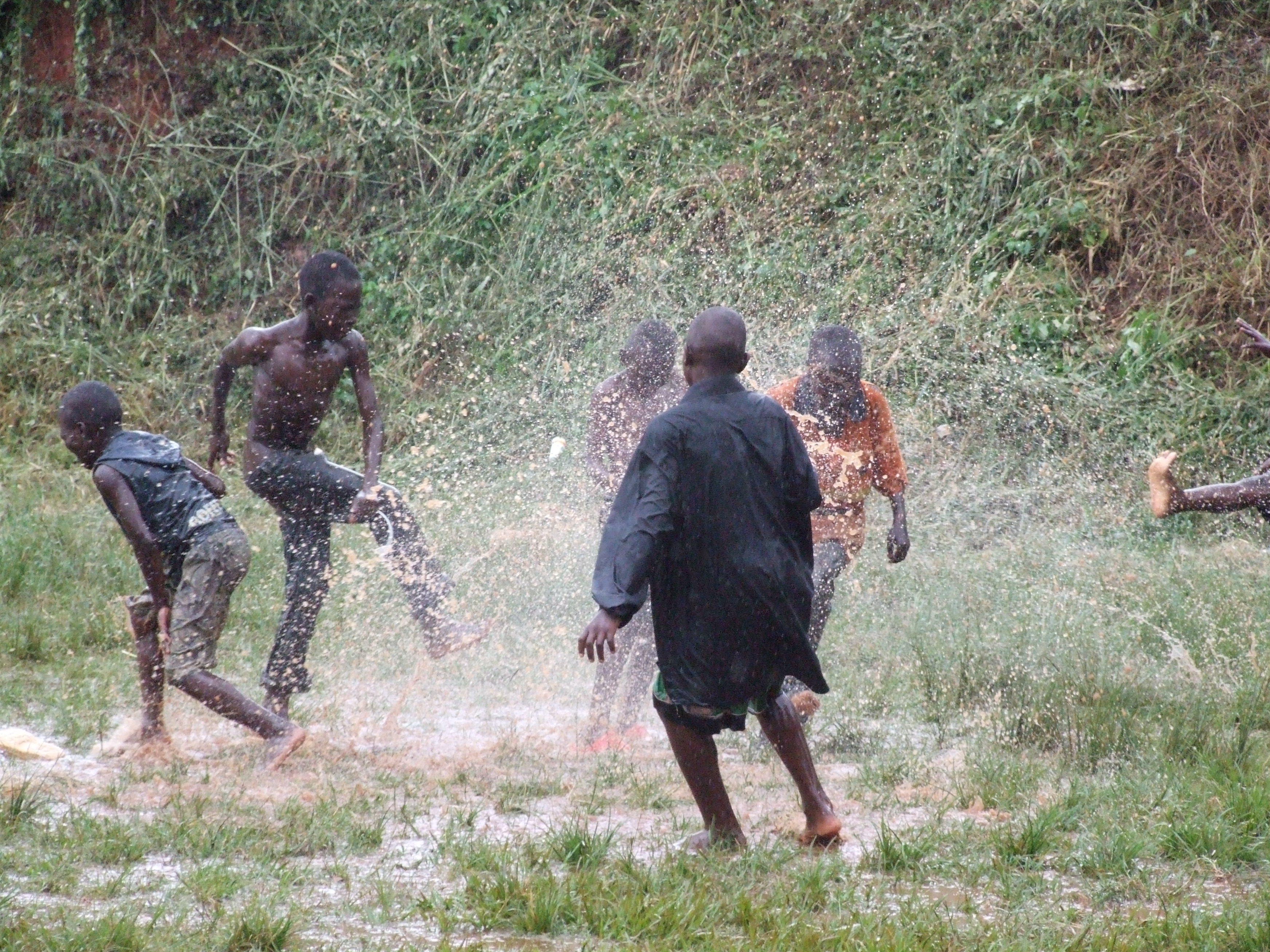 The money raised will go to help Street Children in Uganda.

And whilst this was a relatively simple challenge for us, it is the daily reality for 32 million street children across Africa, not to mention the many homeless found tucked away in the North East. As a group we were overwhelmingly blessed by friends bringing us food and cups of tea, not to mention the amount we managed to scavenge from the Tesco bins. Everyone was incredibly generous. But you can’t help but wonder why our reaction to a homeless guy sitting on the street corner would be any different. It’s all too easy to just look away and walk on by, preferring to remain in our comfortable Durham bubble, when actually, simply stopping to say hello could make all the difference to that person’s day. What if we sacrificed our Yum Cafe Americano on the way to that lecture and bought the guy on Elvet bridge a sandwich instead?

All the money we raised (nearly £700 to date) is going to a Northern Irish charity called Abaana, who work with street children in Uganda. Abaana means ‘children’ in Luganda, a local Ugandan dialect. Abaana has been working with street children in Uganda since 2007 and has built accommodation for over 40 of these kids called the New Life Homes. Here the children are given the opportunity to go to school and learn to be kids again, without the dangers and pressures of life on the street.

Abaana also run a programme called Street Reach for the kids who remain outside of these homes, where they play games with the children, give basic medical care, and provide them with good meals. Every week around 200 boys gather for Street Reach. One of the children, Emmanuel, ran away from a difficult home situation to the streets of Kampala where he lived for 2 years before Abaana met him. They brought him into their New Life Homes and enrolled him in school.

Through their weekly outreach project and their rehabilitation homes, Abaana hopes to change the lives for these kids, giving them a hope and a future. For more information, or to donate, please check out www.abaana.org. Our experience on the streets was eye opening and a challenge, and I think it will be a while before I complain about my college bedroom again!