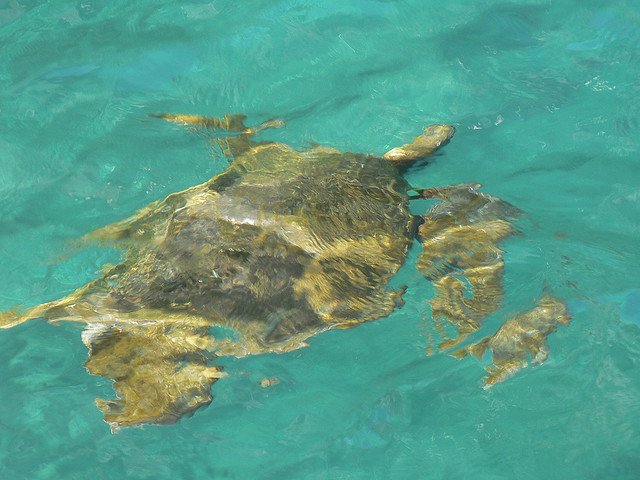 “Watamu Turtle Watch has been set up for the purpose of conserving the marine world.”

Does everyone really understand the need to take good care of the reptiles that live in the sea and have little interaction with man? Is the conservation of sea turtles a vain preoccupation of environmentalists who dote upon nature? An understanding of certain facts about these reptiles will help us appreciate the need for everyone to be involved in the conservation efforts of nature-lovers and bring to an end the indifferent perception some of us tend to have towards these highly endangered sea creatures.

Along the East African coast, Watamu Turtle Watch (WTW) has been set up for the purpose of conserving the marine world and concentrates on the sea turtles because they are the most endangered species. On a recent visit to the centre, the programme co-ordinator, Mr. Kahindi Changawa, explained to me that the preservation of the species is not only for the purpose of conserving nature but there are many other advantages in focusing upon the turtles. He said, “The sea turtles act as an indicator of the health of the sea because they disperse and migrate over thousands of miles and take a long time to mature, usually between 30 to 40 years. Their extinction would therefore indicate that marine life in the area has been greatly disturbed.” He went on to explain how the leather and shell of the turtles are used in ornaments by the local people and sometimes exported. On this point, he emphasized that every effort must be made to guard against poaching the sea turtles because even the local people have discovered that the sale of turtle products on black market can be so lucrative for a few individuals that the conservation efforts of Watamu Turtle Watch could be in vain.

The fickle tourism business at the coast of East Africa stands to suffer greatly if the conservation of the sea turtle is neglected and with it will come massive job losses for the local people, and also loss of foreign exchange that is so vital for the growth of the country’s economy. Traditionally, the sea turtle is a source of pride for the local people since its presence is alleged to be a blessing in the area. However, the current economic slump in the region has led to an erosion of this traditional value and now some locals want to exploit the turtle because of the financial gain from the trade. The turtles are further used in scientific and educational research and so students visiting the centre are advised against mishandling and injuring these creatures.

Watamu Turtle Watch has come up with various activities that ensure the reptiles are not depleted. The marine turtle nest and protection monitoring program ensures daily patrol checks for the nesting turtles. Here, nests are allowed to incubate without interference unless they have been laid in an area threatened by sea wash, in which case they are carefully relocated to a safe area. The centre uses mostly volunteers to do the patrols. Another activity is the marine turtle net release and tagging program, in which the fishermen are encouraged to release, rather than slaughter turtles that have been accidentally caught in their fishing gears. Financial incentive is provided by the WTW as compensation for those fishermen who participate in the program and as a result, a good number of turtles have been saved from this human threat. Similarly, the Watch has appealed to the government to assist in stamping out the catching and illegal sale of turtles and so far the response through the Fisheries department has been slow but there is a willingness to ensure the reptiles are not threatened with extinction. The department has outlined the penalties that those caught selling turtles will face and they include heavy fines of up to US 1200 or a jail term of not less than six months. This, it is believed, will deter unscrupulous individuals bent on exploiting marine life.

In an attempt to save the turtles from trouble inflicted by other predators, there is a rehabilitation section where the injured turtles are cared for and rehabilitated back into the wild. The sick turtles are x-rayed and operated upon accordingly. The effort has borne fruit and over the last fifteen years the population of turtles has improved tremendously. The centre requires many more volunteers because funding for the project is limited as it comes from just a few individuals who love nature. Friends of Fort Jesus (FFJ) have pledged their support for the Watch through regular visits, and individual members volunteer to go and keep watch on the beach against intruders. Officials at the Watamu Turtle Watch are confident that many more people both in and out of the country will come out in support of their efforts to ensure the survival of the endangered sea creatures.

Further information about the project can be found at www.watamuturtles.com