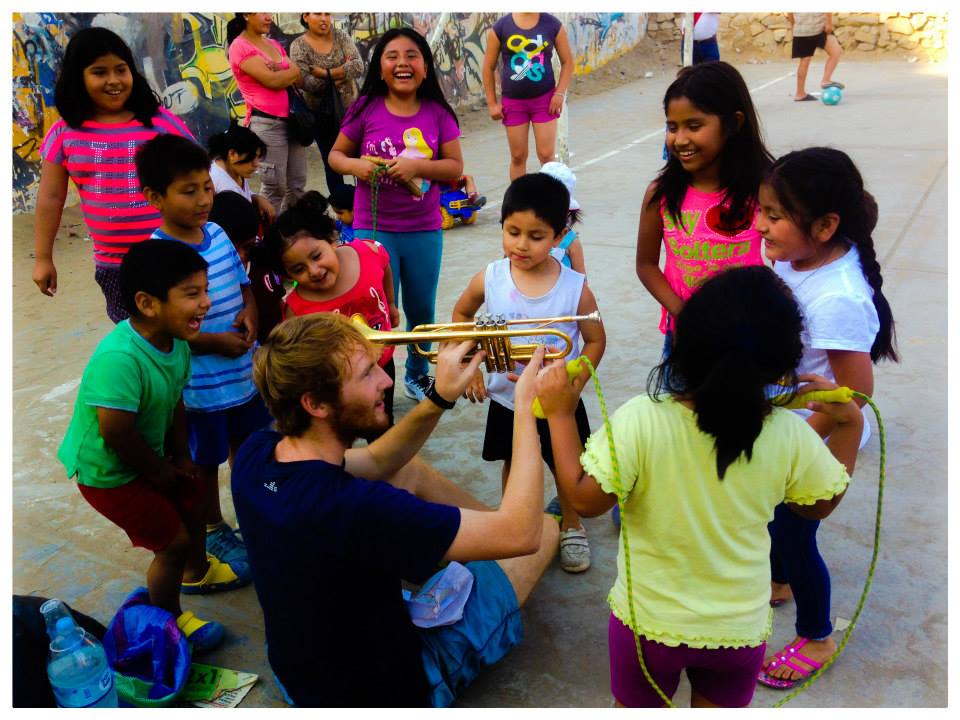 Quest Overseas gives children in Peru a chance to just be kids.

It’s a scorching hot summer’s day in Villa María, a shantytown of 750,000 people on the outskirts of Peru’s sprawling capital. The seven volunteers and four locals head out to a community we’ve never visited before. We reach a stretch of concrete high in the hills, tightly surrounded by small houses constructed haphazardly close to one another. In every direction we are surrounded by dogs guarding their homes and children peering at us curiously.

In the areas we frequently work in, we’re greeted with excited shouts of Gringos! Gringos! – the Peruvian kids’ affectionate term for us foreigners.

The contrast here is striking.

Nevertheless, inquisitive kids crowd around, drawn to the sound of the trumpet, the hula-hoops and, most exciting of all, the big colourful parachute. Seeing the parachute billowing up and down brings instant joy to the kids. It’s proven to be the most successful way of bringing in a crowd. Once there’s about fifteen or twenty kids we break off into smaller groups and start a game of throw and catch and bring out the skipping rope. A small girl comes up to us and asks us where we’re from.

Realisation dawns on her as she suddenly understands who these strange people are. It isn’t altogether an unreasonable conclusion to draw, really. For those unfamiliar with Quest Overseas, travelling halfway across the world to play games with kids might seem a bit alien, but those who have worked with Quest in Villa María are well aware of the widespread impact we’ve had over the past eighteen years. 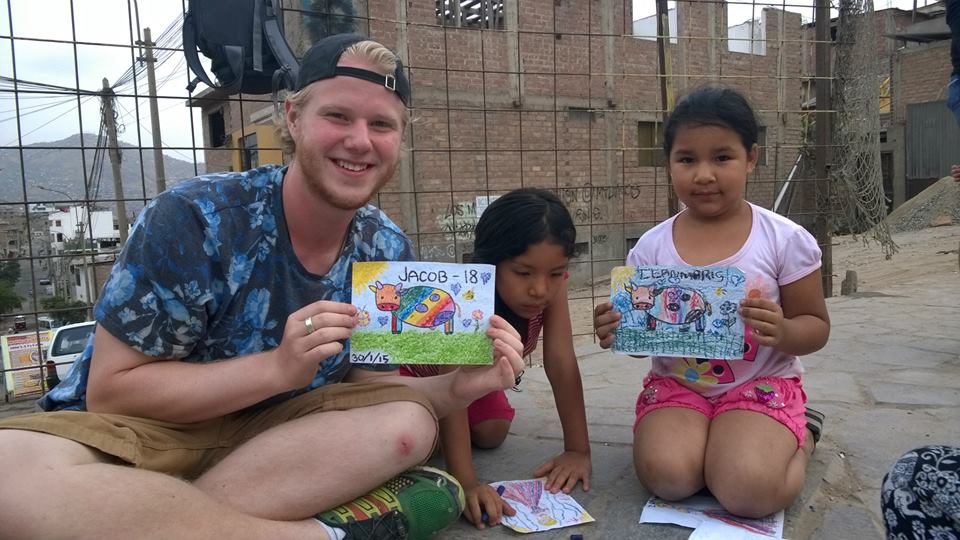 Drawing is one of the many activities Quest Overseas volunteers run with the children – just look at these Picassos in the making!

The project began with one passionate Peruvian man, Alejandro. Seeing that the kids who were left to roam the streets during the holidays often got into trouble later in life, he set out with a few toys and organised activities in nearby areas. Today, under the leadership of Alejandro, the work of Quest and a strong team of locals, the project runs yearlong and has grown to include schools, construction projects and weekly shows. Each year Quest spreads its reach wider to visit more communities.

Some of the places we visited were isolated due to the poor roads and had no electricity or running water. Tiny makeshift houses would spring up overnight with people from the mountains flooding to the city to find work.

As a volunteer on the gap project, my roles consisted of activities co-ordinator, dancer, celebrity impersonator and clown, just to name a few. Essentially, our aim was to provide an unforgettable summer for as many kids as possible. 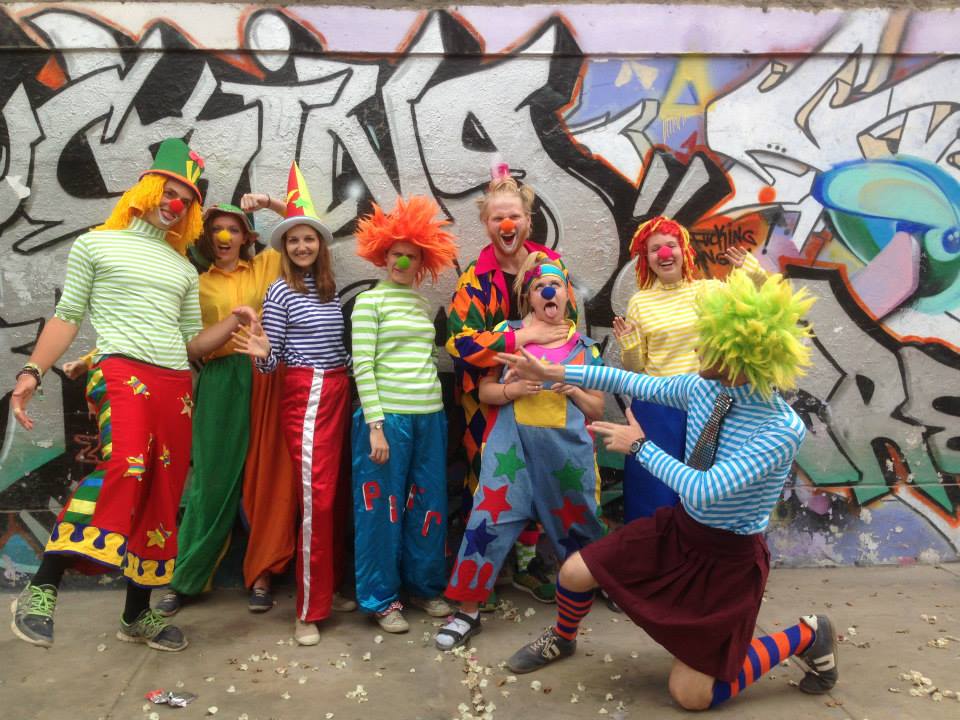 The volunteers found time for clowning around!

We would organise movie nights, which were especially exciting for those living in more remote areas, as many of them had never been to the cinema.

Most afternoons we took kids to the pool and paid for their entry. Although it only costs a few soles, for many kids in Villa María going to the pool is a rare experience.

On Sundays we would perform to a crowd of up to four hundred people in the middle of town. We would dress up as celebrities or Disney characters and dance alongside dancers from the Quest school with Martha and Lucho, the MCs.

And, yes, a large portion of the project consisted of just playing games. We would do colouring in, play throw and catch, and lots of group activities. The idea behind this is more than just having a good time, though. We would try to form connections with kids from different communities, as it is common for groups to be disconnected with one another; one of the reasons why gang violence has been prevalent. We would play sports to encourage teamwork. Many kids have to look after their younger siblings during the holidays. We would provide them with respite and a chance to have their responsibilities lifted for a few hours.

I didn’t fully comprehend the importance of what we do until I started travelling around South America. We would often see children sitting on the streets as their mothers sold fruits and vegetables. Sometimes we were waited on in restaurants by children of no more than ten years of age. The sad truth is that a lot of these children don’t get a chance to just be kids.

I feel as if I gained so much from my time in Villa María. I loved working with the amazing, dedicated and slightly eccentric Peruvians. By living in the heart of the town, shopping at the markets and getting to know the locals, I feel as if I got a taste of a Peru that the tourists don’t get to see. By living and working with the other volunteers, I got to know them so well that by the time it came to go on our three week expedition, it made it all the more fun. 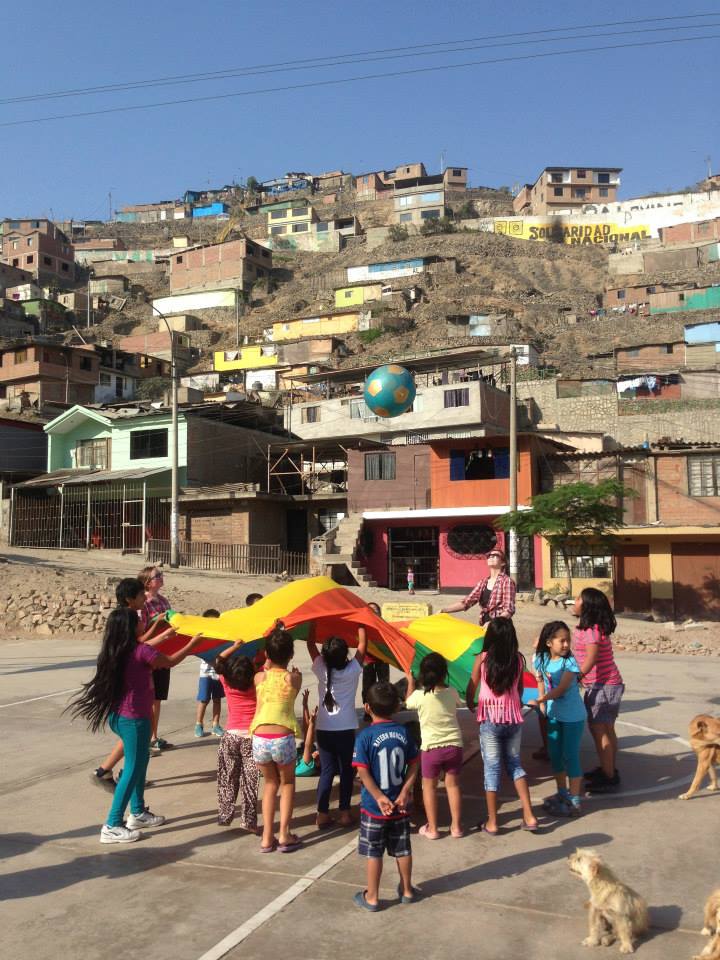 The children loved the parachute games they played!

After six weeks in Villa María, we set out on our adventure across Peru and Bolivia. As a relatively unadventurous person, I have to admit that I was quite nervous about what the next three weeks had in store. I wouldn’t have considered mountain biking, ice climbing and white water rafting to be my idea of a fun time, but I was surprised at just how incredible it was. Riding down the vertiginous death road ended up being one of the many highlights for me, along with sandboarding down the sand dunes of Huacachina, staying on a stunning island on Lake Titicaca, tackling the Inca Trail and fulfilling my childhood dream of seeing the awe-inspiring Machu Picchu.

My time in Villa María and travelling around South America was life-changing. I feel privileged to be part of the work that Quest is doing. I made lifelong friends from all round the world and it is by far one of the best experiences I’ve ever had.