Peru: There’s more to it than meets the eye 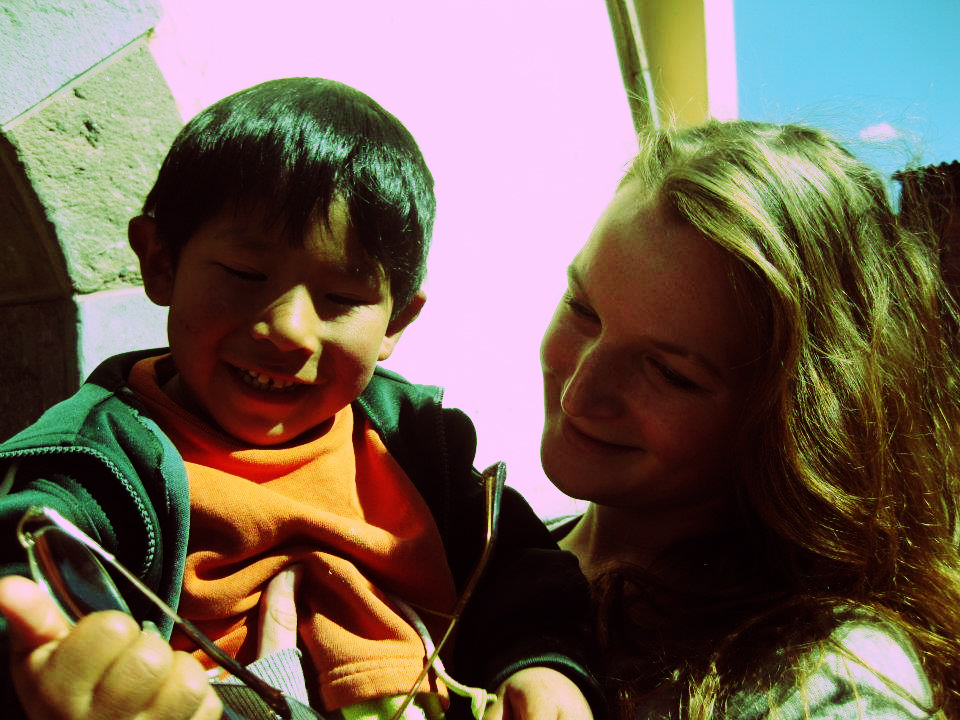 Working with the children at Casa Mantay

As I sit and watch the floods of travellers donned head-to-toe in Alpaca shuffling around the streets of Cusco, clutching their cameras, politely offering a ‘no gracias’ to the countless (and rather dubious) ‘massage’ offers, admiring the impressive surrounding Inca architecture, I think about how differently Peru must appear through the eyes of a tourist. The city of Cusco is impressive, boasting some of the most incredible buildings, the small and narrow streets speak wonders about the history of the place. The bustling markets are swarming with people; the colourful stalls and smiling locals inviting tourists in to ‘Try! Try!’. On top of all that, the restaurants, with western food proving to be a recurring theme at the top of many menus, are not easily missed and leave tourists feeling full and wholly satisfied. However, choosing to live and work in Peru has given me an entirely different viewpoint.

About 3 months ago, I decided to apply for a position as an international volunteer with LAFF, Latin American Foundation for the Future, a small UK-registered charity. LAFF currently works with six partner organisations supporting marginalised children in Peru, with the approach of building independence, not dependence. I’ve realised now that there are so many things we take for granted when entering adulthood. An education, basic life skills and skills that make us employable. Most importantly a sense of self-worth, which many of these kids lack so visibly when they first become a part of the homes for refuges. LAFF believes in giving these children the start in life they deserve by equipping them with these assets. By ensuring partner organisations are self-sustainable, through vocational training, capacity building and income generation plans, LAFF hopes that they will have more time to focus on the welfare and future of the children they care for. While this summer I am only working specifically with four of these partners, I’m already so inspired by the work LAFF does. The projects I’ve visited have been really eye-opening, and I’ll admit that before coming I was quite naïve to the extent of issues affecting children in Peru.

Once you’re on a bus and out of the centre, it’s a completely different world. My first clue that this was the case was in the small and crowded local bus on the way to a project, when a small boy timidly pulled on his Mum’s sleeve and asked ‘why is she so white?’ (There I was, thinking I was catching the sun nicely…). The streets are dust-ridden, stray dogs fight on pavements, and boys as young as four are hauling carts piled high with crates and other goods to sell at the market. The smell of pork-kebabs being grilled by women dressed ornamentally in traditional Andean garments is enticing, rows of pig carcasses flung upon one another in the street seem to stare at you as you pass, and men chewing coca leaves on the side of the road look to be completely lost in thought. To me, it felt that this was the real part of Cusco; a part not bustling with tourists, a part not full to the brim with boys who want to shine your shoes, and a part not hiding the issue of street working and living children behind the mask of tourism. 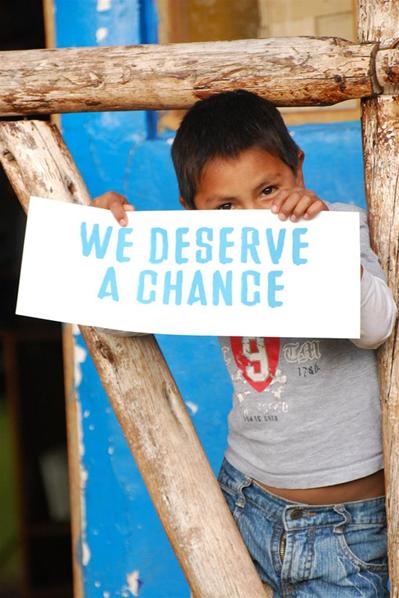 Latin American Foundation for the Future

One project we work with that has particularly captured my attention is Casa Mantay. This is a home for young mothers, ranging in ages from 12 to 18, who have been victims of abuse or child labour. In Peru, two out of three Peruvian women are victims of abuse. A woman is raped every twenty minutes, and that is with only one of eight reported cases of rape being counted in statistics. One in four mothers is under the age of 18, and a staggering 90% of these pregnancies are the result of rape. It’s easy to gloss over those statistics, but they can’t be ignored. These statistics, overwhelming as they are, are the stark, cold reality for far too many women in Peru, and it’s places like Casa Mantay that give these women a second chance. A chance to raise their child in a loving and safe environment, for them to access both material and emotional support and to assume responsibility in a way that will make them wholly prepared to lead a happy and fulfilling life. What captivated me most was the overwhelmingly warm and loving environment. The directors Raquel and Sergio are completely dedicated to giving the girls the skills they need, and while the girls attend school, undertake chores and care for their young ones, they are also given the opportunity to train in a leather workshop onsite that produces and sells beautiful traditional trinkets around Cusco. When I was at Casa Mantay the other day to make some short case-studies of the girls, I was completely taken aback by how welcoming and friendly they all were towards me. We laughed at my Spanish mistakes, joked about the awful Peruvian soap opera they were watching and chatted casually about what their plans were for the school holidays. It’s really difficult to imagine that these girls have the backgrounds they have.

Although I’ve only been here for a month, I’m already starting to see what a difference LAFF is making in the lives of these vulnerable children. Every project I’ve visited seems to be benefiting hugely from the help and support LAFF has offered them over the years. The children are so happy and optimistic and it’s clear to see how thankful they are to receive the on-going care and support they receive. For the next two months, I’ll be helping Casa Mantay launch a new campaign to promote their leather workshop, delivering workshops to the different partner organisations, and I’ll be heavily involved in communications for LAFF, to ensure the message gets back to those funding or donating towards the partner organisations that their support is so strongly appreciated. If you’re feeling inspired, or just looking for something to do besides watching the Olympics, give the LAFF website a visit at http://www.laffcharity.org.uk, or watch one of their videos on YouTube by typing in ‘LAFF Charity Peru’. If that inspires you further, you can make a donation directly towards LAFF at my JustGiving page: https://www.justgiving.com/Jessica-Bray0 to enhance the work i am doing this summer and the work that will continue once i have returned to Durham in September.