One in a Billion: One Hundred Sons 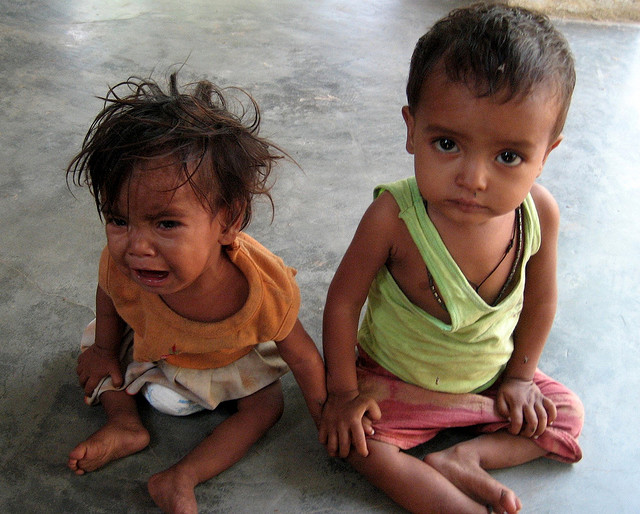 Gender inequality is a prominent issue in India’s culture.

There is a famous Sanskrit phrase that bestows India’s greatest blessing upon a new bride. In 1990, the American journalist Elizabeth Bumiller published a bestselling book, named for the blessing, about the lives of contemporary Indian women: May You Be the Mother of a Hundred Sons.

Bumiller wrote that the India she visited during the Eighties was a country where the birth of a daughter was often viewed as a social and economic calamity. As in other parts of Asia, the practice of dowry had trickled down through the social classes – for economically vulnerable families, the price of marrying a daughter could be several years’ wages. The price of two daughters could be economic ruin. Even among the prosperous, the birth of a son was a cause for celebration, and a daughter, disappointment and social shame.

Twenty years is a long time in economics. Since the liberalisation policies of the nineties, India has experienced unprecedented economic growth, with its economy now ranking fourth in the world in terms of purchasing power. Population has also continued to grow, on track to exceed that of China within 20 years. But cultural habits die hard, adapting to economic and social change. Census data from 1991 shows that for every thousand male children aged below seven, there were 945 females. In the 2011 census the all-India child gender ratio has fallen again, as it has in every census since the sixties, to just 914. In some states, there are fewer than 85 daughters for every hundred of India’s sons.

The causes of this growing imbalance speak volumes about the status of women in much of Indian society. It would seem that the first hurdle in a female life is simply being born: the global media has seized upon the practice of sex-selective abortion, still common despite a vocal campaign and prohibitive legislation during the mid-nineties that drove the market for foetal gender determination underground. The ultrasound technology needed to determine the gender of a foetus is readily available, especially for the wealthy urban classes with access those doctors willing to turn a blind eye to the law, earning a reported 200 million per year from illegal sex-selection procedures. A recent Lancet report showed that the decline in birth gender ratio since 1990 was more pronounced among wealthier and more educated mothers, especially in second births where the first-born child was a girl.

In rural areas, Bumiller recorded widespread if anecdotal evidence of a brutal counterpart to selective abortion: female infanticide. With girl children seen as a liability, many were poisoned or simply neglected until death. Though reliable data is scarce on the subject of infanticide, prenatal gender determination is also on the rise in rural areas thanks to portable ultrasound technology, combined with advertising campaigns urging families to ‘spend five hundred rupees now, save five lakh [a hundred thousand] rupees later’. Compared to the financial burden of dowry payment, an ultrasound costing £6 may seem a wise investment for a family surviving below the poverty line.

Though the covert gender bias underpinning much of Indian society is acknowledged by development workers in the field, changing the cultural patterns of a thousand years is a daunting task for social projects to tackle. Rajkala Partha, founder of Pondicherry-based NGO Sharana, spoke of a cultural prejudice against women and girls that is “not easy to wipe away” – a deeply engrained mindset that could take centuries to alter. Education, she says, is the bedrock of empowered society and the only way to challenge cultural norms. In the villages where Sharana operates, encouraging the increasing education of mothers and female children has all but eliminated the practice of child marriage, which used to be commonplace among girls of just 14. In the surrounding state of Tamil Nadu is India’s longest-running programme providing educative counselling and alternatives to families considering infanticide. It has also seen some success since its introduction in 1992.

Of course, as the Lancet report suggested, education is no panacea: a prolonged school education may protect daughters from early marriage, but will not prevent them from favouring their own sons. Nonetheless, improved female literacy in rural areas is an important step in the empowerment process. The southern state of Kerala, which has the highest female literacy rate in India (91.98%), has achieved near-total male and female school attendance. This has been achieved through highly publicised literacy and training campaigns since the late Eighties and has the highest rating of any Indian state on the UNDP’s Gender-related Development Index. Rajkala agrees that Kerala’s social policies have made an impact, suggesting that the rest of India could “absolutely” learn from the southern example. Education programmes are taking the first steps in the marathon process of empowerment for Indian women.

The first years after conception may be the most dangerous and damaging for India’s women, both real and potential. Gender-selective abortion and infanticide account for millions of ‘missing women’, threatening to imbalance Indian society as the gap continues to widen. Girls prevented from entering the education system by poverty, prejudice and early marriage face bleak prospects and limited opportunities. The next in this series for Causes will look at the place of women in the hierarchy of Indian employment, exploring how economic and social empowerment are intertwined.