One in a Billion: India in Context 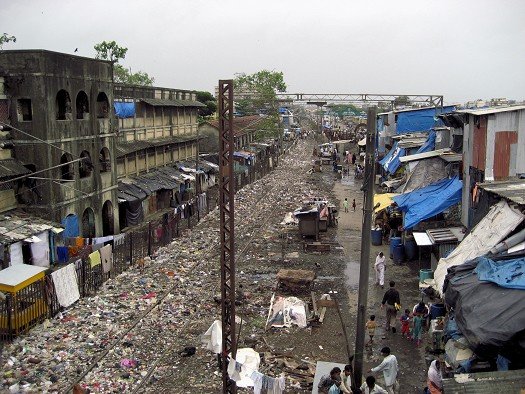 India is a country of economic growth but substantial inequality.

For a Westerner in India, cliché is a kind of coping mechanism. When someone asks you what it’s like in India, it’s preferable to have an answer ready instead of gawping at them like you just stepped out of Delhi airport to find three cows nonchalantly blocking the exit route. The backpackers call it chaotic, the yoga-and-granola enlightenment seekers deem it spiritual; businessmen think it’s up-and-coming, while aid workers see the 450 million of its people living below Delhi’s controversial official poverty line. More than a billion people call it home – the truth about India is that it is vast. A street vendor in Mumbai has little in common with the Bollywood elite in the newspapers wrapping his three-rupee samosas. India is a country divided along countless lines – religious, social and economic.

It is also home to a booming tourist industry, with today’s visitors lured as much by the rush of the cities as by the hackneyed beaches-and-bhang routine of the hippie trail. Tourism and global media have allowed increasing access to Western values, but India has a tendency to put its own spin on things. The prevailing cultural Hinduism does not prevent rickshaw drivers from sticking neon figurines of the Virgin Mary next to the glow-in-the dark Ganeshes on their dashboards.

The Western media see India as a paradox: a rapidly expanding economy – the world’s fourth largest, worth over 4 trillion in purchasing power – with a huge population of urban and rural poor. The recent debate over the UK’s aid package to India illustrates this: while The Mail shrieks that India has more dollar billionaires than the UK and its own space programme, The Guardian laments that India has more poor people than the whole of sub-Saharan Africa. But the question of whether we should give aid masks a larger one: how, and to whom, we should give it.

Despite the unprecedented economic growth over the past 20 years, it is undeniable that a large proportion of India’s population are still in dire need of help. Size is certainly not everything: the stark socio-economic divisions in Indian society have left millions behind in the drive to industrialise, with problems often exacerbated by cultural inequalities. Caste still plays a huge if sometimes covert role in Indian identity, despite the illegality of its most brutal manifestation, untouchability. On an individual level, the infinitesimal variety of caste-groups affects diet, religious practice and social status. On a national level, government affirmative action highlights the complexity of the system: over 1,800 distinct ‘backward’ caste-groups and tribes are constitutionally entitled to reserved places in education, public employment and politics.

But when the seven billionth child is born on the 31st October this year – most likely in India, with its birth rate of 42,000 per day – the most important factor determining its future will be gender. Almost regardless of class, race or caste, women are universally worse-off than their male counterparts: in India, the cultural stigma against the female is so deeply engrained that millions of female foetuses are selectively aborted each year. The outlook after birth is similarly unfavourable for many women: early and forced marriage are still commonplace, and economic subjection expected.

As many have noticed, however, nothing in India is straightforward. A country where gender politics cause suffering to millions has also produced some of the world’s most powerful women, including several prominent political leaders. In assessing how aid or development programmes should be targeted, it is important to consider the complex web of factors that affect the lives of each individual: generalised aid programmes assigned nationally on the basis of gender, caste or even income lack the specificity to pull the poor out of a cycle of poverty. Even an extensive programme of fair-price government food shops, aimed at those living below the poverty line, has not changed the fact that India is home to a quarter of the world’s hungry poor.

The question of how we should help is perhaps the most important. As the director of the Institute of Development Studies Lawrence Haddad noted recently, complexity is the policy-maker’s kryptonite. If context is king, then those with the key to India’s social and economic development are those with the knowledge to identify problems on a local level: grassroots charities and organisations with the local reputation and influence to find and reach those most in need. A fine case-study of this is Sharana Social and Development Organisation, an NGO (Non Government Organisation) based in Pondicherry, south of Chennai: in just eleven years, it has achieved results of which most international aid agencies could only dream. The aim, as the charity’s founder Rajkala Partha explains, is never to imitate or duplicate existing schemes. Each culture, each community, and each individual case requires innovation and attention to detail.

But if that is true, then where does the West enter the equation? Even with the best of intentions, it’s rather difficult to see a problem clearly at a distance of 6,000 miles. Funding is an obvious way for the developed world to help, but only if the money reaches those who need it. The ideal of working in inter-governmental partnership is often hindered by corruption and international politics, and physically sending food and supplies is often only a short-term solution. Taking examples from the field and examining views of Indian development from the media, development workers and the public, in this forthcoming series Causes will take a look at some of the challenges facing both Indian society and those in the West who want to help.