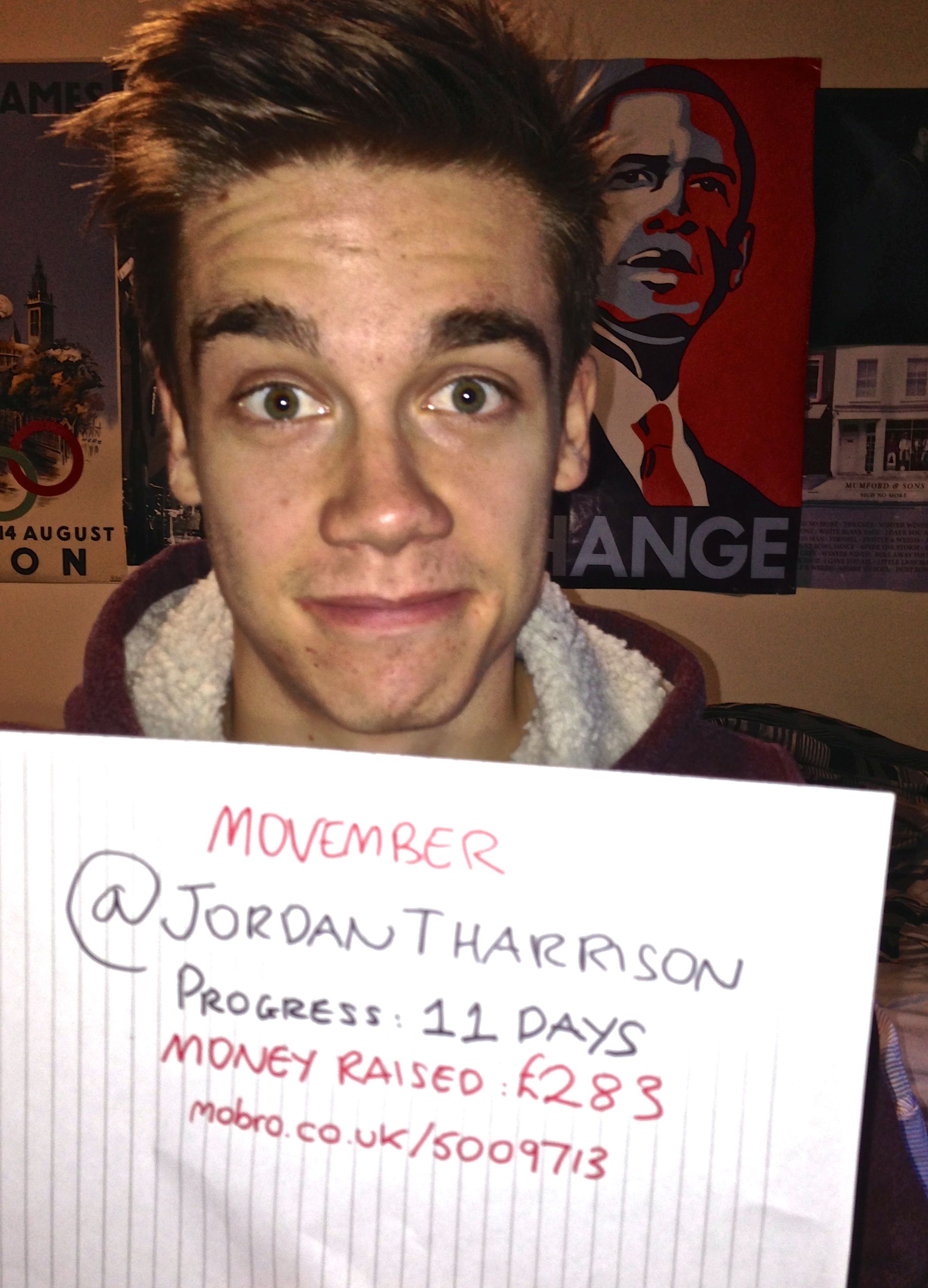 We are now two weeks into the month of November, which primarily means four things. Leaves are withering, the walks to mid-afternoon lectures in near darkness have begun, the John Lewis Christmas advert is out, and most importantly, Movember Moustaches are starting to take shape.

By now most of us would have seen or heard about one of our favourite celebs ‘repping’ a dodgy moustache this month. Stephen Fry has the most tweeted ‘mo’, while Daniel Craig, England Fly Half Toby Flood and Arsenal and England Winger Theo Walcott are also gaining attention. Sceptics among social networks and even some news corporations see Movember as a publicity stunt, it’s even been branded a ‘testosterone test.’

But is this all about proving masculinity? No. It really isn’t. There is a fantastic cause behind the concept of Movember, one that is often overlooked – while the growth of the ‘mo’ is undoubtedly important, the real purpose of Movember is to raise money for men’s health charities around the world, in particular awareness over prostate and testicular cancer.

Movember has grown to become a truly global movement, with more than 1.9 Million Mo Bros and Mo Sistas participating with formal campaigns in Australia, New Zealand, the US, Canada, the UK, South Africa, Ireland, Finland, the Netherlands, Spain, Denmark, Norway, Belgium and the Czech Republic. In 2011, over 854,000 Mo Bros and Mo Sistas around the world got on board, raising GBP 79.3 million.

I’m sure some of you will think how I did this time last year, does raising awareness over Mens Health really matter, I’ve heard the statistics but what are the chances, I don’t know anyone that is affected, there are more worthwhile charities…

I can no longer class myself as one of those unaffected people as this year I lost my history teacher Edward Dingwall, aged just 27, to bowel cancer. He taught me from the first year he joined Berkhamsted School, when I was 14, until the end of my AS Levels. He left the school, perfectly healthy, in July 2011 to go to teach in Oxford. He was ill in early 2012 and missed a few weeks of work but thought nothing of it. In March 2012, Ed was diagnosed with terminal bowel cancer and told he had weeks to live by his doctor. We were told at his memorial that he replied by apologizing to the doctor for having to tell him that news, which is just Ed summed up in a single line. He passed away on Sunday March 18th 2012. That is why I am personally attached to Movember UK, which supports charities such as Bowel Cancer UK among others. Had Ed known of the symptoms, or had a routine check-up, he would still be with us today.

The point that needs to be addressed is that 1.9million formal members are those who have signed up to the website and attempted to fundraise. This number is actually relatively small, especially on a global scale, and I would bet my Mo that there are hundreds of thousands of people growing a moustache this month without any idea of the charitable element behind it. I’d even bet my Mo that hundreds of Durham students are growing a Mo this month, without fundraising! … but there’s still time!

Currently the Durham University Movember Network has raised almost £1000, a great achievement, but one we can undoubtedly double, even treble by the end of the month, and make a real difference. If you’re a President or Social Secretary of a sports team or society, you can make a team page within the network and raise money as a team, or you can run as an individual and try and beat off fierce competition to be the most expensive Mo in Durham!

If you’re a guy and still not sure whether to get involved, have a look at these statistics, provided on the Movember UK website:

• Prostate cancer is the most commonly diagnosed cancer in men in the UK.

• Over 40,000 men are diagnosed with prostate cancer ever year and there are 250,000 men currently living with the disease

• 1 in 9 men in the UK are likely to face prostate cancer in their lifetime. This is comparableto the 1 in 9 women that are estimated to get breast cancer

And ladies, though I would never suggest that you could possibly grow a moustache, you can still help! Be a ‘Mo Sista’, there is an entire page full of information for you ladies, but here are just a few ways you can get involved:

• Register as a Mo Sista and start or join a team

• Order health materials from Movember.com for the men in your life

• Smile at a Mo Bro and compliment his Mo. It helps them grow. FACT.

• Stop asking me if I’m actually participating in Movember because it’s not my fault I can’t grow a proper Mo, I’m only a Fresher..

So what are you waiting for? Get yourself over to uk.movember.com, register yourself as an individual, a team, a society, or even for your College, and read about all the different ways you can get involved, you still have two weeks to grow a mo and raise some do for a fantastic cause.

If you’re worried you won’t be able to grow a moustache, don’t worry… I’ve got the same problem. It’s the fundraising that counts!