Living Below the Line? 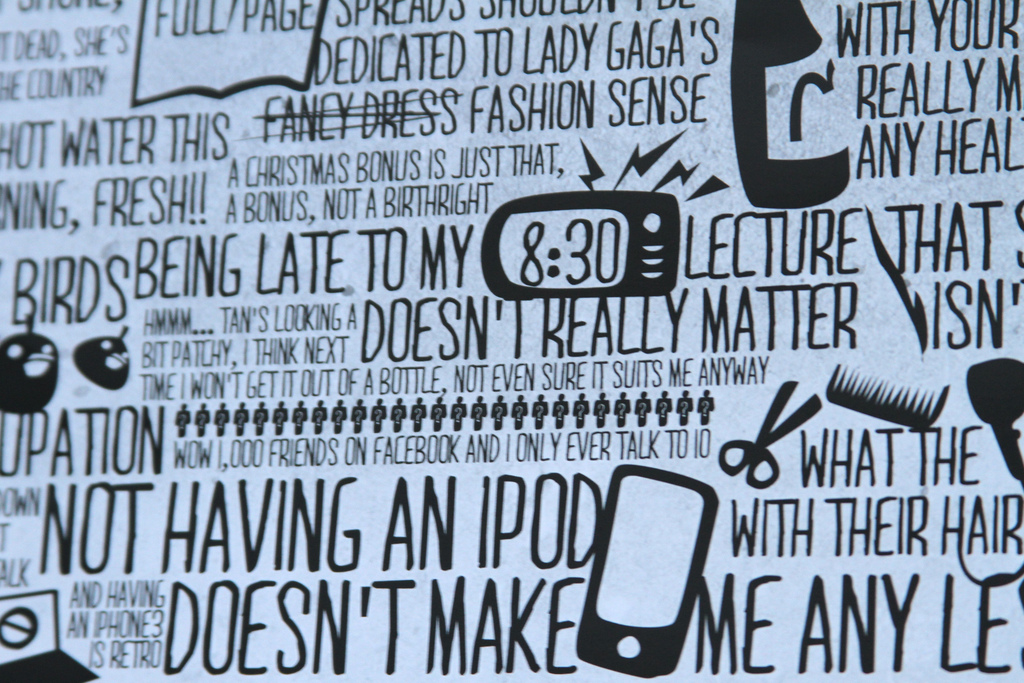 Live Below the Line reconsiders the things we take for granted…

Roughly a quarter of the world’s population live in extreme poverty, which the World Bank have defined as being less than 1.25 per day. The hardships faced by people on a daily basis are hard to even imagine. Yet sadly, they are ever present in today’s society. That’s why the Durham Action Aid Society has teamed up with the Global Poverty Project to challenge the students of Durham to Live Below the Line.

The challenge is designed to give people a unique glimpse into the lives of 1.4 billion people who experience global poverty around the globe. The challenge in Durham commenced on Monday 5th March and ended Friday 9th March. The Live Below the Line challenge is to feed yourself on £1 per day for 5 days – £1 is the UK equivalent of the extreme poverty line. A common assumption is that surely you can buy more in poor countries with this money than you can in countries like the UK? However, the £1 figure is calculated using Purchasing Power Parity, which determines the amount you would have to spend if you were living in extreme poverty in the United Kingdom. As Lucien E. Marin from the Global Poverty Project points out, It’s impossible to imagine, but is the incomprehensible reality for an incredible number of people.

Some daring individuals, such as Durham University’s Victoria Grigson are attempting the challenge for an even longer period of time – in Victoria’s case for the whole of Lent! Victoria, a physics student, is documenting her experience on YouTube in a video blog called Lent Below the Line. Victoria’s blog is all part of the general purpose of the Live Below the Line campaign, which is, quite simply, to increase awareness of the challenges faced by people trapped in the cycle of extreme poverty.

As well as seeking to raise awareness, participants are getting sponsored for Live below the Line in order to raise money for charities involved in the global fight against poverty. In 2011, over 10,000 people were sponsored to take part in the challenge around the world, raising more than £1 million for charities. The Durham participants are raising money specifically for the charity Malaria No More UK. This organisation works to end deaths from malaria, a preventable disease that claims the life of a child every minute and is a chief cause of poverty in African countries. Geography student Jo Woolf explains: We have chosen to be sponsored for Malaria No More UK because Malaria is responsible for one in every six child deaths in Africa and we believe, as a consequence of their work, malaria could be eliminated from the world within our lifetimes.The team is collecting sponsorship via the Live Below the Line website at https://www.livebelowtheline.com/teams/45 and asks you to donate any amount of money to the cause. However cliché, every little does help!

In my experience, £1 is enough to afford three very simple meals per day. These have generally consisted of toast, rice and then more rice, with some sort of cheap sauce. It certainly hasn’t been easy, bland and boring on the taste buds. Other popular items, which a number of people from the Durham group have spent their allowances on are Tesco value eggs, pasta and noodles. No meat, fresh fruit or snacks is affordable – YUM and Starbucks are definitely out of the question! For me, one of the most difficult parts of the challenge has been watching my housemates eating snacks and cooking up all sorts of delicious meals, while having to content myself with less than exciting plates of rice and sauce. The lack of sugar and other key nutrients also takes its toll on one’s energy after a while. For someone who is used to doing a lot of physical activity this is particularly frustrating. This is not to mention the effect it has on your concentration. Working can be difficult at the best of times, let alone when you’re hungry and tired.

If asked whether extreme poverty is a big problem in the world and whether something should be done to tackle it, most of would probably reply, yes. Of course we are rarely confronted with such questions in our everyday lives. Such topics do not make for the most cheerful conversation. Thus, unfortunately, global poverty is one of those many issues that we too often try to ignore, push to the back of our thoughts and hope that someone else, someone less busy or with more power and influence to change things, will deal with it. In comparison to the troubles of our daily lives, the difficulties that others face in distant countries and places are usually of secondary importance to us. Live Below the Line is continuing to inspire many people at Durham University and across the world to ditch this attitude towards poverty and to actively take a stand against it. Our group hopes this can be another step in the direction towards ending extreme poverty for good in our lifetimes.